Lena Dunham was supposed to be the voice of her generation, and her generation had some feelings about that. While it had its issues, “Girls” gave voice to a certain kind of Millennial ennui (read: mostly straight, very white) that tapped into the anxieties of a demographic that had been coddled into an extended childhood and thrust — ill-prepared and somewhat reluctantly — into adulthood during an economic recession. Dunham’s alter ego Hannah Horvath touched a lot of nerves, but even those put most on blast by her brand of neurotic entitlement couldn’t deny her particular charms: She was damn funny.

A decade later, Dunham and her producing partner Jenni Konner are attempting to do for Gen Z what “Girls” did for Millennials. Written by father/daughter duo Daniel and Zelda Barnz (who is 19) and titled with a wink to Dunham’s early moniker, “Genera+ion” follows a group of California teenagers as they explore their sexuality in an ever-shifting world. Though the cast of newcomers is inclusive of many racial identities, this particular lens of identity exploration is left mostly untouched, an oversight of the white creatives behind the project. The first four episodes provided to critics, for example, spend much more time on a biracial character’s gender expressive fashion than on how he feels about living alone with a white grandmother.

The pilot introduces some of its characters with white block letters, beginning with aforementioned fashionista Carter (Justice Smith). Earning yet another dress code violation for his rainbow striped crop top, Carter is clearly intrigued by the new guidance counselor Sam (Nathan Stewart-Jarrett), eyeing him from across the track and sussing out potential gay vibes with a calculated nonchalance. Sam steers the relationship towards the professional, however, when a photo of Carter from atop a water tower raises alarm bells. As the two develop a convivial rapport, mostly via a recurring bit about their shared obsession with sudden death, it’s refreshing to see a healthy and platonic relationship between two Black queer men onscreen. 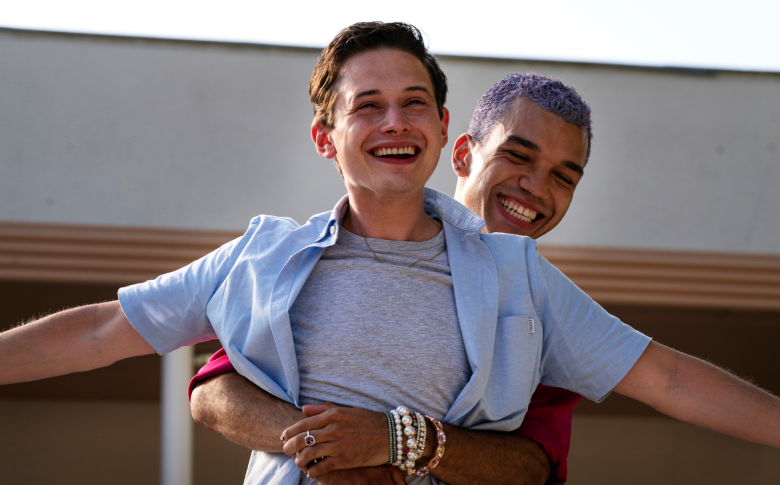 Lest we linger in that sweet reprieve for too long, “Genera+ion” is quick to throw focus on rich white people — you know, to even out the balance. Carter gets a slow burn love interest in whiny bisexual Nathan (Uly Schlesinger), whose personality consists of being horny for everyone and fighting over boys with his twin sister Naomi (Chloe East), who’s just as loud but even duller than Nathan. The storyline is net positive due to the presence of the always superb Martha Plimpton, whose throaty take on the religious conservative mother turns a drunken “kids today!” monologue into a three-act play.

The third character to get their name in bold is Greta (Haley Sanchez), a shy Latinx girl who’s been living with her Aunt Ana (Nava Mau) since her mother was deported. Greta feels the least fleshed out in these early episodes, easily upstaged by louder ensemble characters who get less backstory but seem just as central. They include Nathan’s best friend Riley (Chase Sui Wonders), a tomboyish flirt who catches Greta’s eye; Arianna (Nathanya Alexander), a bratty rebel who justifies her mild homophobia because her “dads are fags”; and Delilah (Lukita Maxwell), who loudly takes issue with gendered language in math problems.

Stylistically, “Genera+ion” uses a few gimmicky structural elements that might have felt fresher with a little more consistency. The pilot is told through different characters’ perspectives of the same day, such that we see certain scenes play out from different angles while filling in a few blanks. The repeated scenes rarely reveal anything new that couldn’t be inferred, and the technique is used too randomly throughout the series to feel intentional rather than like a crutch. 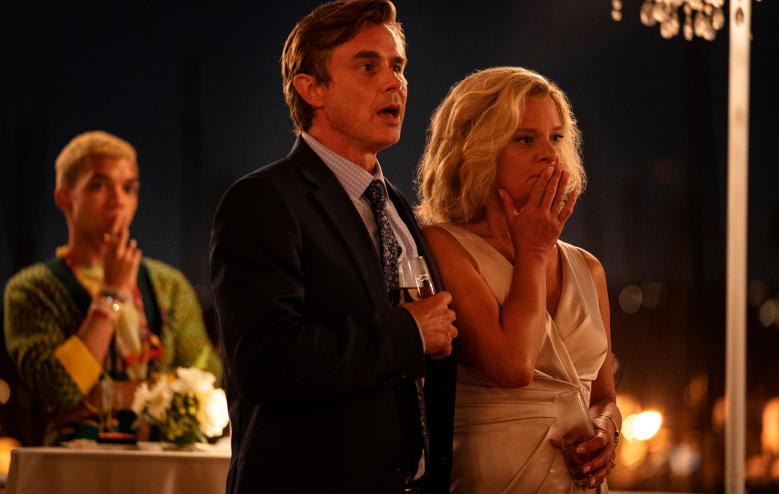 “Genera+ion” is available to stream on HBO Max.