The 23-year-old, who has recently been partying in Portugal with pal Chloe Ferry, posed fro a series of at-home snaps in her underwear collection. 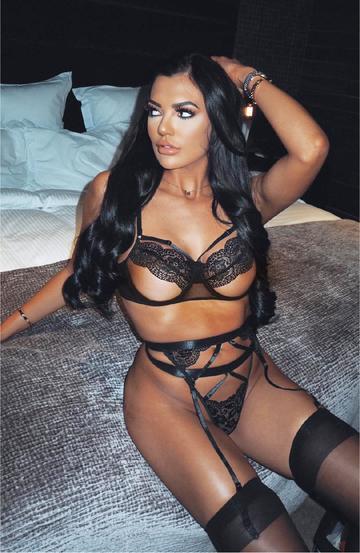 Announcing her line with lingerie maker Nikki Intimates, reality star Abbie stripped down to her favourites of the underwear sets in a promotional shoot.

Posing in the kitchen, living room, bedroom and balcony of a stylish apartment, the star was captured drinking wine and eating sweets.

First donning a cheeky black three-piece set, including a cut-out bra, lace knickers and suspenders, the star relaxed on a large double bed.

She was then seen in the same spot in a skimpy orange number, looking coyly away from the camera and eating sweets as she kneeled on the bed. 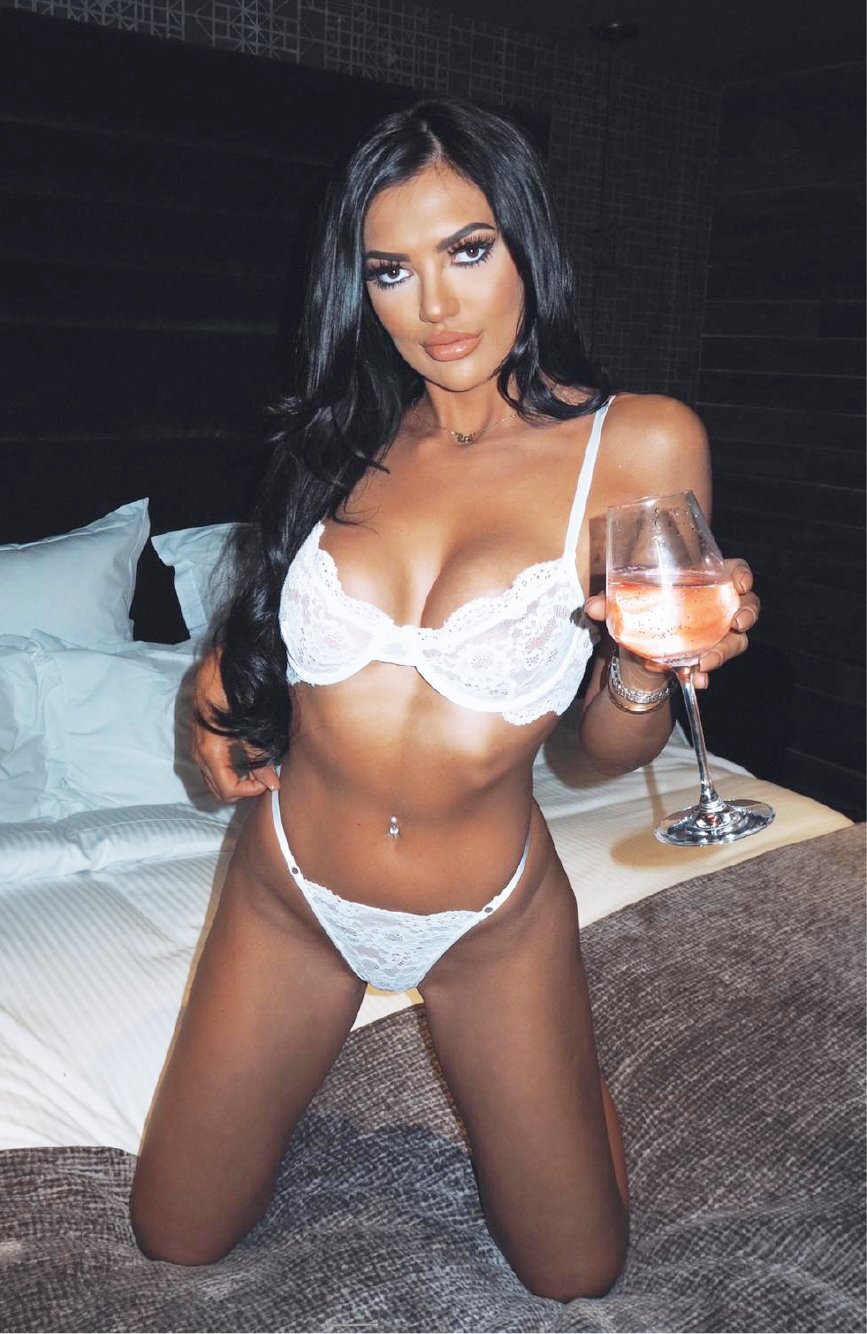 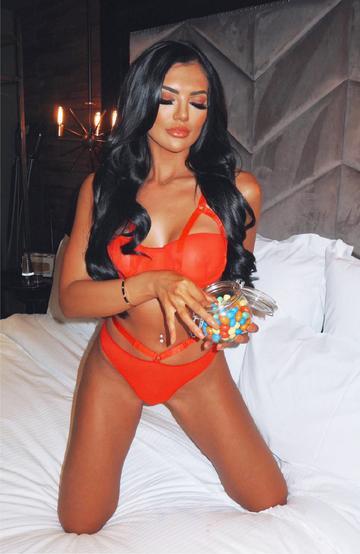 In a third bedroom snap, Abbie showed off her trim figure in a two-piece white lace set, fixing a sultry stare and sipping from a wine glass.

Making her way around the house, the reality star then donned a see-through black set, showing off her ample assets, as she posed in the hallway.

Abbie then headed to the sofa in another saucy look – including sheer and lace suspenders that accentuated her curves.

In the living room, Abbie leant up against a shelf of books in a eye-catching pink set, placing a hand on her hip as she pouted towards the camera. 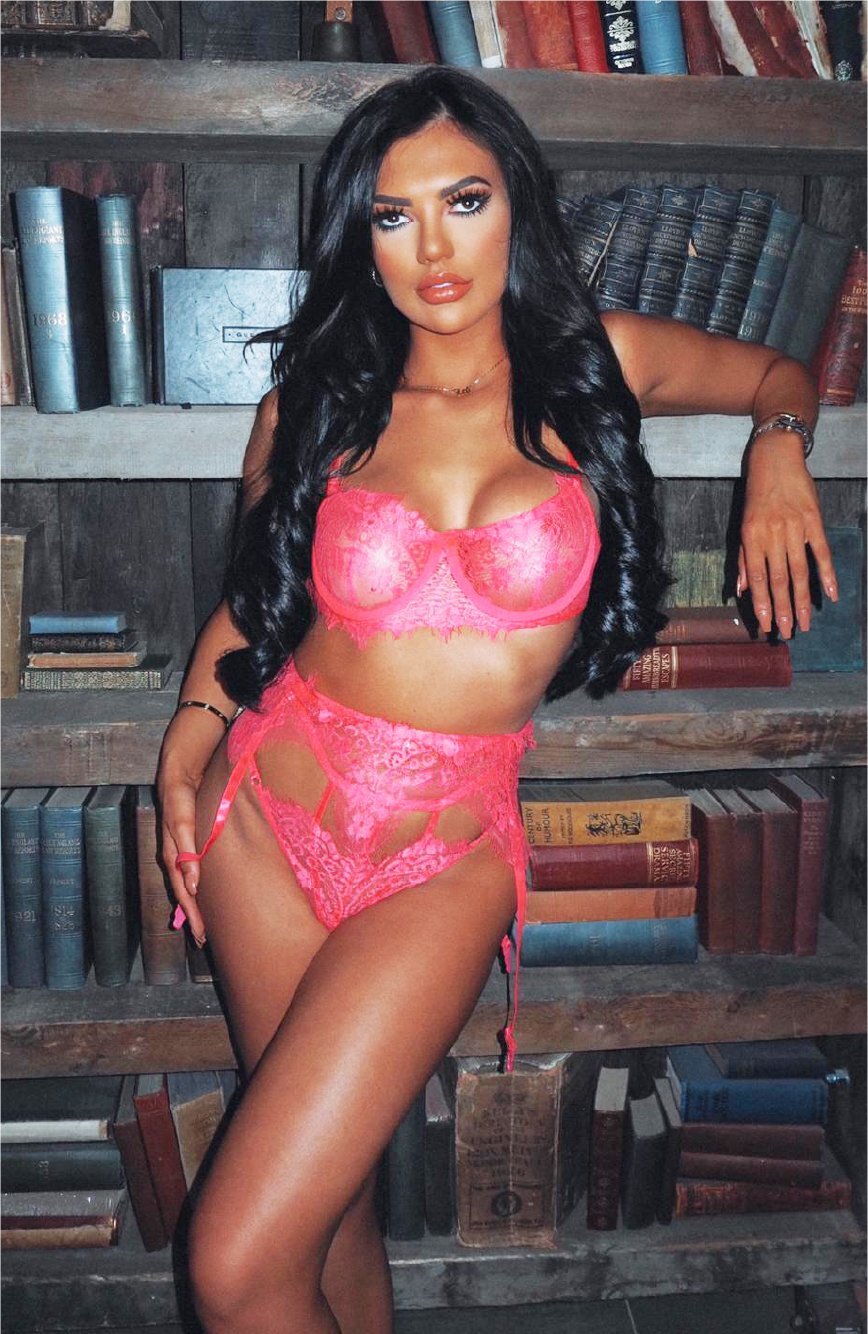 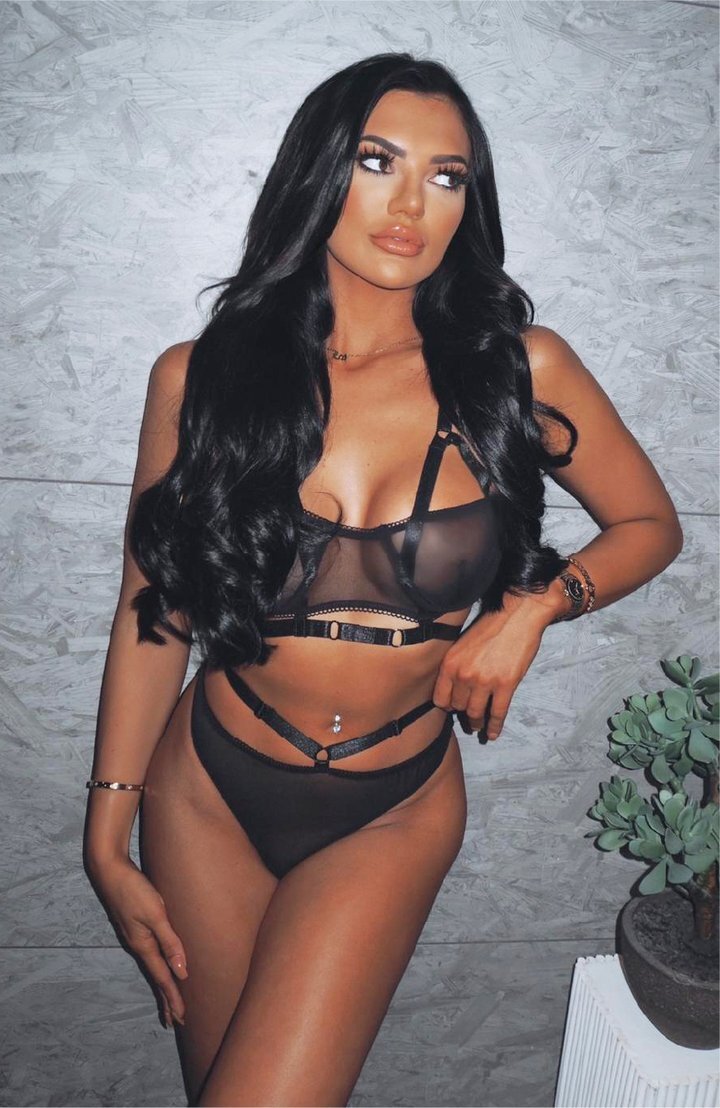 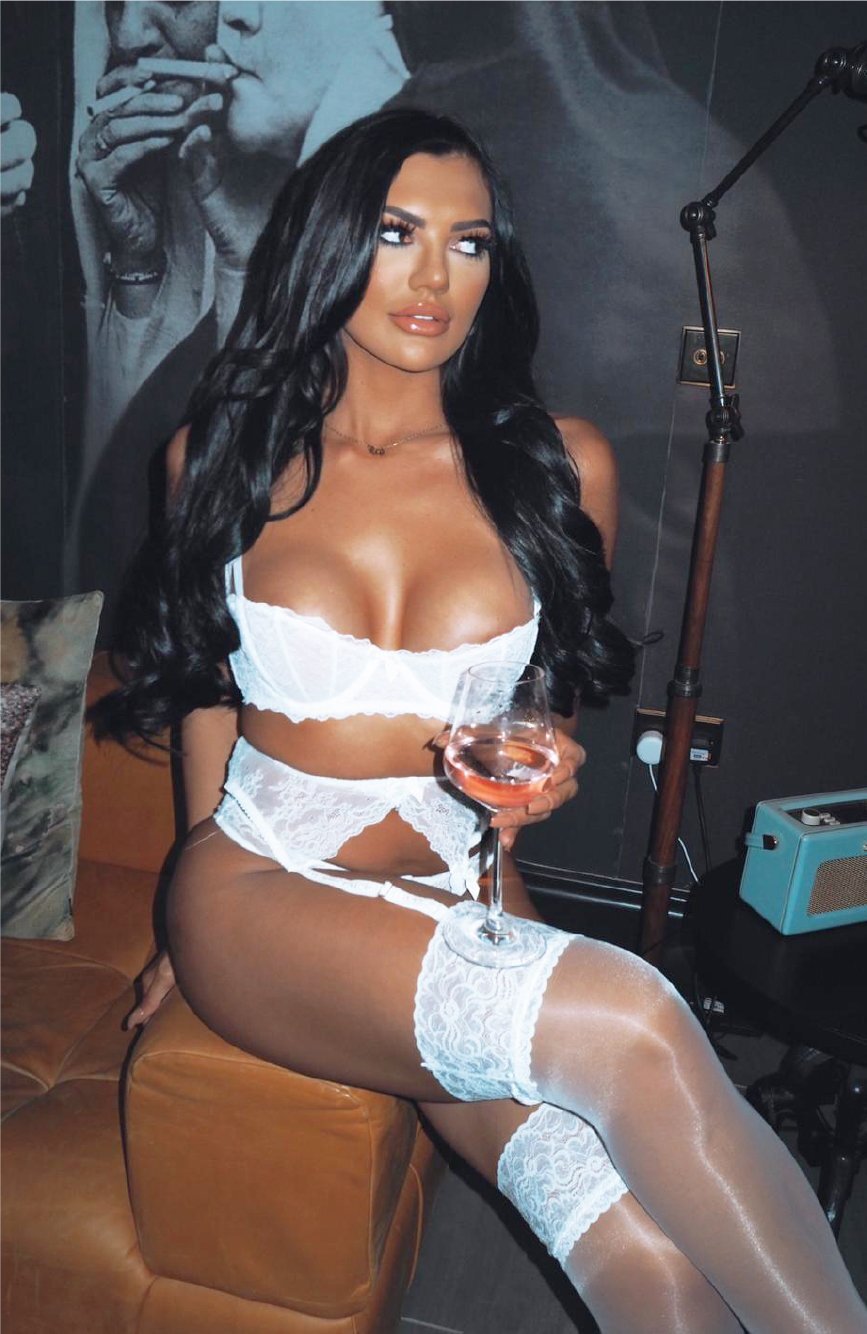 While in the kitchen, she slipped back into white, showing off her sun-kissed skin, as she poured a glass of milk.

Finally, Abbie got some air on the balcony, treating neighbours to a view of her perky behind as she posed in a lace cut-out trio.

For all of the sultry shots, the Geordie Shore star wore her long dark tresses flowing down and over her shoulders in shiny loose curls.

Abbie also opted for a glamorous palette of make-up, including false eyelashes, heavy contouring and a glossy nude lip. 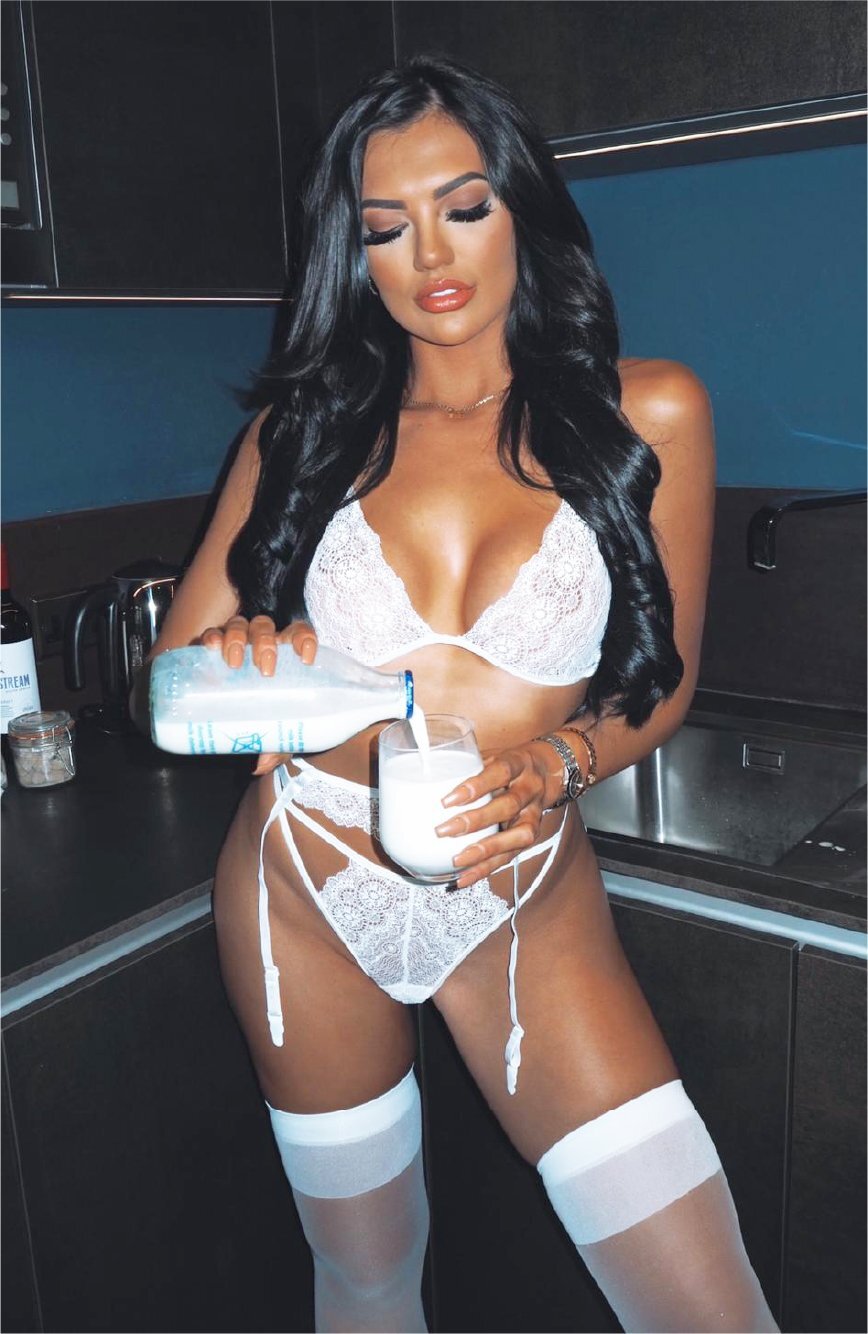 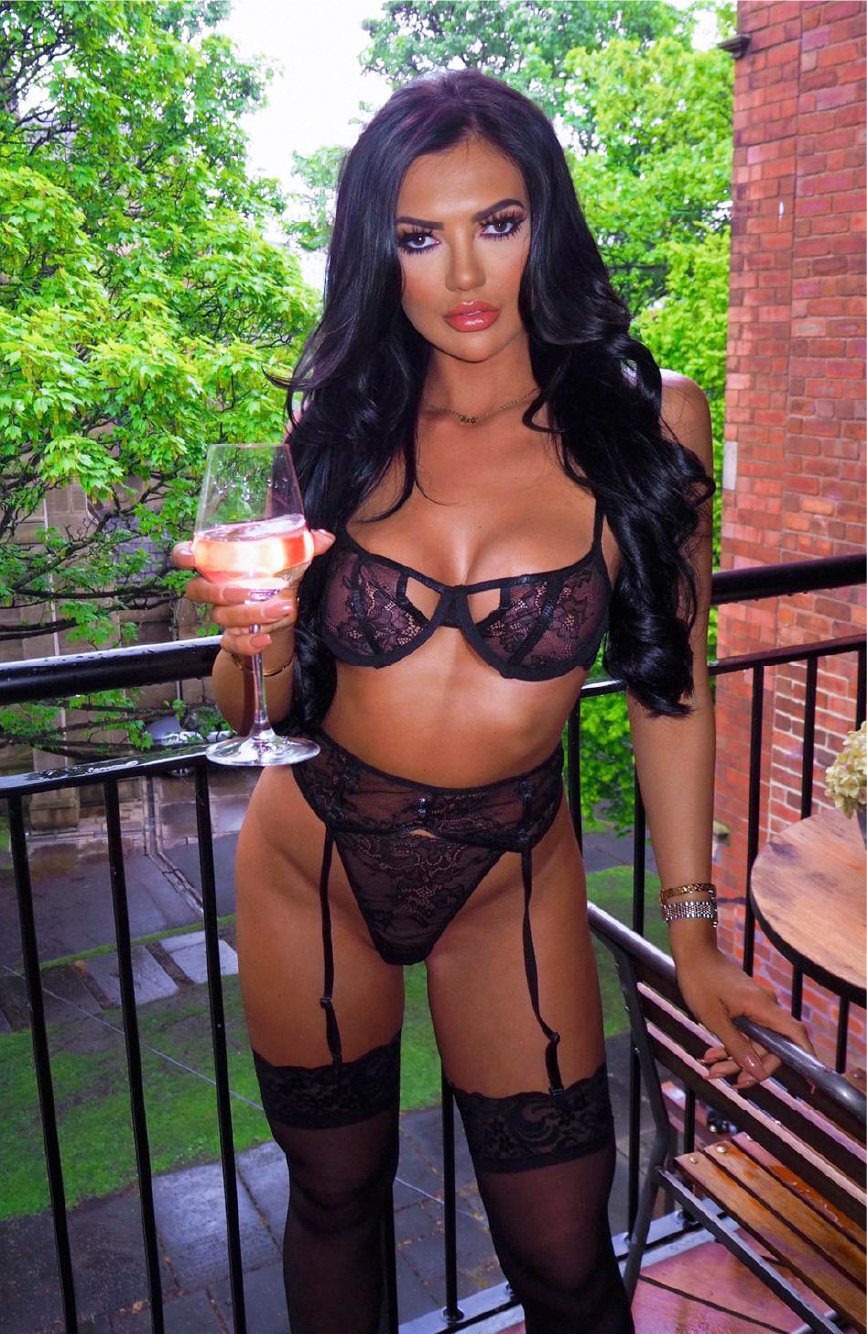 The sexy photos come after Abbie revealed she had split from her convicted drug dealer boyfriend last year.

The reality star told her fans she's currently single during a Q&A on Instagram after splitting with ex Charlie Gratton in January 2020.

A source close to Abbie told The Sun Online: "She’s a sweet innocent girl, her friends are pleased she saw sense."Abbie left him around four months ago and is now happy being single."

Abbie found love with Charlie, who was given a three year sentence in 2018 after admitting possession of ecstasy and ketamine with intent to supply, last spring.

Charlie, 27, was one of 12 drug dealers who was jailed for possessing drugs with the intent to supply at Creamfields music festival.

Abbie's rep confirmed the split, adding: "I can confirm Abbie is enjoying single life, she’s now focusing on her clothing brand and other business ventures."

Corrie's Simon Gregson, 44, arrives to work in flash yellow Mustang after revealing he's on medication for his 'awful' anxiety