Surprise! Chyler Leigh wasn’t the only familiar face to pop by Grey’s Anatomy on Thursday.

Eric Dane, who played Mark “McSteamy” Sloan for seven seasons, returned to the Grey’s world in the latest episode, reuniting his character with Leigh’s Lexie Grey for the first time in nearly a decade.

If you remember, Mark perished in the season 9 premiere following the fatal plane crash that killed his love, Lexie, in the eighth season finale. In her final moments, she thought about the life they could have lived together had they not been in the plane crash. Though Mark hung around a little longer, he ultimately died from complications via injuries sustained in the crash.

During Thursday’s episode, Meredith asks whether Mark and Lexie are still together in the afterlife. “On your beach looks like we are,” Mark says rather coyly. We’ll take it? 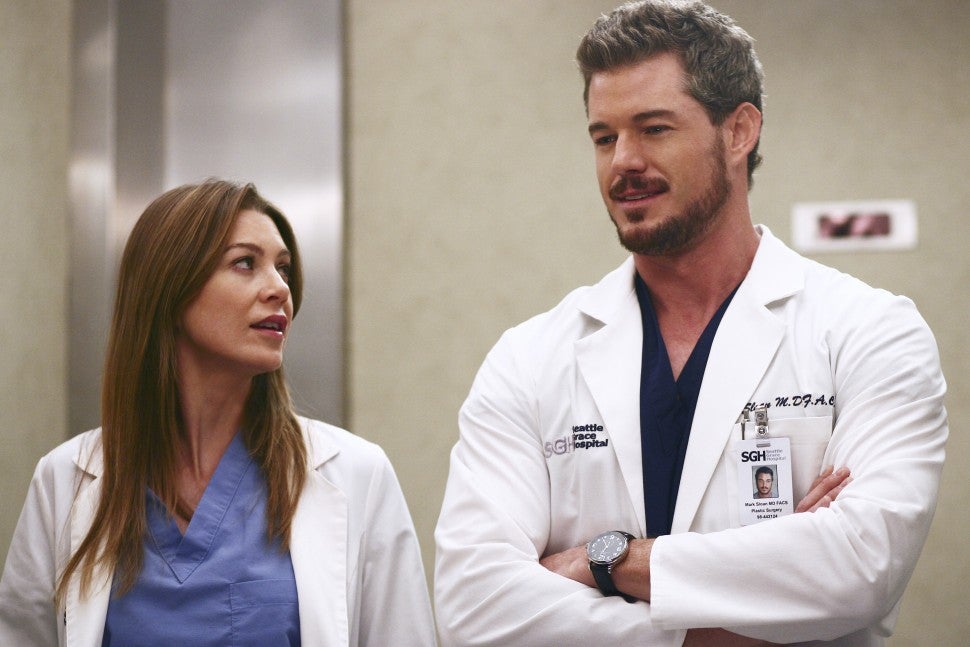 Camilla Luddington hinted in December that there was a moment “more shocking” than Dempsey’s return as McDreamy. Could she have been hinting at Leigh’s return?

“I just read a script, literally in the past two weeks, that completely floored me,” Luddington told ET’s Katie Krause. “I had no idea and it’s wild.”

“This season is, honestly the season just turns everything on their head. In fact, I didn’t even believe it. I was like, ‘That’s not real.’ I was texting people! It’s a crazy season. To me, it was more shocking [than McDreamy’s return]. But to somebody else, it might not be. But to me, I just really did not see it coming.”

Grey’s Anatomy airs Thursdays at 9 p.m. ET/PT on ABC. For more, watch below.

To stay up to date on breaking TV news, sign up for ET’s daily newsletter.

Performer of the Week: Zoe Kravitz