This Morning hosts Phillip Schofield and Holly Willoughby spoke to artist Tom, who uses his mouth and feet to create stunning paintings. Tom had created a picture especially for the ITV show but Holly accidentally unveiled half of the image before even speaking to the artist as she suffered an awkward blunder.

As Holly and Phillip went through what was coming up, a member of the crew could be seen walking in front of them to place the covered image on the table.

A snapping sound was heard following by laughing from Phillip before Holly could be seen scrambling to save the picture.

But as she did so, the red cloth covering it fell off exposing half of the image.

Holly gasped before covering her mouth in shock while Phillip put his head in his hands. 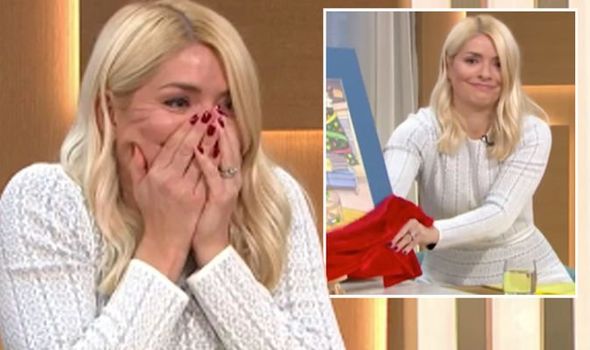 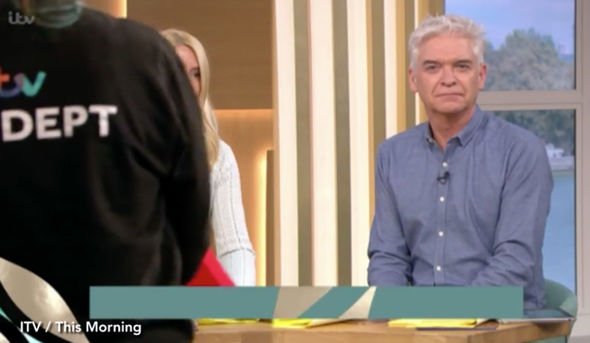 Phillip could be seen mortified for his co-star as she scrambled to the cover the painting back up.

Her co-star remarked: “Thank goodness you are not the Queen. What a rubbish unveiling that was.” 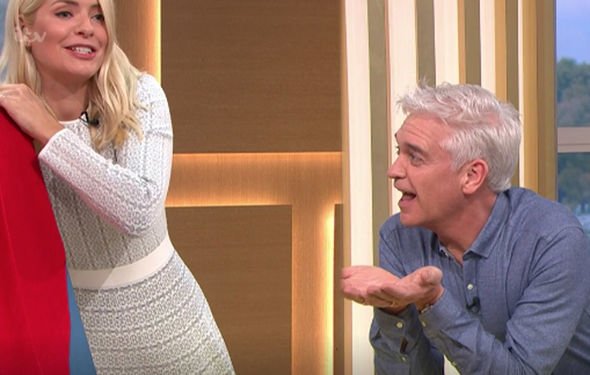 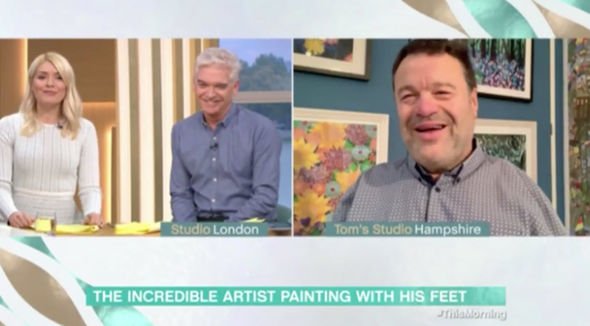 “It was not my fault it fell over!” Holly cried out.

But Phillip continued: “It was seen being put into shot.”

Holly tried to save the moment, insisting: “You haven’t seen the whole painting though, have you?

“And I bet you really want to know what’s under that cloth now don’t you?

“I think I’ve added to the excitement.”

Phillip continued: “You’ve added to the mystery, that’s for sure, because he’s an experienced artist whose talents have seen him create a range of stunning canvases.

“But unlike most others in his professional Tom Yendell does not use hands to paint. He uses his feet.”

“Yes after he was born without arms, Tom has learnt to adapt in the most incredible ways,”Holly shared.

“And we’ve got some of his incredible work here. Tom, I can only apologise for my fumbling, useless ability at keeping this a secret.”

After chatting to Tom about his painting, the pair went on to reveal what he’d created for the ITV magazine show.

It was a beautiful painting of the This Morning studios all decorated for Christmas.

Britain’s Got Talent 2019: Could Kseniya Simonova be The Champions winner? Here’s how