James began the segment by telling viewers the benefits of celeriac as he can be explained that he finds the vegetable “absolutely fascinating”.

“It looks really ugly, but it packs a punch in terms of flavour,” James explained.

“The texture is very similar to parsnips, but it can be used for a variety of different things.

“It can be used raw as well as cooked and it is really, really delicious.” 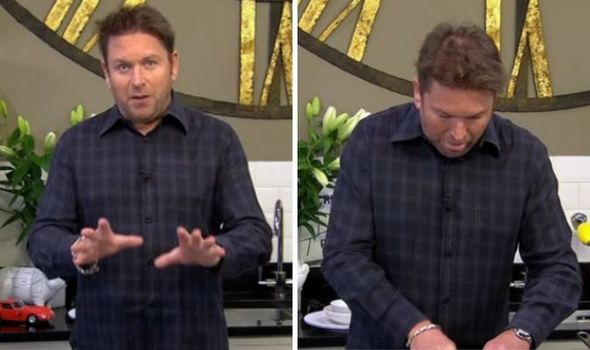 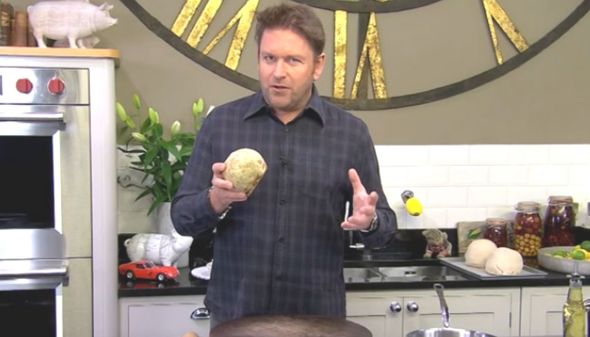 The celebrity chef started by slicing the celeriac as he told viewers he was going to turn it into a soup.

“It doesn’t go brown if you leave it out,” he continued. “But, what I’m going to do is just a simple soup.

“You cook the soup simply to let the celeriac come out more than anything else.”

He went on to add that in order to speed up the cooking time, he was going to dice up the vegetable into smaller pieces. 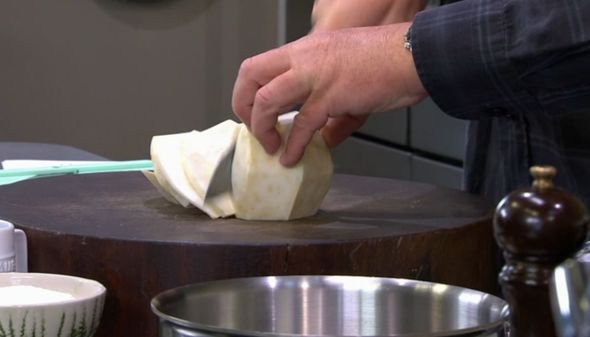 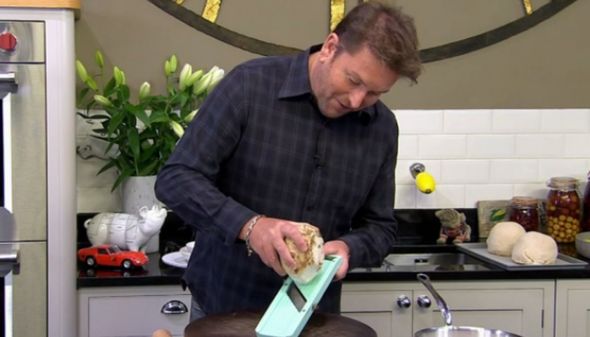 Going on to the second dish, James demonstrated how to make a French remoulade – which he explained was similar to coleslaw.

“This is the raw version of this dish,” the 47-year-old said. “All you do is cut the root off the bottom.

“We basically just peel it, and then what we do for this one is thinly slice it. You can use a knife, or you can use a little mandolin.

“And this is like the French equivalent to coleslaw.”

Speaking about his childhood and how his hatred of coleslaw came about, James added: “I don’t mind coleslaw but it kind of left me scarred for life as a young kid.

“As you got dragged to weddings, yeah…I just don’t even want to go near it.

“When you thinly slice this using a mandolin you get it nice and thin. We’ll create this wonderful kind of slaw.

“You’ve got to make sure this celeriac is nice and thin to start off with. The strips first if all.”

As he started to chop the celeriac into strips, James urged as he said: “More often than not coleslaw would be done on a grater.

“But if it’s made fresh then it’s absolutely fantastic but so often it’s not.

“It’s left to sort of sweat for two days in the fridge. But when it’s fresh like this is really delicious.

“This is fantastic with roast chicken, with celeriac mash or chips and you can deep fry them as well.”

Jame Martin’s Saturday Morning returns on Saturday at 9.25am on ITV.

‘Day Of The Dead’ & ‘The Surrealtor’ TV Series Ordered By Syfy