Line of Duty’s season six comes to a dramatic conclusion on Sunday as BBC viewers finally get to find out the identity of the elusive “H”, the fourth man or woman running the OCG. In last week’s cliffhanger, DCS Patricia Carmichael (Anna Maxwell) appeared to rule out superintendent Ian Buckells (Nigel Boyle) as having any involvement with organised crime but could she be instrumental in keeping the identity of “H” secret?

The seemingly mediocre cop was charged with perverting the course of justice in episode three.

Superintendent Ted Hastings (Adrian Dunbar) charged Buckells after he failed to provide a plausible explanation for his inaction over links between Operation Lighthouse and the OCG, his relationship with Deborah Devereux (Kerri McLean), the missing files found in his car and his commendation for Ryan Pilkington (Gregory Piper).

In last week’s instalment, Davidson confessed to framing her superior officer but one fan suspects Buckells may still be guilty. 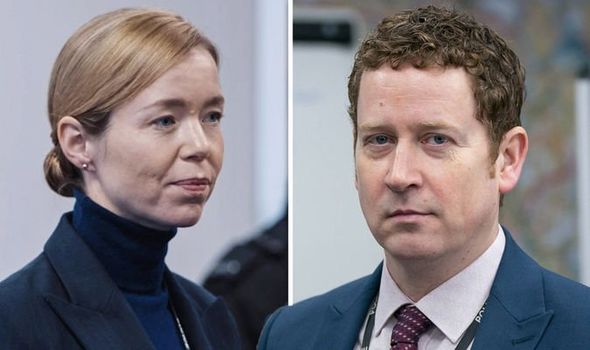 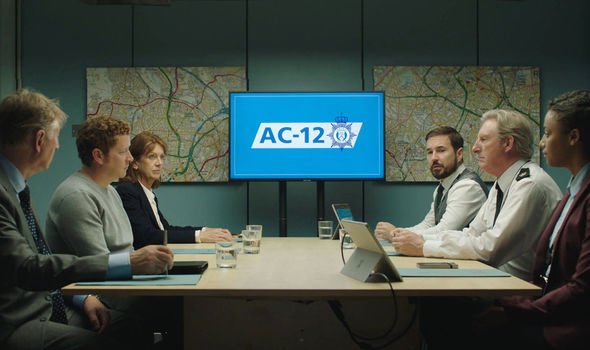 Writing in Reddit, Strawberries180 wrote: “Davidson has previously defended Buckells by admitting planting evidence on him, manipulating him and pointing out he’s not the brightest.

“Carmichael on that basis readily jumps to start proceedings to withdraw his criminal charges.

“But then Carmichael and Hastings work through the files found in her flat. Buckells in the files notes the previous DCI is now working on OCG connections to Gail’s death. But he then replaces him.

“According to the files Buckells suggests Davidson – even though he’s never worked with her. 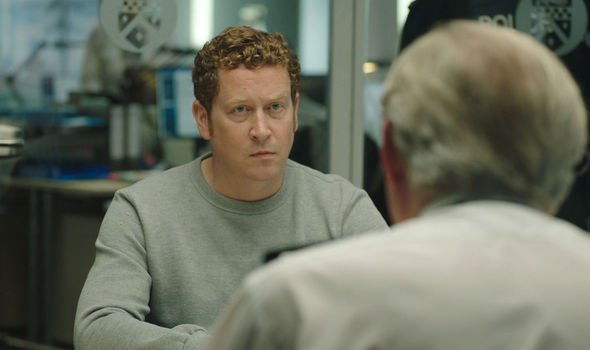 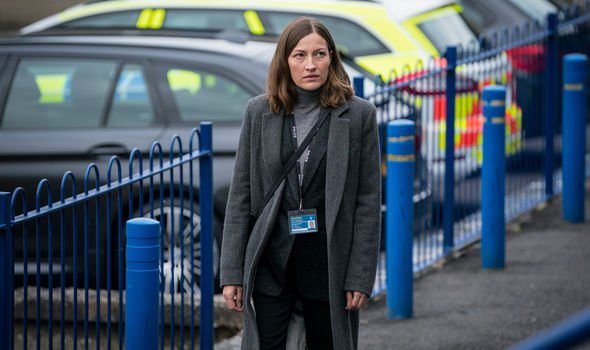 “When asked about the file contents Buckells denies all knowledge and claims not to have written the documents.”

The Line of Duty fan questioned who could have been responsible for writing those documents if Buckells is telling the truth.

“Why is Carmichael so keen to exonerate Buckells – she’s ignoring the easiest answer – that he wrote the memo in his name and is responsible for appointing Davidson controlled asset to the key inquiry,” the fan asked.

“And isn’t who suggested Davidson and organised her posting to the crucial job the next prime suspect for either someone near the top of the corrupt officer web or H themselves?”

“Doesn’t Hastings need to look at the computer records of who wrote what, and who else sent that memo and if it’s handwritten he needs a graphologist?”

Agreeing with the conclusion, another fan said: “The more I think about it, the more I’m convinced Buckells is bent as a nine bob note and Jo has been engineering it to get him caught for a while.

“She successfully nudged Kate in the right direction earlier in the series and then said, ‘You’re ex AC-12, you tell me’ when Kate asked what she should do about the evidence she’d collected.”

“Jo has then told the truth about her role in his arrest in glass box 2.0 – manipulating the wrong surveillance authority, planting the files and then refusing to charge Terry Boyle which angered Buckells.”

“This has the nice effect of appearing to get Buckells off the hook,” they continued.

“Jo is not seen as a rat and there’s some self-preservation going on but crucially she leaves a couple of key questions unanswered for Kate and AC-12 to keep looking into.”

Will Buckells be exposed as “H” who has enlisted Carmichael’s help to keep his identity as a corrupt police officer hidden?

Line of Duty continues on BBC One on Sunday at 9pm.

Coronation Street: Yasmeen's escape from Geoff explained as the abuser fakes his own death