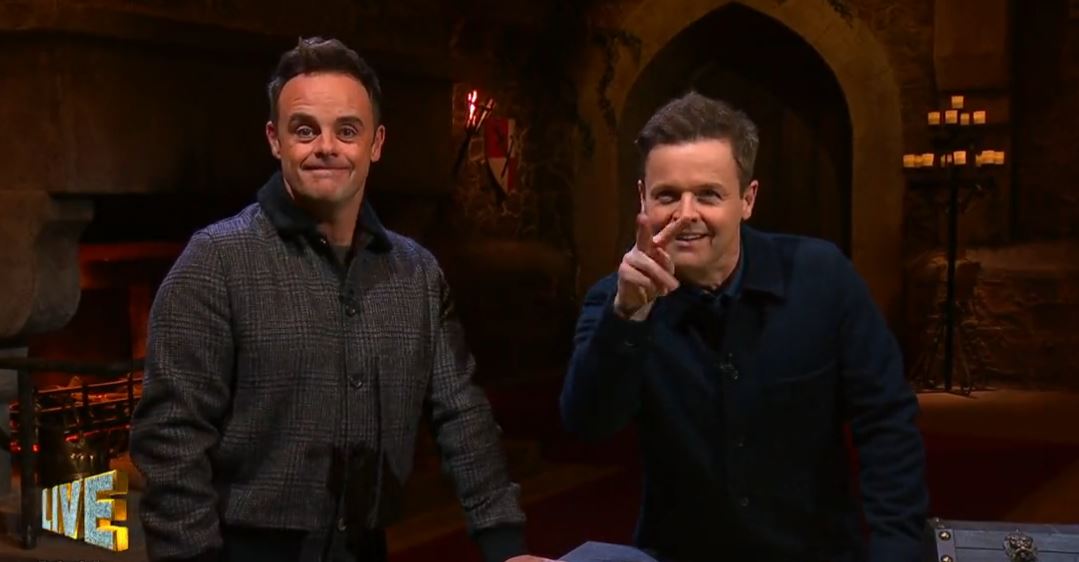 Ant McPartlin and Declan Donnelly wasted no time in calling out the Prime Minister over the ‘fictional’ Christmas party scandal on I’m A Celebrity… Get Me Out Of Here! tonight.

The presenting duo took a swipe at Downing Street just hours after footage was released of Boris Johnson’s former press secretary Allegra Stratton answering questions at a mock press conference on December 22, 2020, about an alleged bash the previous Friday.

At the rehearsal with Ms Stratton, Ed Oldfield, a special adviser to Mr Johnson, asked her: ‘I’ve just seen reports on Twitter that there was a Downing Street Christmas party on Friday night, do you recognise those reports?’

Ms Stratton replied ‘I went home’ before a discussion with colleagues about whether the event was a ‘cheese and wine’ evening.

She added: ‘This fictional party was a business meeting … and it was not socially distanced.’

Ant and Dec referenced the video during a live segment while telling viewers a new camp leader had been chosen.

‘It is all change in camp now because yesterday the celebs chose a new leader by the gift of a secret vote,’ Dec said.

Ant continued: ‘It means David’s reign is over, but they weren’t celebrating. They didn’t have a party.

‘They categorically deny any suggestions that they had a party and this fictional party definitely didn’t involve cheese and wine or a secret Santa.’

Viewers applauded the moment on social media, with one writing: ‘Ant and Dec mentioning the “fictional” Christmas party on #ImACeleb can only be helpful getting the message out.’

Ater denying the #ImACeleb’s had a party in the castle

Ant and Dec calling out the Tories Christmas party on #ImACeleb and saying âgood evening prime ministerâ¦ for nowâ pic.twitter.com/8qL8Iyt96G

Ant and Dec mentioning the ‘fictional’ Christmas party on #ImACeleb can only be helpful getting the message out.

Ant & dec calling out Boris over his Christmas party last year! YES ANT & DEC THIS IS WHAT WE WANT!! ðð»ðð»ðð» #ImACeleb pic.twitter.com/ULJe5uyoV2

Echoing a similar sentiment, another added: ‘Ant & Dec calling out Boris over his Christmas party last year! YES ANT & DEC THIS IS WHAT WE WANT!’

In response to the footage, a Downing Street spokesman said: ‘There was no Christmas party. Covid rules have been followed at all times.’

I’m A Celebrity… Get Me Out Of Here! continues on Wednesday at 9pm on ITV.