Home » TV & Movies » Is 'The Bold and the Beautiful' Actor Lawrence Saint-Victor Married in Real Life?

Lawrence Saint-Victor has played the recurring role of corporate lawyer Carter Walton on The Bold and the Beautiful since 2013. His character has had his fair share of relationships throughout the years, several times getting engaged, only to call it off before getting to the altar. As of late, his storyline on the show has revolved around a sordid affair with Quinn (Rena Sofer). Walton, always the romantic, is responsible for joining several couples in matrimony as the designated wedding officiant for Forrester Creations. But, the eligible bachelor has never made the walk down the aisle himself. Many fans of the popular CBS daytime soap opera are curious to know if Lawrence Saint-Victor is married in real life.

Saint-Victor defines the meaning of tall, dark, and handsome. Millions of fans lust after the actor, with his commanding 6’2″ stature and standout six-pack abs. Understandably, plenty of viewers have wondered: Is Lawrence Saint-Victor married IRL?

Despite playing the field on The Bold and the Beautiful, the 39-year-old actor is spoken for in real life. That’s because Saint-Victor married Shay Flake in 2007. According to IMDb, Flake worked as an actor on Cain’s Mark in 2008. Her only other credit is for a video short for The Social Engineer in 2016. Currently, she is focusing on a music career.

In 2020, she was asked to stand in as a body intimacy double for Kiara Barnes, who plays the role of Zoe Buckingham on the daytime soap opera. Soaps reported that in order to adhere to coronavirus protocol on set, The Bold and the Beautiful producers brought in Saint-Victor’s wife “to make kissing scenes more realistic.” Flake later admitted to Inside Edition that she never thought she would get paid for kissing her husband.

The couple recently celebrated their 14th wedding anniversary and together, they have a 3-year-old son, Christian Lavelle Saint-Victor, born in 2018. Soaps in Depth reported, “Carter’s life on B&B may be in shambles, but in real life, his portrayer is beyond happy.”

How did he meet his wife?

So how did Lawrence Saint-Victor meet his wife before they were married?

Saint-Victor earned his Bachelor of Fine Arts degree from The Conservatory of Theatre Arts and Film at SUNY Purchase in New York. It was there he met Flake. The college program is designed for students to remain in the same class for all four years of study. This dynamic allows actors to trust one another as they honed their craft.

The NAACP Image Award nominee felt an instant connection with Flake, saying in an Essence interview that it was “friendship at first sight.” Flake told the magazine, “We tried to deny it for a while, especially around other people, but it quickly became undeniable that we were the ones for each other.” The couple became inseparable, eventually deciding to become business partners.

How does his wife feel about being married to a soap star? 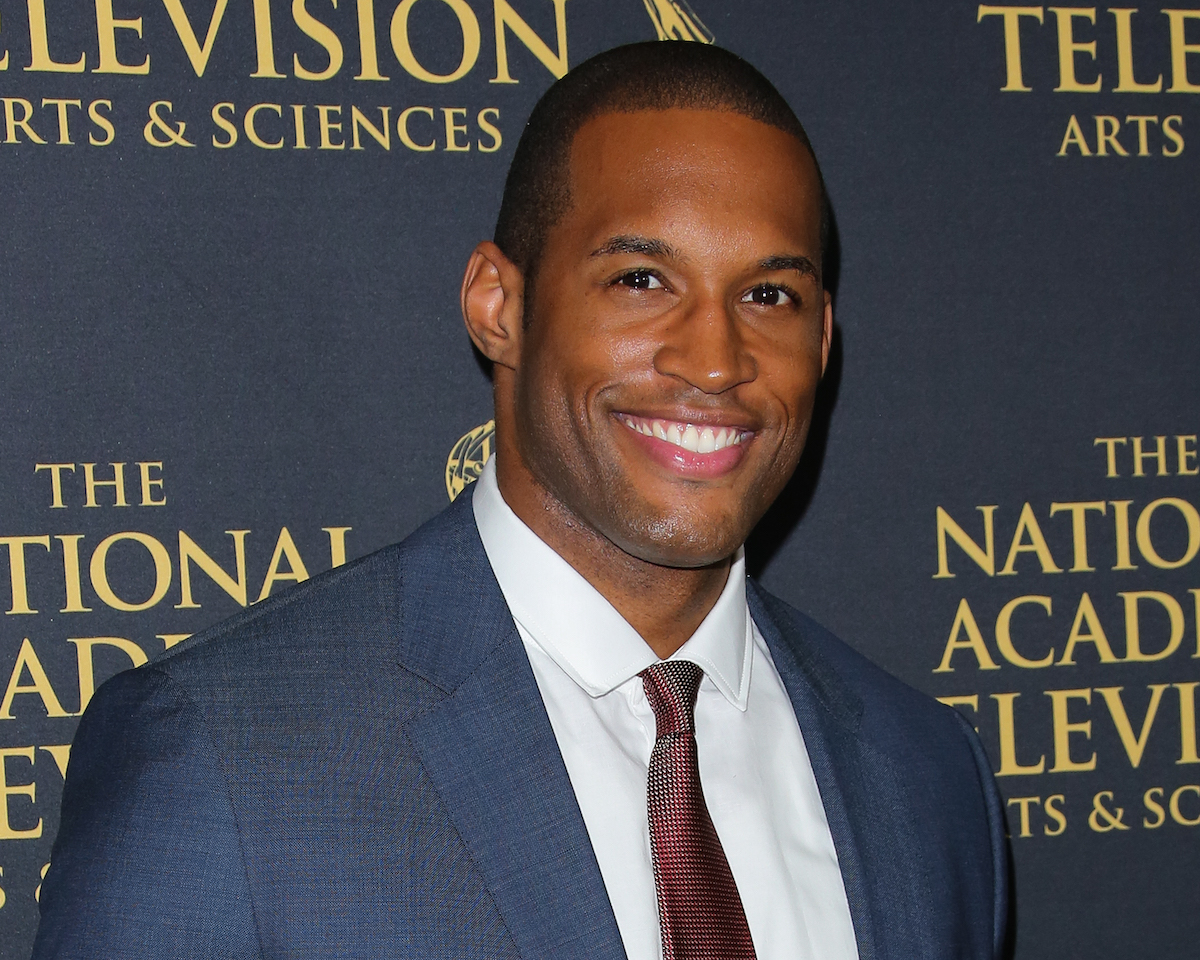 In addition to acting, the Guiding Light alum has co-created two web series, Wed-Locked and Room 8. He also has recently started writing several episodes for The Bold and the Beautiful.

Saint-Victor’s wife admits that women have been lusting after her husband ever since their early days together in college. She told Essence that she is secure in her marriage and trusts the love they share. She also shared that she does not feel threatened by the attention her husband receives.

The hard-working mom said she doesn’t see her husband as a “big soap hunk.” Instead, she confesses, “As much as he is handsome and good-looking, he is also a really big dork.”

Spike Lee Addresses Cannes Palme D’Or Gaffe: I’m The Guy At The End Of The Game Who Misses The Free Throw”

The Trial of the Chicago 7: Who was Abbie Hoffman played by Sacha Baron Cohen? What happened to him after the trial?