Martin Lewis joined Good Morning Britain hosts Adil and Kate in the studio sporting a pair of shorts to cope with the heat.

Kate was keen to find out if the money saving expert felt dress codes should be more relaxed when the mercury rises.

Martin fully agreed viewers should be allowed to wear more relaxed clothing in offices instead of being forced to wear blazers and long-sleeved items in the heat.

But the pair had a disagreement when Kate suggested viewers should splash out on new clothing for the heatwave, with Martin explaining he thought it was unreasonable to ask people to spend money for three days of heat.

Martin began: “It should be office policy across the UK today that office normal dress codes are restricted. It’s hot, the most important thing is to make sure that people are healthy.

“Loose clothing is better, mine’s a bit too tight. Shorts should be allowed.”

Pointing to Adil, he continued: “You in a suit today, it is air conditioned in here so you’re alright but actually, we could have changed the dress code.”

Adil asked: “But do you mean even flip flops in an office?”

“Well I don’t know if you need flip flops on a hot day particularly,” Martin replied.

“But you know, shorts, socks and shoes are fine but I just think we need to get rid of that old po-faced nature.” 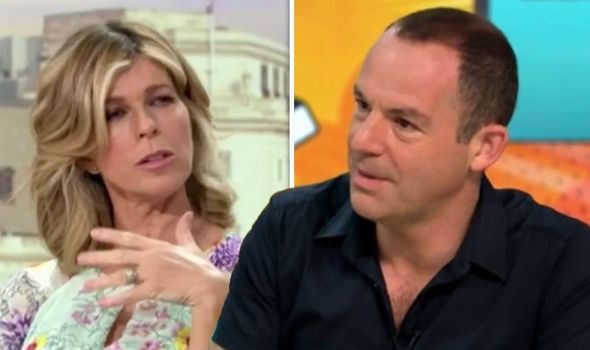 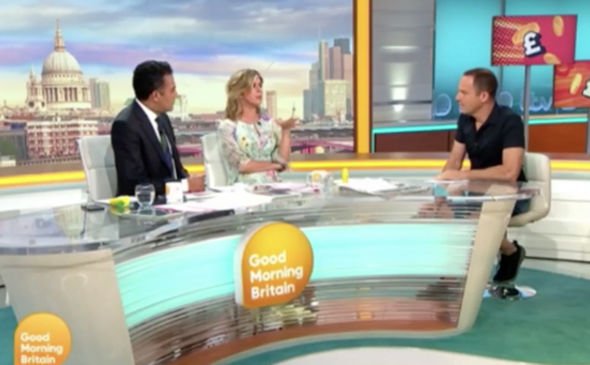 Kate then chipped in to suggest Britons follow in the steps of Europeans dealing with the heat with fine clothing.

“I know being European isn’t very trendy this morning but they’r doing it with fine cotton and linen,” she suggested.

But Martin wasn’t impressed with her advice and quickly shut her idea down.

“Yeah but we don’t people to have to go out and spend more money for a very short time,” he hit back.

“We don’t change the railways and make them suitable for the heat because of the three days we get a year, we can’t ask the public to go and spend money on clothes for three days.” 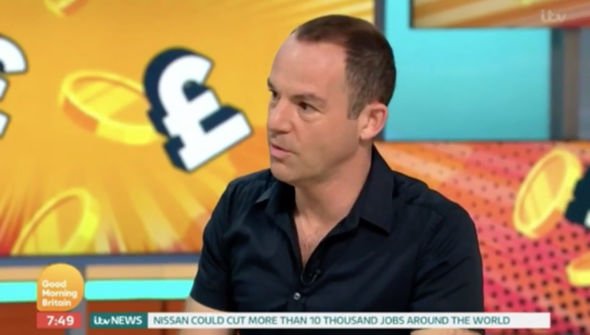