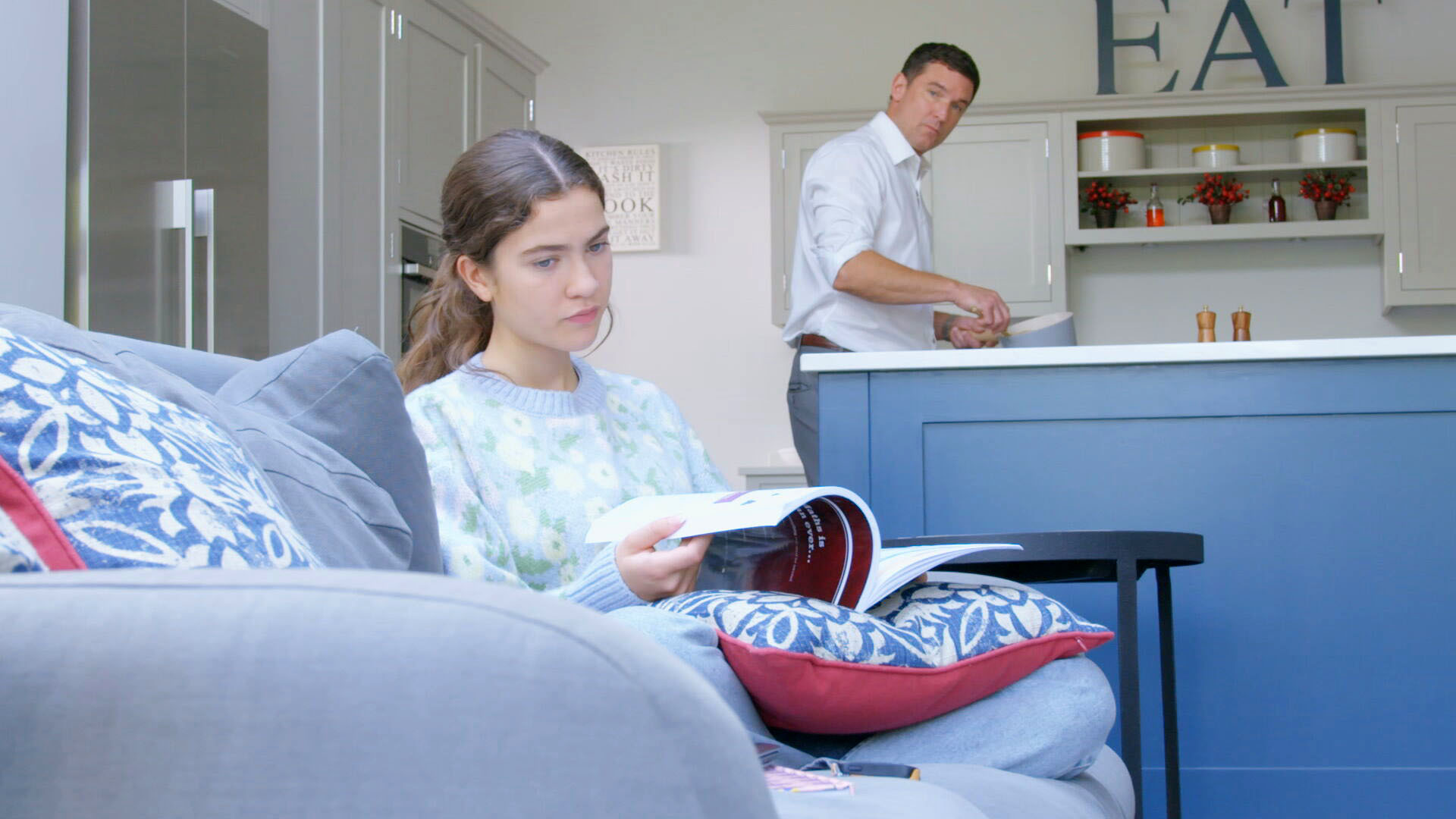 After Zara (Elisabeth Dermot Walsh) cautions him to pick his battles carefully, Daniel (Matthew Chambers) reluctantly agrees to let Izzie go to a friend’s house but grows nervous when her friend’s brother turns out to be the one picking her up. He grows more nervous still when she stays out all night.

The next morning, an angry Daniel catches a drunken Izzie when she attempts to sneak back in, but she refuses to say where she’s been. Daniel enlists the help of Al (Ian Midlane) to uncover the truth via an analysis of Izzie’s social media activity. He isn’t pleased by what he learns.

At home, Irene and Zara seem to be getting on well but Irene storms out as soon as Daniel enters. Zara tries to calm Daniel down, telling him he’s being too strict, but Daniel refuses to back down.

Their own relationship is now under strain. Zara admits to her colleague, Emma (Dido Miles) that she now feels guilty even bring friendly to Izzie.

Emma suggests she ask Karen “Gobby” Hollins (Jan Pearson) for advice, but she turns out to be no help at all. By coincidence, Daniel confides in Karen’s husband, PC Rob (Chris Walker) about the situation. He advises Daniel to set clear boundaries and try to work things out with Izzie.

Can a solution be found?

Modern Family: Breaking Down the Emotional Series Finale — and How the Show Ended After 11 Seasons