FOR James Blunt, catching Covid and losing his voice must be among his worst nightmares.

So I can only imagine the pain he went through when that scenario became a reality. 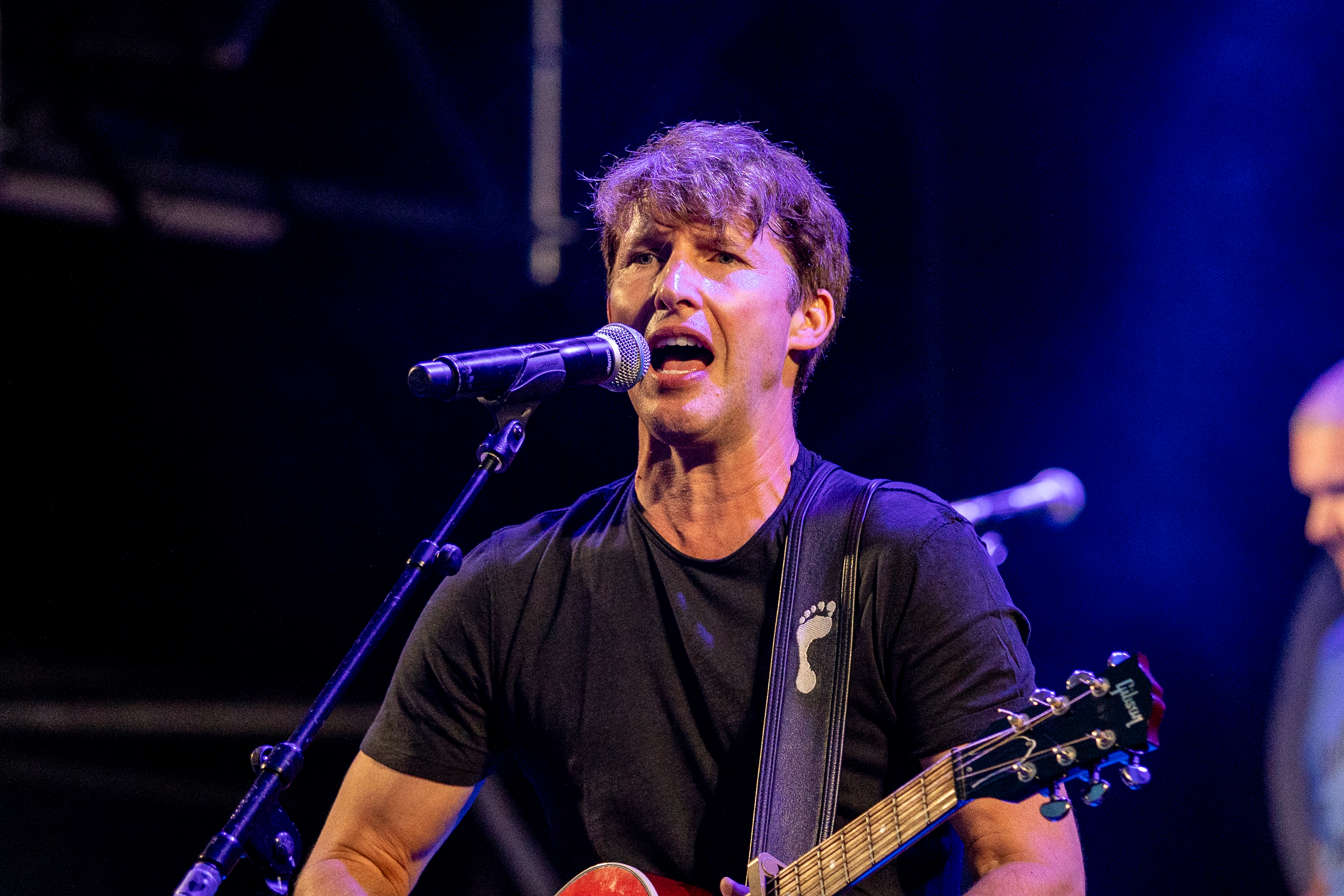 But to make matters even worse, the medication he was put on ended up shrinking his PRIVATES.

The You’re Beautiful singer appeared in London at the Royal Albert Hall on Friday, one of the first post-lockdown concerts in England.

But he struggled to sing throughout his set and revealed he was struck down by the virus a fortnight ago.

James told the crowd: “The only thing in my diary for a year and a half was the Royal Albert Hall.

“And two weeks before it I went and got Covid.

“I did quite well, I gave it to two of my band members. And two of the crew.

“And they were double jabbed and they got over it really well.

“I was only single jabbed and I thought I was going to be fine but actually it got into my lungs and I don’t know if you can hear, but my speaking voice is f***ed.

‘My really small willy is even smaller’

“Now I am on steroids and they have made my really small willy smaller. I mean, even smaller.

James could barely speak while on stage but managed to croak out his remarks to entertain the crowds who had packed in for the show.

Sadly though, he was coughing throughout and had to stick to drinking water, so he couldn’t join in the knees-up the post-Freedom Day crowd were having.

Given James is musical Marmite, some of you cruel lot out there may be rejoicing about the prospect of not hearing him sing any more. However, he has had the last laugh there.

He is still hopeful that he will be able to tour the UK as planned next year, as it is his speaking voice which has been affected more than his vocals.

“The Chinese are clever buggers, aren’t they? But I can still sing. So they did that wrong, didn’t they?”

Whether his voice is back to its best or not, he can probably write off a tour of China after that comment. 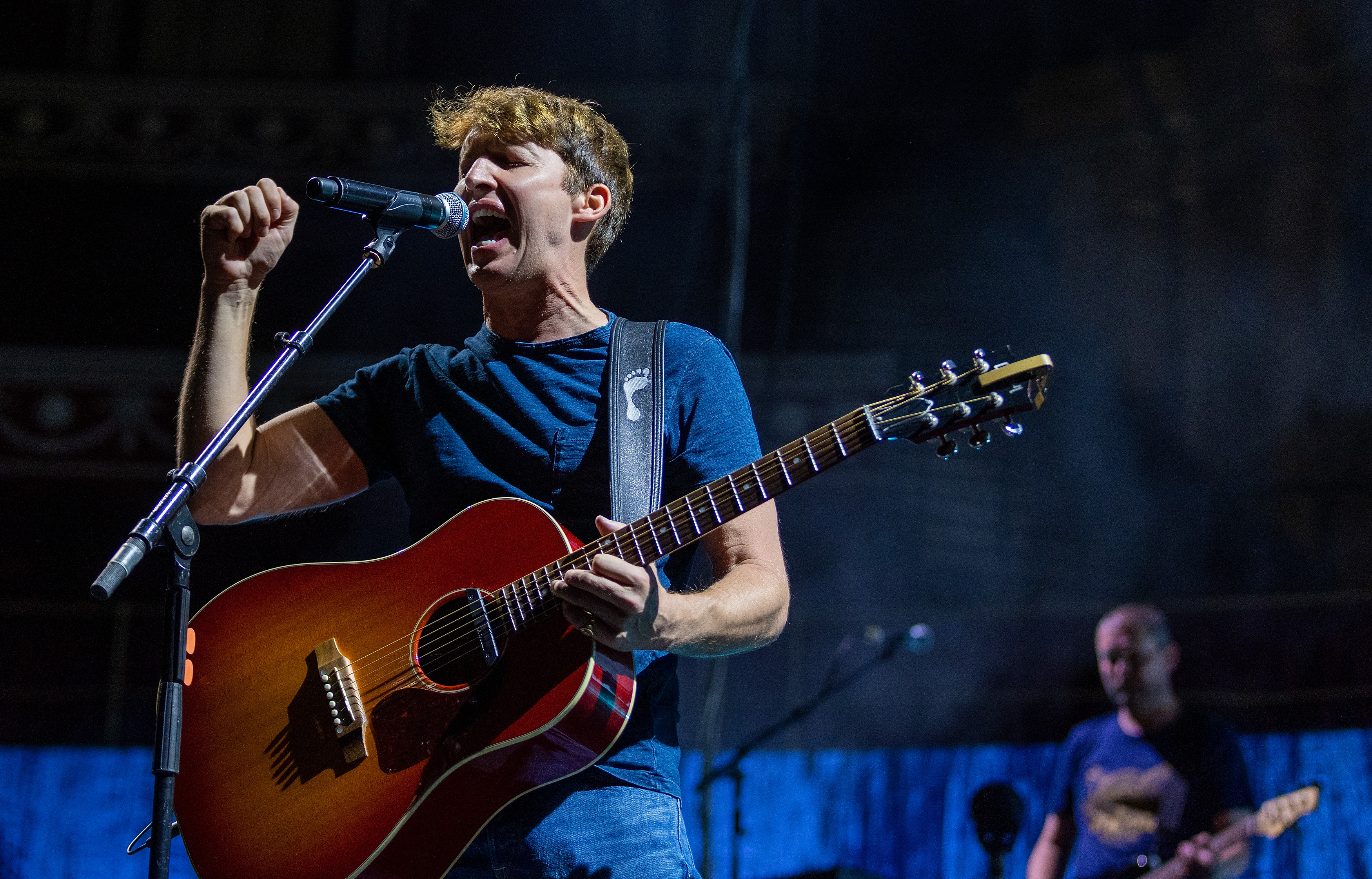 JO O’MEARA is making sure she will be remembered as the voice of S Club 7 by re-recording the group’s best hits for a solo record.

The singer, who had lead vocals on the majority of the band’s Noughties tunes, is planning to put out the collection later this year following the release of her first solo album in more than a decade next month. 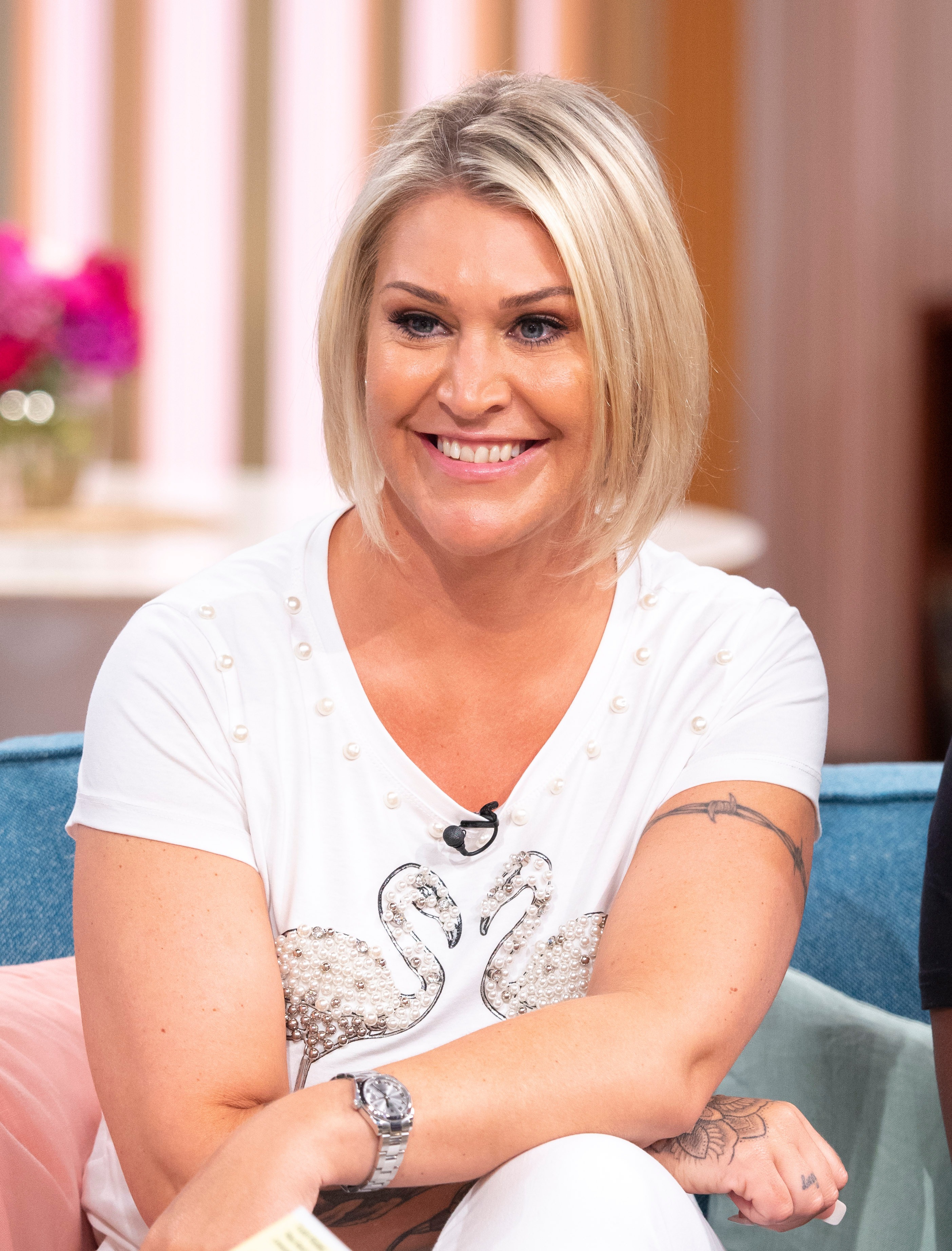 She recently recorded an acoustic cover of their third No1 single Don’t Stop Movin’ and is now planning more.

In an exclusive chat, Jo said: “I have now decided I’m going back in the studio to do a full album of the S Club 7 classics.

“I’m going to pick a couple of the songs I love the most from all the albums and I’m going to make an album of acoustic S Club songs.

“After the success of Don’t Stop Movin’ I had a lot of fans reaching out and saying, ‘Can you do Have You Ever’ or ‘Can you do this song’.

“I thought, ‘Do you know what, the fans have been so supportive of S Club 7 and of me, it would be a lovely way to say thank you so much’.”

Jo will release With Love, her solo album, on August 27.

MEGAN THEE STALLION must have been feeling a little plucky when she went out in this dress.

The WAP rapper held a guitar at a party to celebrate Sports Illustrated magazine’s 2021 swimsuit issue, for which she was the cover girl. 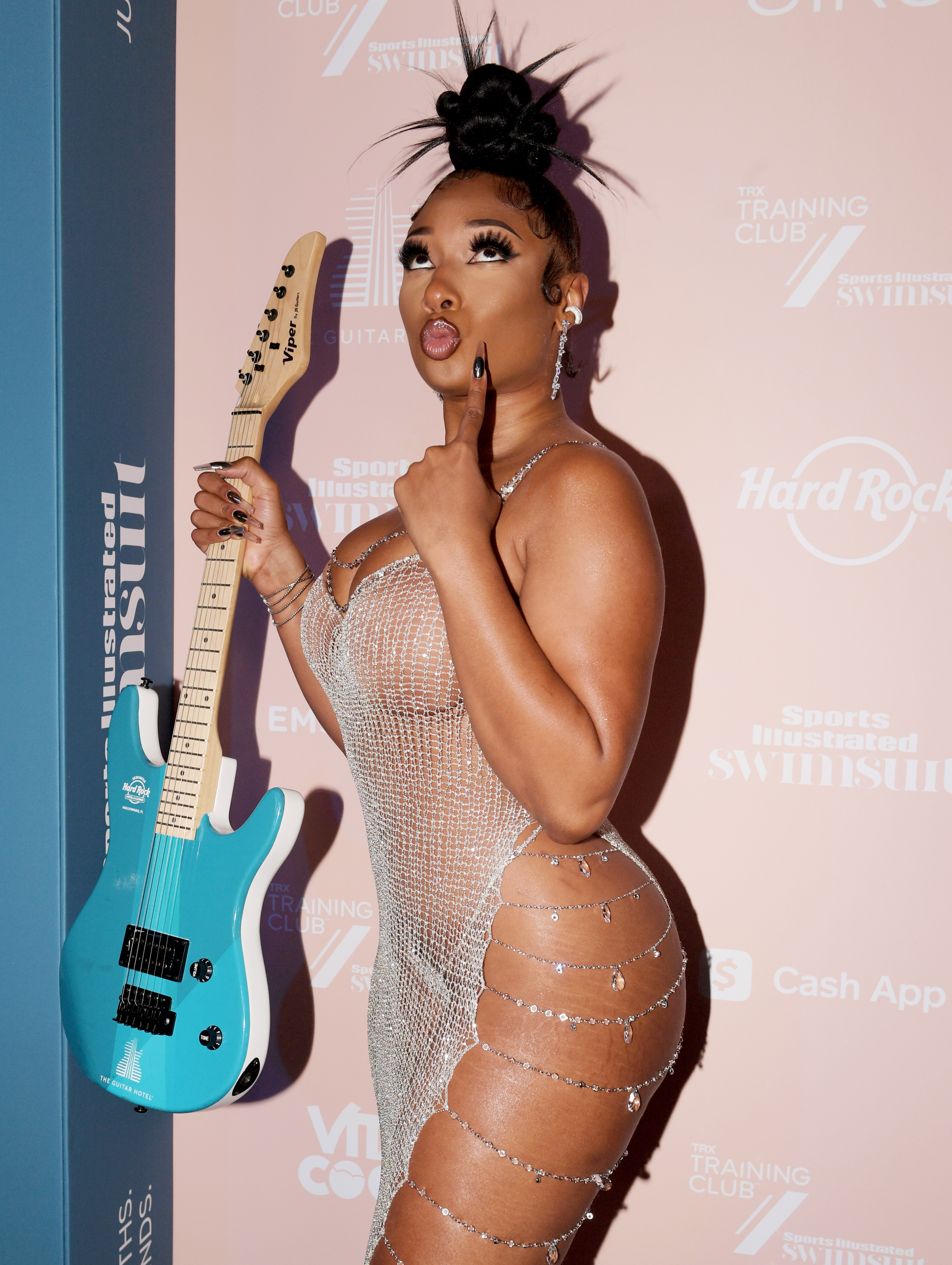 She proved she had the credentials for the job by leaving little to the imagination with her outfit at the bash in Florida on Friday.

Lucky there was no breeze, or she would have been prone to a major wardrobe malfunction.

IF LIAM PAYNE’s shredded body doesn’t help him attract some interest after his engagement broke off, his new puppy will.

Sharing a topless photo with the new pooch nearby, the One Direction star wrote: “When your puppy decides to jump into your progress pic.” 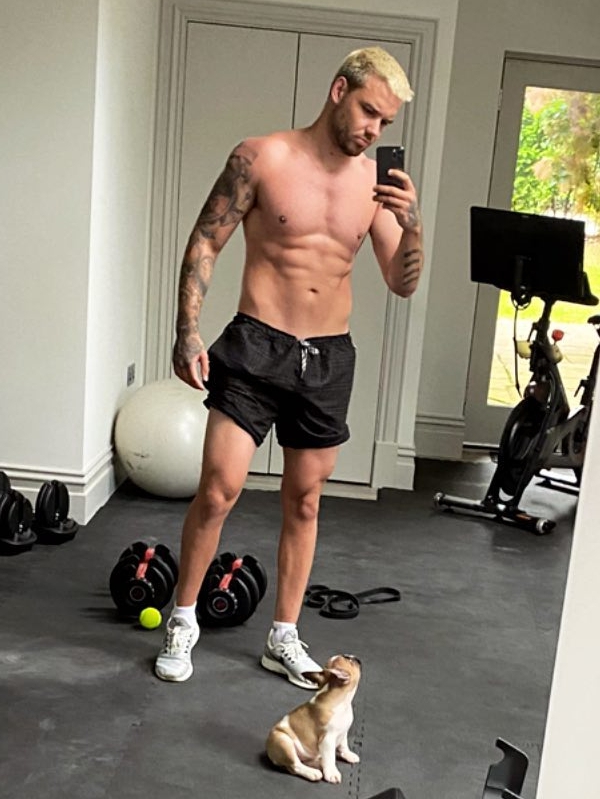 Speaking last month about life in lockdown, Liam said: “Everybody struggled the most without routine. At the moment that’s one of my things, I’m definitely gonna get a dog cos I need routine, I need it.

“I put on so much weight, I was eating badly and describing it as a bulking period.”

If getting a dog has him looking like that, perhaps it’s time I got one too.

LEIGH-ANNE PINNOCK has swapped Little Mix for little kicks as she and footballer fiance Andre Gray prepare for their new arrival.

She looks set to give birth any day now and posed in her garden to document her bump in this photo on Instagram. 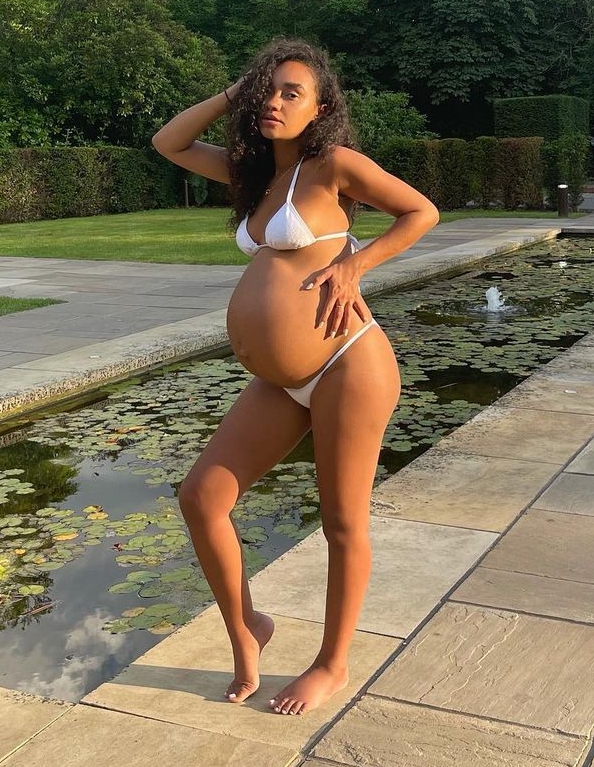 The Heartbreak Anthem singer, who along with bandmates Jade Thirlwall and Perrie Edwards, features on Anne-Marie’s new single Kiss My (Uh Oh), wrote: “Baby Moons, spas, beautiful settings and lunches for as long as it takes.”

KANYE WEST must feel right at home in stadiums, he’s moved into one.

He failed to release his new album Donda on Friday as planned, despite playing the record to a packed Mercedes Benz Stadium in Atlanta, Gerogia, in the US, the day before.

Now he has set up home in the venue to work around the clock to complete it.

Reports Stateside reckon he has set up a makeshift studio and living quarters backstage – even bringing in a chef.

As of last night, the album was still nowhere to be seen.

Part of the delay is believed to be because of Jay-Z collaborating with him on a song as late at Thursday afternoon last week.

It better be worth the wait.

DIONNE BROMFIELD has told how the owner of two kittens confronted her after her godmother Amy Winehouse nicked them.

Dionne said: “A friend of hers had these two little Russian Blues. 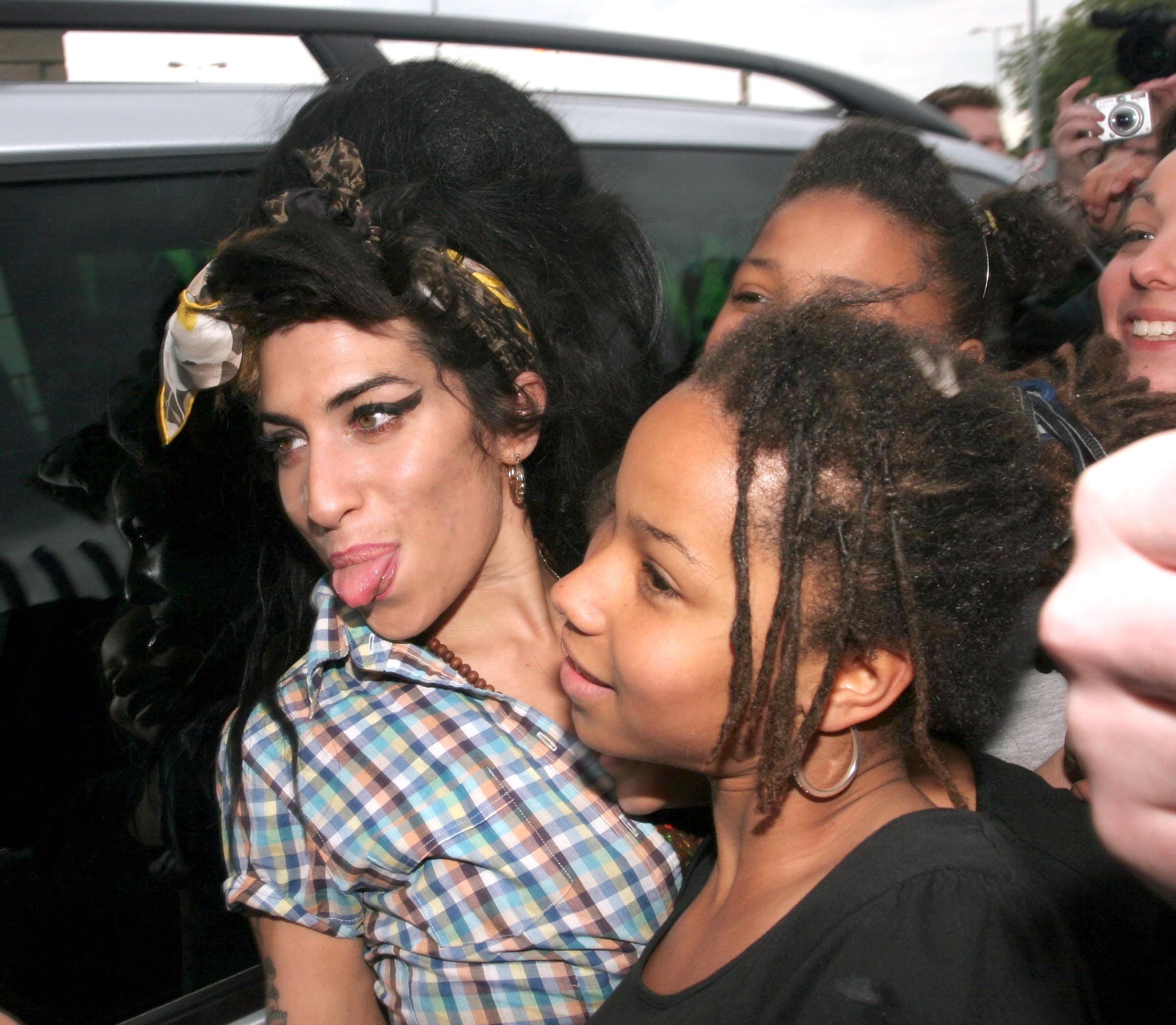 “She gave me these two cats and said she had bought them. She did not.

“I remember being sat in the car with the kittens and the person whose cats they were, was like, ‘Those are mine. What are you doing?’”

“They were called Salt and Pepper and Amy ended up keeping them.”

Singer Dionne will front the documentary Amy Winehouse & Me: Dionne’s Story to commemorate the tenth anniversary of the music icon’s death. It airs on MTV at 10pm tonight.