Rob Rinder was the celebrity guest on James Martin’s Saturday Morning this weekend. TV chef James welcomed the star onto his ITV cooking show, which is filmed live from his home kitchen. The pair got along well while chatting about all things food on the show. But, James soon got embarrassed when Rob jokingly suggested they get married.

James cooked Rob a sea-bass dish while interviewing him on Saturday (June 19) morning.

But, Judge Rinder star Rob couldn’t believe his luck with all the treats James was giving him.

Rob explained to viewers: “I think people should know that when I sat down here in his real house and he said ‘I’m just going to cook for you, make perfect food and then ask you questions whilst serving you expensive wine’ I asked you where Ant and Dec were.” 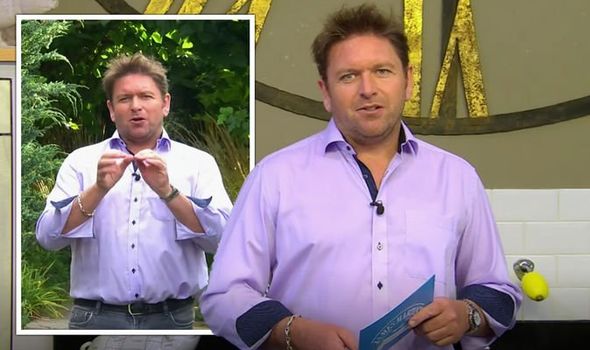 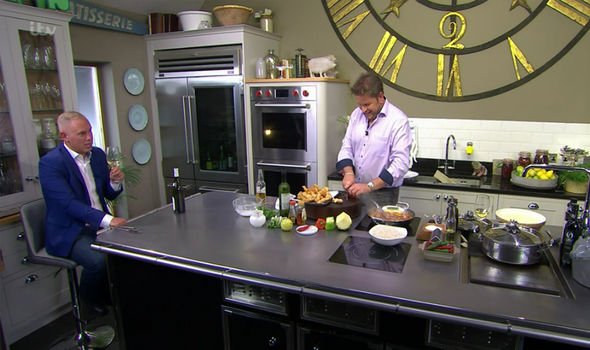 “They could still be there!” James joked, before moving on with his cooking demonstration.

He continued: “But, look you’ve just got some lime zest over the top and there you have it.

“It’s a lovely little dish just for you. It’s basically sea-bass with a sauce made out of this amazing Korean gochujang paste, veg from my garden with a little bit of lime over the top,” the chef explained.

“You grew the vegetable as well?” Rob asked, with James replying: “I do grow my own vegetables.” 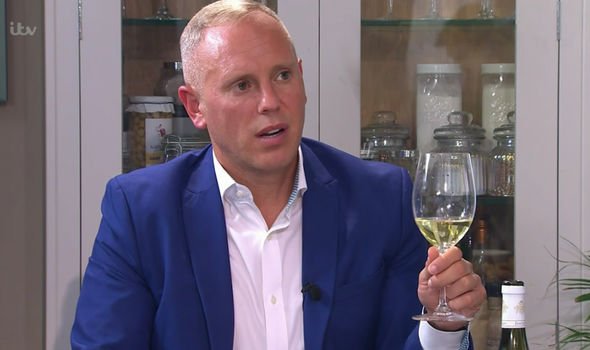 Clearly impressed with James’ many talents, Rob jokingly suggested he’d like to marry the TV chef.

“Do you know, if I didn’t know that you were a little bit different and interested in cars I’d ask you to marry me right now,” Rob remarked.

“There’s a thing, anyway look at the fish,” James said quickly before walking off.

James’ apparent embarrassment caused Rob and the crew behind the cameras to burst out laughing.

Throughout the episode Rob continued to make it clear that he was thrilled to be on James Martin’s Saturday Morning.

He even confessed: “This is my best morning in a very long time!”

Later on James cooked up another dish for Rob to try and this time it was sweet and sour chicken.

“They need to invent smell-o-vision, this is heaven,” Rob exclaimed before tucking into the dish.

Clearly thrilled with the tasty treat, Rob joked: “When am I moving in?”

Numerous viewers at home enjoyed the addition of Rob to the show, with many taking to Twitter to share their thoughts.

“@RobbieRinder loved Rob Rinder on James M this morn. One of the best guests ever. Natural enthusiasm for the food. So much respect for you RR. Hope James invites you back on show,” a second commented.

Meanwhile another viewer suggested, Rob’s joke proposal could have had something to do with the wine he was drinking.

“Rob Rinder propositioning James Martin on his own show in his own home is proof positive that you shouldn’t drink before 10:00am” the fan joked.

James Martin’s Saturday Morning airs Saturdays at 9:25am on ITV.