If only Peggy could see how things have played out since!

Of course, this was just Jean being Jean, but the scene highlights perfectly how the genre of soap is unique in how it can follow characters over years and develop their storylines and character links. 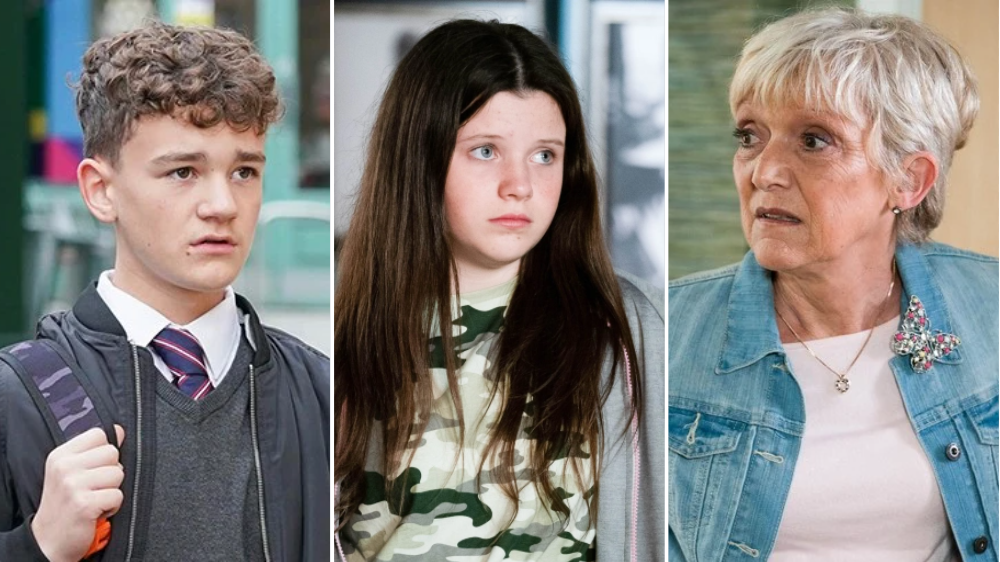 Especially given that Peggy scoffed at the time and Jean seemed to have been way off the mark.

Lily’s mum Stacey (Lacey Turner) was emotional last night when her daughter finally opened up about Ricky being the father.

Although some fans are not convinced she is telling the truth, as other theories continue to do the rounds.

Meanwhile, Lacey, like viewers, is full of praise and admiration for Lillia and her performances.

‘Lilia is such a great little actress – there’s something about her that is so warm and so natural, and her instincts are just bang-on,’ she told us.

‘She’s been so desperate for a storyline of her own for so many years, so to see her have one is lovely.

‘To watch her absolutely nail it has just been brilliant. I’ve tried to stay out of it as much as I can because Lilia actually doesn’t need any help, tips or guidance because she’s just great.

‘She’s got something that is so natural that I don’t want to take that away from her.’

Of course, the storyline has a long way to go, with Martin Fowler (James Bye) still yet to find out, and speculation rife that the foundations are being laid for Lily’s dad Ryan Malloy (Neil McDermott) to return.

Freedom of choice – can divert from EU! Francois lauds return of imperial scale