In Clarkson’s Farm, The Grand Tour host gets at one with nature as he attempts to make a success of the farming land he bought and subsequently decided to manage. Jeremy Clarkson received criticism when he shared a picture of the timber he harvested from the wood on his land but the former Top Gear presenter has explained

In the fourth episode of the Amazon Prime series, Jeremy embarked on becoming a naturalist as he explained the damage done to the countryside by the removal of hedgerows.

He enlisted help with cutting down some of the trees in his wood for environmental reasons but revealed fans were less than impressed with the move.

As the cutting machine got to work, Jeremy said: “This might look like rampant vandalism but actually it isn’t.

“You drive the machine up to a tree, tell it what tree it is, it grabs the bottom, measures the diameter and then thinks right if the diameter is that there it’s likely to be that up there so it can work out how long the logs should be.” 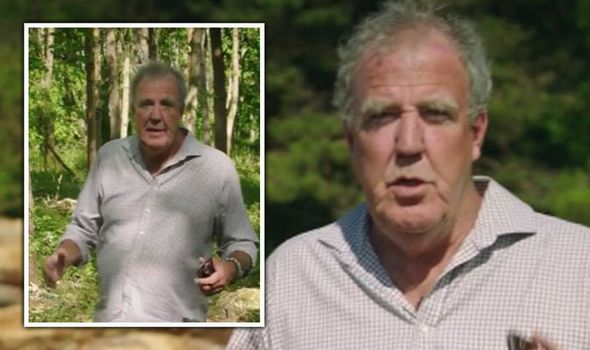 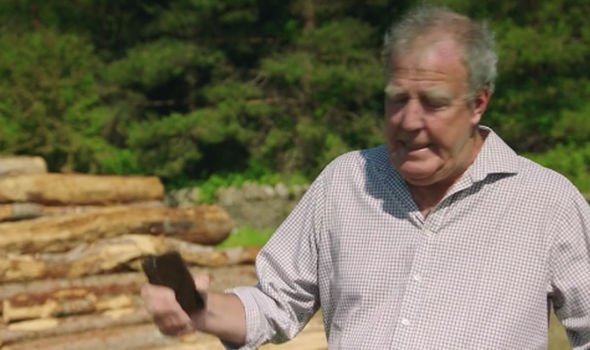 “It is an eight-wheel articulated £500,000 maths machine and when the machine fell silent for the night the results were spectacular,” he continued.

Jeremy showed viewers a map of the wood and pointed out how much timber had been produced from an eighth of the wood being cut down.

“Needless to say this hasn’t gone down well on social media,” Jeremy added.

“I posted a picture of the machine doing all the rampant vandalism and people have replied accusing me of being a one mad McDonalds.” 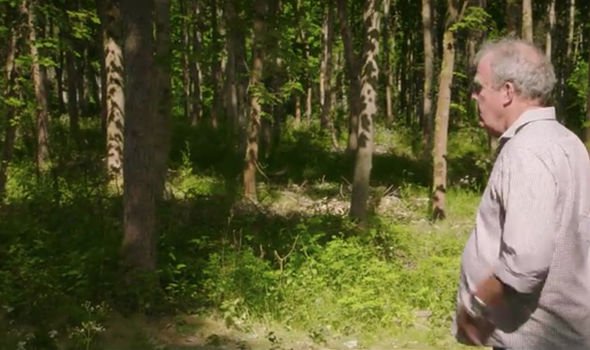 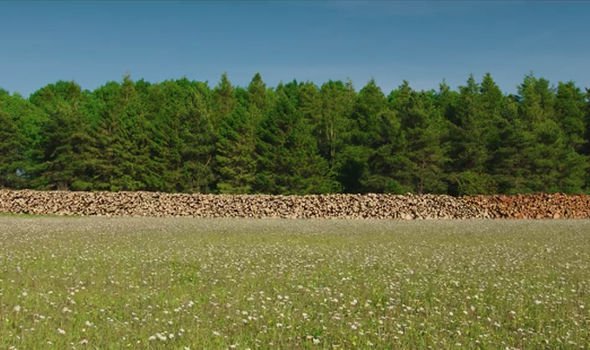 The Grand Tour host said: “‘Why are you doing deforestation? Why are you always destroying green things, Jeremy?’”

“Let’s go in the wood and you’ll see just how moronic these people are.

“This is the bit of the wood where I got all the trees from, I got 200 tonnes of timber out of here and you can’t tell it looks exactly the same as it did before.

“It’s virtually unchanged nature however can tell by removing tress from here for example it means more sunlight can reach the forest floor.”

“You can see puddles of it everywhere and that will stimulate the growth of younger trees and flowers,” Jeremy explained.

“Bluebells, hopefully, and that’s good for beetles and birds and bees It’s good for everything.”

Elsewhere in the episode, Jeremy decided to do something about Britain’s depleted insect population.

To make his farm more insect-friendly, he attempted to dig a pond, dam a stream, installed some bees as well as thin out the woods.

However, his attempt at becoming a naturalist didn’t go down too well with his girlfriend Lisa Hogan, land agent Charlie and lieutenant Kaleb.

In the episode, Jeremy also decided on building an insect superhighway and erect owl boxes.

Discussing his thoughts for the future in a recent interview, he said: I’m carrying on with it. I did a lot of the cultivating this year, though I’ve slightly stepped back from sheeping. but I’m carrying on with the farming because I like it. We’ve got pigs now, and we’re putting in some polytunnels to grow chillies and tomatoes for the shop. I’m still very much involved on a day-to-day basis.”

Clarkson’s Farm is available to stream on Amazon Prime.