It’s no huge secret that Chevy Chase wasn’t thrilled to appear on Community, but he also wasn’t a fan of his character, Pierce Hawthorne. 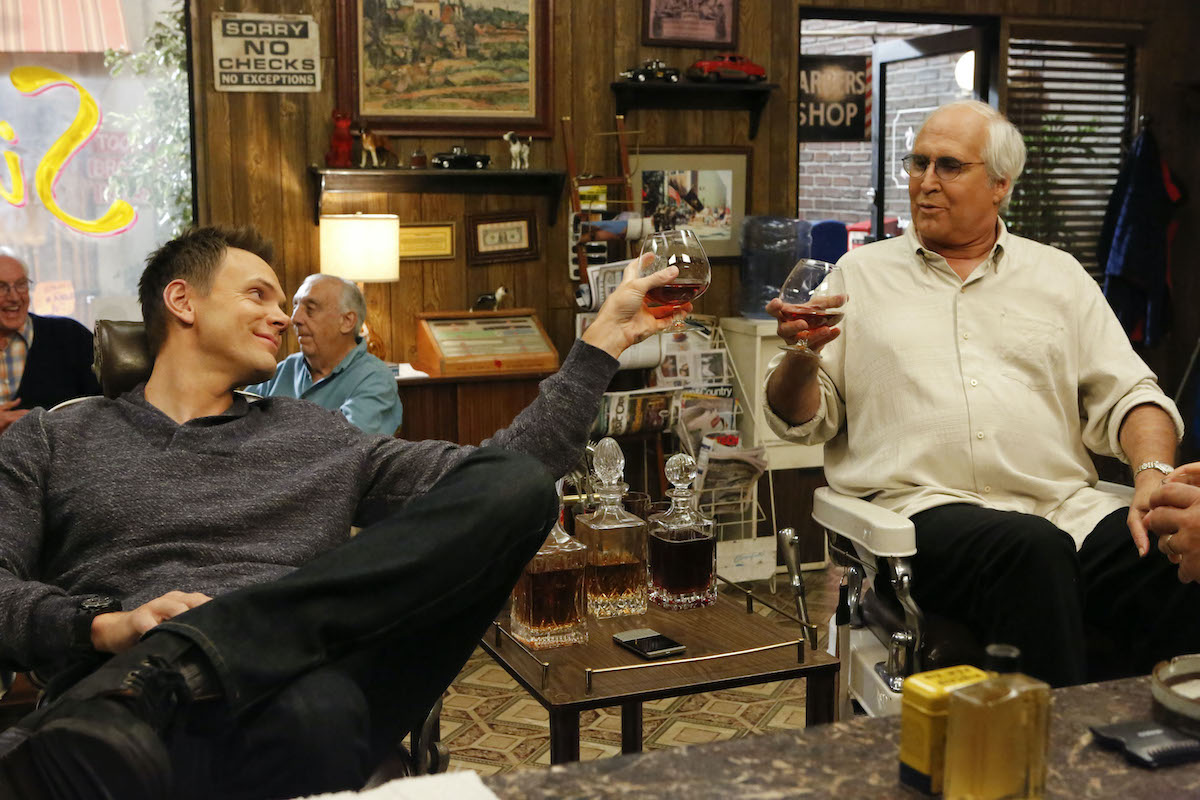 “He definitely didn’t want to be there as much,” co-star Joel McHale revealed on the Life is Short with Justin Long podcast. “The hours were bananas, but I was always like, ‘The hours are the hours. This is how it is. Yes, we should all be thanking our lucky stars.’”

“The famous thing is if you want to hear an actor complain give him a job,” McHale continued. “[Chase] didn’t want to be there. He didn’t like his character at all. He’d always talk about how his was character was an a**hole and we’re like, ‘Well, Chevy …’ Now he says he likes that. Again, I don’t think he would disagree because he said it all over the …”

Chevy Chase thought he was similar to Pierce Hawthorne

While McHale thought Chase didn’t like his character, Chase recently shared he loved playing Hawthorne. “This is Chevy Chase, or Pierce Hawthorne if you guys like,” Chase said in an Instagram video. “I know some of you have written in and said that you love the show, Community, and that’s really nice, and I loved playing Pierce Hawthorne. He wasn’t so different from me, Chevy Chase, and I tried to keep it that way. You know, it was a challenge of sorts to be me.”

Despite Chase insisting he loved playing the character, showrunner Dan Harmon had a different perspective of Chase during the show.

“The answer I heard from the people on set was that he didn’t think it was funny,” Harmon a Reddit “Ask Me Anything”. “The real answer, I believe, is that he wanted to go home because he was tired. He probably didn’t realize he was permanently damaging the episode by doing so because he often walked off set and then we would just pick up his shots later in the week. But this was the final shot of the season — this was the one time in three years that his personality caused unfixable damage to something I really held valuable.”

“[Chase] would say it in the press that he didn’t want to be there that long,” McHale told Justin Long. “That alone was an impediment. I don’t think he would disagree with what I’m saying. He wanted to get out of there as fast as he could.”

McHale recalls Chase would be done after shooting for 10 minutes. “He was older than us,” he said. “Half the cast was in their mid-20s and I was in my mid-30s. We have easily had more energy and he would get shot out.”

“Obviously, for people in our position to get on a show that actually is working and is being picked up, it is like hitting a Grand Slam three times row in Yankee Stadium,” McHale said.

#darkesttimelinepodcast IS LIVE THIS MONDAY 8PM EST JULY 27TH WITH @alisonbrie(and @kenjeong who cares right?) She will leave the podcast via spiral staircase. Link in bio @linktr.ee

“And people just take it for granted that, ‘You just get these jobs and it just happens.’ That is not how it works, and actors that work consistently and make really good money, have Platinum horseshoes stuck up their a**.”

“And we all know really talented actors that have not made it, that have not gotten that break or whatever,” he continued. “But to get those breaks is very hard and so many different ingredients go into getting that role. When I hear people complain about it I’m just like, ‘A welder can complain about the hours,’ but there’s free food everywhere.”

'Below Deck': What Is the Main Reason Why Yachties Want to Be On The Show?