Home » TV & Movies » Kate Mara Knows 'A Teacher' Won't Be a 'Super-Easy' Watch: 'Comfortable Is Not the Word We Were Going For'

“I don’t think you normally see the story told from this perspective,” “House of Cards” alum tells TheWrap 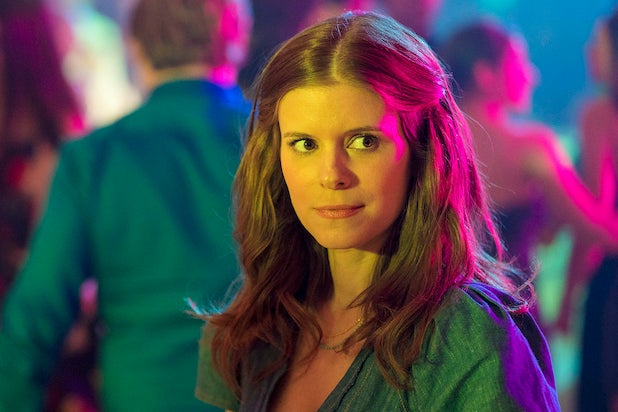 If you’re looking for some feel-good TV content these days, you definitely need to look much further than FX on Hulu’s new drama “A Teacher,” which wasn’t created to give viewers warm fuzzies, but rather a very important, albeit hard to watch, lesson.

“Some people are definitely going to feel uncomfortable watching the show,” Kate Mara, who stars on the show as a high school teacher who has a sexual relationship with her 17-year-old student, Eric (played by Nick Robinson), told TheWrap. “It wasn’t something that we made thinking that it would be a super-easy watch. Comfortable is not the word we were going for.”

Mara is an executive produces “A Teacher” along with Hannah Fidell, who created the series based on her 2013 movie of the same name, which was partially inspired by Fidell’s own experiences as a victim of sexual assault.

“I would say that shows that I am most attracted to and wowed by are shows that make me a little uncomfortable, or very uncomfortable,” the “House of Cards” alum told TheWrap. “Watching ‘The Sopranos’ was not necessarily comfortable for me because there’s so much murder and all of those kind of things. So to me as an actor, and as a viewer, that’s not something that scares me, you know what I’m saying? But it’s not a story that we were looking to tell to make people feel cozy. It’s an important story to tell in order to begin the conversation about how common this type of sexual assault has become. So that was more of the goal.”

“A Teacher” explores the topic of consent, grooming and sexual abuse — with each episode coming complete with a content warning directing viewers to resources — through a lens Hollywood doesn’t often turn to: that a female predator and a male victim.

“I don’t think you normally see the story told from this perspective or this point of view. It was one of the reasons why I was excited to tell it,” Mara said. “There have been certain movies, ‘Notes on a Scandal,’ that movie comes to the top of my head. But that was a while ago and there aren’t very many that I can think of other than that. And I think it’s because it isn’t something that people necessarily want to talk about. The fact that it’s a female doing the abuse and being the groomer and all of these things I think is also something that is rarely discussed.”

“Because there’s that silly like stereotype of it being cool for a boy to have that illegal relationship with their teacher — which is obviously not what we’re saying in any way shape or form in this show,” she added. “But I think it is a unique thing to explore it and it was something that we wanted to be very clear about from the beginning, that we were not saying that it was right, that we were always saying this was wrong. And important to explore the story from both perspectives, not just Claire’s, but also Eric’s and how it really alters his life.”

“A Teacher” premieres its first three episodes Nov. 10 on FX on Hulu. The rest of the season will roll out weekly.