Tim Lovejoy and Simon Rimmer hosted Sunday Brunch this weekend and welcomed celebrity guests Katie McGlynn, Aisling Bea and Aaron Pierre onto the show. Many viewers were pleased to see Katie on the Channel 4 show, having missed her since she left ITV soap Coronation Street two years ago and while she spoke all about her new role on Hollyoaks, many fans took to Twitter to as they were distracted by her appearance on the programme.

Katie, who played Sinead Tinker in Coronation Street, left the soap in an emotional cervical cancer storyline in 2019.

The storyline eventually saw her character killed off but earned her a National Television Award in 2020.

However, while speaking on Sunday Brunch to hosts Tim and Simon, the actress revealed she’s heading back to the world of soaps.

She’s joining the cast of Channel 4’s Hollyoaks and will be playing new mum Becky. 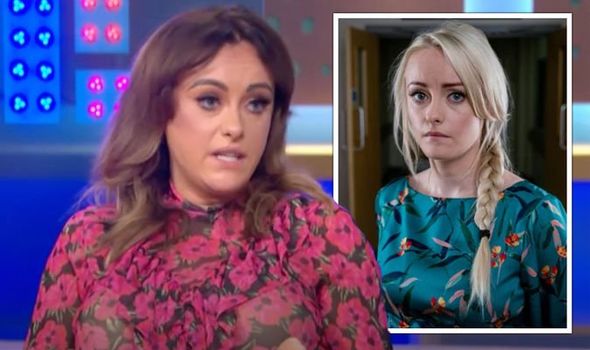 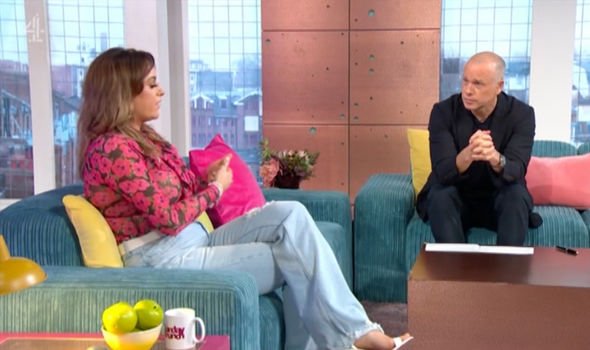 Katie chatted all about her new acting role on Sunday Brunch, but viewers seemed distracted by her appearance on the show.

Fans quickly took to Twitter to comment on how different the actress looked, both on Sunday Brunch and in her new stint on the Channel 4 soap.

Another agreed, adding: “She’s had to chav herself up to fit in Hollyoaks probably. She’s a good looking girl, doesn’t need all that fake crap, but then, most women don’t need any of it.” 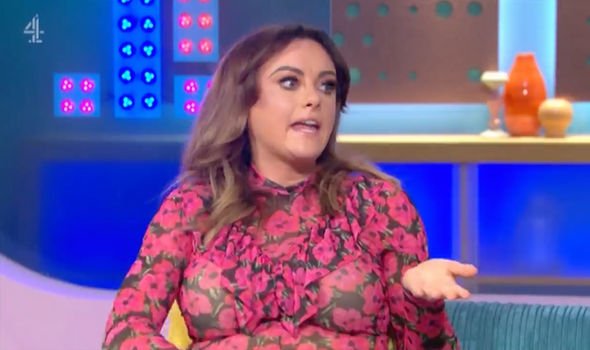 Meanwhile, a third viewer noted she had a slight wardrobe malfunction: “@SundayBrunchC4 please tell Katie McGlynn to take stickers off bottom of shoes!”

However, numerous soap fans Tweeted kind words, expressing how pleased they were to see the actress back on TV again.

One soap fan commented: “It’s nice to see Katie McGlynn in another soap. She was brilliant as Sinead in Corrie it’s just a shame that she’s moved to a soap that I don’t watch. Yet I still wish her every success in Hollyoaks she will be brilliant #SundayBrunch”

“@KatiexMcGlynn great to see and hear you on #SundayBrunch reminding all of the importance of smear tests, especially for younger women who can sometimes be influenced by negative social media. Keep doing what you do #cervicalcancer #dontfearthesmear,” another viewer added.

While on the show, Katie spoke to Tim and Simon about her use of social media, explaining that she often uses it as a tool to highlight important issues.

Speaking about her social media use, Katie said: “Obviously I still do a selfie and all that jazz, but I try to use it to raise awareness.

“Because, I did the cervical cancer storyline on Coronation Street…” Katie began.

“Which you won an award for well done – congratulations,” Simon commented, with Katie replying: “Thanks!”

The actress continued, saying: “It’s still going on now, it never leaves me.

“I’m a patron for the charity Mummy Star and they deal with women and families who get cancer in and around pregnancy.

“I did a smear test on Lorraine earlier in the year just to raise awareness.

“I’m like a broken record on social media sometimes, but I think it’s majorly important because it can save your life,” Katie concluded.

Sunday Brunch airs Sundays at 9:30am on Channel 4.