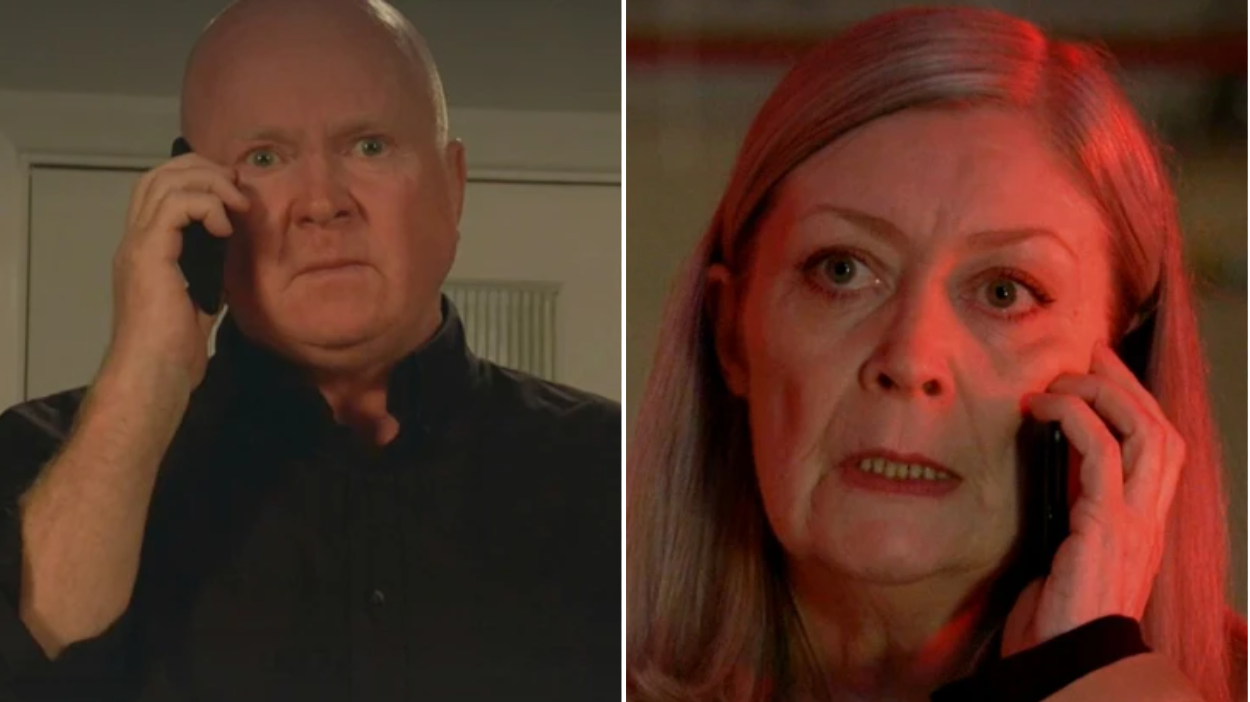 Bent copper Keeble (Alison Newman) is prepared to do whatever it takes in order to stop Phil Mitchell (Steve McFadden) from revealing she’s dodgy in EastEnders – and if that means killing people, then so be it.

The people in question are Kat (Jessie Wallace) and Tommy (Sonny Kendall), who were kidnapped at the end of last night’s episode and driven to a warehouse…which also happens to look exactly like Holby City’s basement.

We’re still not over it, thanks for asking.

Kat and Tommy were taken from Walford as Keeble is currently at war with Phil.

Working with Keanu (Danny Walters), Phil was able to find out that Keeble was planning on planting a gun linked to crimes on him, which meant he would’ve gone to prison for the rest of his life.

Of course, this information now proves that Keeble isn’t a good person, so Phil was planning on tearing her career into tiny pieces.

With Kat and Tommy trapped in the basement, it was up to the Mitchell family back in Albert Square to try and save them.

Sadly though, as the episode drew to a close, Phil was no closer to getting Kat and Tommy back.

He spoke to Keeble on the phone, who told him to destroy the recording and proof that she’s a bent copper and if he doesn’t – Kat and Tommy will die.

Roger Allam The Sandman: Who does the Endeavour star play?