Home » TV & Movies » Kyle set to kill again in dark twist as he issues a dark threat in Emmerdale? 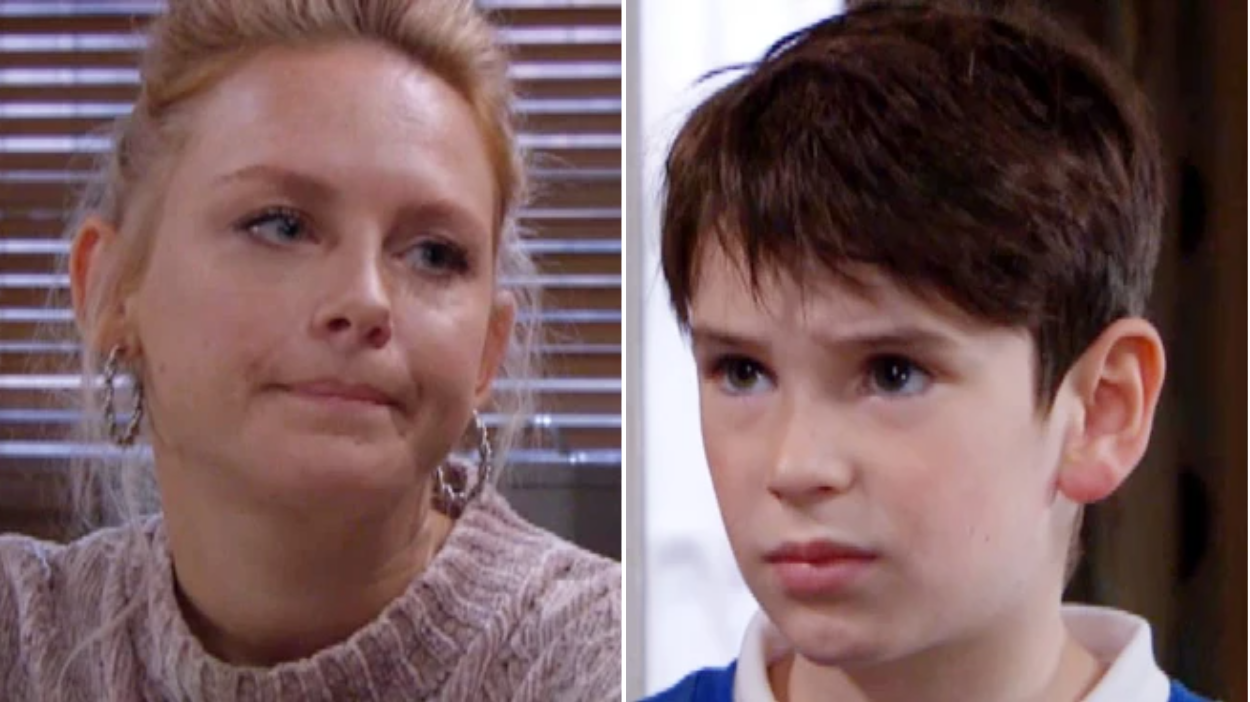 Amy Wyatt (Natalie Ann Jamieson) is growing incredibly concerned for her son Kyle (Huey Quinn) in Emmerdale and tonight, she made the decision to take him away from the village.

Last night, Amy and Moira (Natalie J Robb) agreed that keeping Kyle in the Dales and giving him stability would be best, following the huge twist that saw him kill Al (Michael Wildman) – not Cain (Jeff Hordley).

The two women went against Cain’s wishes to go on the run and thought they could keep the secret buried – but that all changed tonight.

As Kyle headed off to school, Amy was working and chatting to Matty (Ash Palmisciano), only to receive a phone call from the school confirming her son had been in a fight.

When Amy brought Kyle home, she told him off and reminded the young lad that hitting people is wrong, to which he responded with ‘I’ve done worse!’.

It became apparent that Kyle got into the fight because his classmates were bullying him over Cain being in prison, with the recent trashing of his room and wetting the bed making this another thing for Amy to try and deal with.

Kyle didn’t process what his mum was saying because he was angry and shockingly told Amy that he’d ‘wipe the smiles’ off the boys’ faces if he told the truth about Al’s death.

This and Kyle panicking while playing a game with Matty ultimately led Amy to making a decision – she’s going to run away after all.

But how long can they stay away for if Kyle’s behaviour continues to get worse?

Following the threat towards the school boys, could Kyle really end up killing again?