Casting is underway at BigGrrrls.com 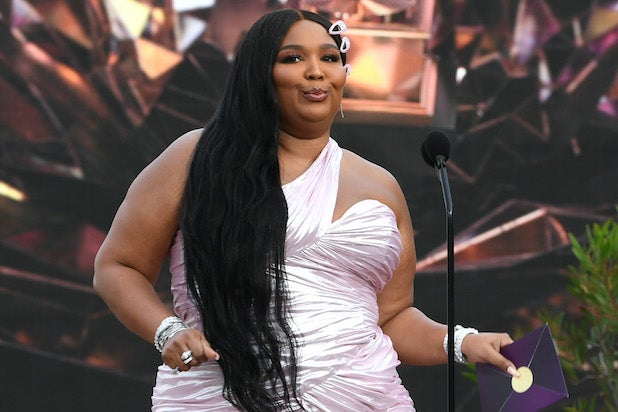 Photo by Kevin Winter/Getty Images for The Recording Academy

Per its official description, the currently untitled, unscripted series will follow “global superstar Lizzo as she continues to search for dynamic, full-figured women to join her world and perform with her on stage. Only the most talented dancers and models will have what it takes to twerk it out on tour and stomp it out on the runway.”

The project, which is still in the development stage, is being produced by Amazon Studios, where Lizzo has a first-look deal. Should the show be ordered to series, Lizzo would serve as executive producer.

Casting for the competition series is currently underway at BigGrrrls.com.

The “Truth Hurts” singer and Amazon Studios announced she had signed a first-look deal with the tech giant’s streaming arm last August. Under it, she will create television projects that will premiere exclusively on Amazon Prime Video in more than 200 countries and territories.

“I’m so excited to partner with the amazing team at Amazon,” Lizzo said in a statement at the time. “Thank you to Jen Salke and the rest of the team for making this dream come true. I can’t wait to get started and share my vision with the world.”

“Lizzo is one of the most exciting, creative, joyful artists in the industry, and it is such a pleasure to announce this new deal with her,” Jennifer Salke, head of Amazon Studios, added. “She has such a unique perspective and we’re so excited to hear her ideas for new content that our Prime Video customers are sure to love.”

Lizzo is a three-time Grammy winner whose debut album, “Cuz I Love You,” went platinum. The album was released in April 2019 and debuted at No. 6 on the Billboard Top 200 Albums chart and spent 24 consecutive weeks in the chart’s Top 10. “Truth Hurts” also became the longest-running No. 1 by a solo female rap artist in history, after spending seven weeks atop the charts.