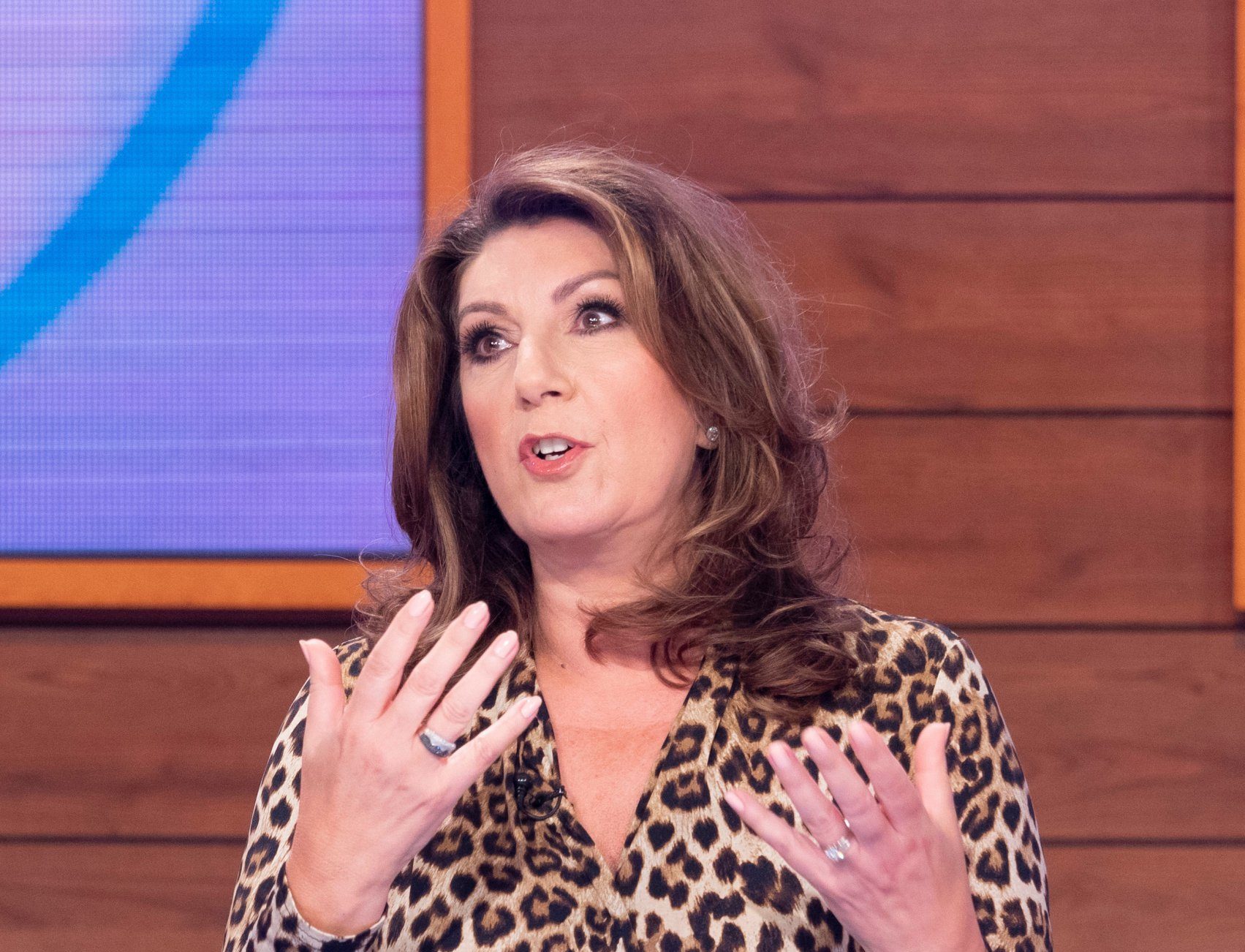 Jane McDonald is returning to Loose Women for the first time in two years, following the tragic death of her fiancé Eddie Rothe.

During Friday’s episode of the hit daytime show, presenter Kaye Adams revealed that the 58-year-old singer will be returning back to the panel next week.

She said: ‘We’ll be reuniting Carol [McGiffin] with Jane for the first time in eight years – so many great memories. Jane makes her return next week.’

The television presenter will address the heartbreak of losing Eddie to lung cancer, with her fellow panelists by her side.

The TV icon paid tribute to her fiancé on social media shortly after his death in June, saying in a statement: ‘It is with immense sadness that we share the news that Jane’s beloved long term partner, Ed, passed away on Friday 26th March.

‘He had been battling lung cancer for the last few months.’

The statement also went on to praise NHS staff for their work and support throughout Eddie’s illness.

Speaking directly about her heartbreak for the first time, Jane later shared a message on her official website, saying she had been ‘touched’ by every message of condolence she had received.

In a post titled ‘A Huge Thank You’, Jane also thanked those who had donated to Wakefield Hospice in memory of her partner.

Her message ended on a hopeful note as she sympathised with those who had told her they had also lost loved ones, writing ‘better days are ahead’.

Jane wrote: ‘I want to thank everyone most sincerely for the wonderful cards and messages of support that I have received since the awful news was announced that I had lost my beloved Ed. I’m so touched by each and every one.’

Power season 6 cast: Who is in the cast of Power? Will Angela be back?