After creating and directing “The Young Pope” for HBO, Paolo Sorrentino is returning to cinemas with a new piece of political satire. And if the trailer is any indication, he hasn’t reined in his over-the-top sensibility in the slightest.

“Loro” follows Silvio Berlusconi, the real-life Italian businessman and former prime minister of Italy. The populist leader has led the kind of life that would be impossible to take seriously if it weren’t true. The multi-billionaire began running for office in 1994, and spent nearly two decades at the epicenter of Italian politics. He famously remained involved in his business holdings despite conflicts of interest, and was brought down on charges of bribery, child prostitution, and tax fraud.

You’d be forgiven for thinking that’s where the movie ends, but it’s just the beginning. Because nothing truly dies in politics, Berlusconi reemerged in public life this year, winning a seat in the European Parliament.

Sorrentino’s take on his life combines fact with fiction, as the official synopsis reads: “Sergio (Riccardo Scamarcio) is an ambitious young hustler managing an escort service catering to the rich and powerful. Determined to move up in the world, Sergio sets his sights on the biggest client of all: Silvio Berlusconi (Toni Servillo), the disgraced, psychotically charming businessman and ex-PM currently plotting his political comeback. As Berlusconi attempts to bribe his way back to power, Sergio devises his own equally audacious scheme to win the mogul’s attention.”

The trailer plays up the salacious details from Berlusconi’s eventful life, playfully reminding viewers that the man is actually real. It shows corruption in every shot, with Toni Servillo’s Berlusconi never showing the slightest bit of remorse.

While “Loro” looks to be a larger-than-life take on a man who could be described in the same way, it fits into a larger category of films about populist leaders. From “The Brink” to “The Edge of Democracy,” independent filmmakers have been stepping up to capture the political movement that is dramatically changing the world as we know it. While this sex-and-drug-filled satire may not be a documentary, it looks to operate from the same place of truth.

Sundance Selects is releasing “Loro” in theaters on September 20. Check out IndieWire’s exclusive trailer and poster below. 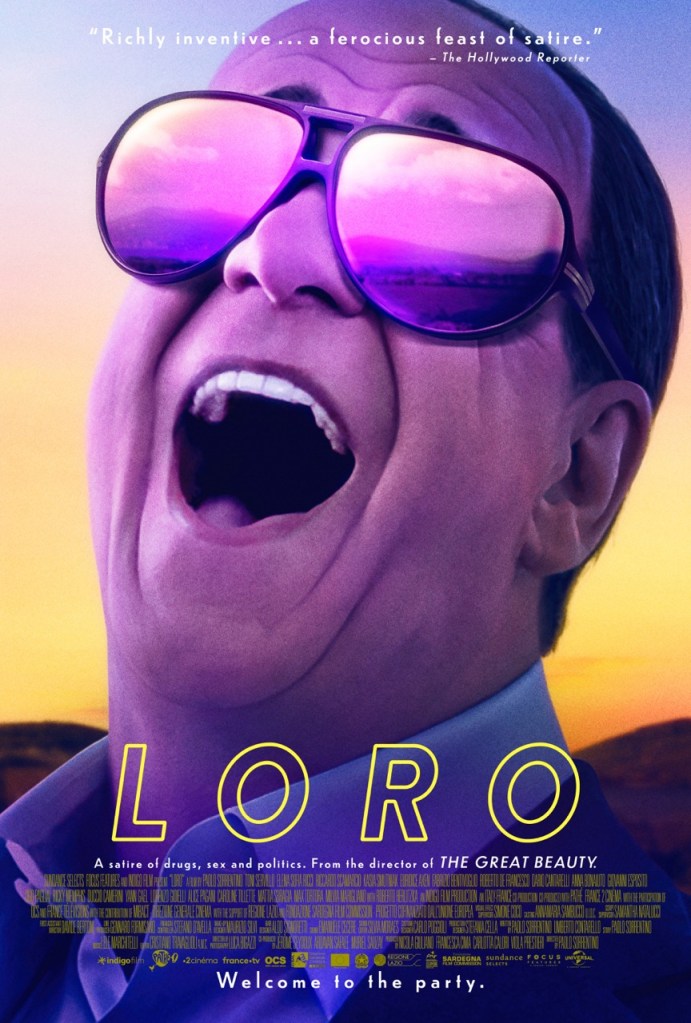 The Only Reason 'Avengers: Endgame' May Prove Unsurpassable in the Superhero Space

Ready to Mingle hunks include former EastEnders and Holby City actor – but do you recognise him?