LOVE Island's Faye Winter and Sharon Gaffka were accused of "bullying" Hugo Hammond tonight in the first row of the series.

Tensions were rising during a game where the couples were tested on how much they know one another. 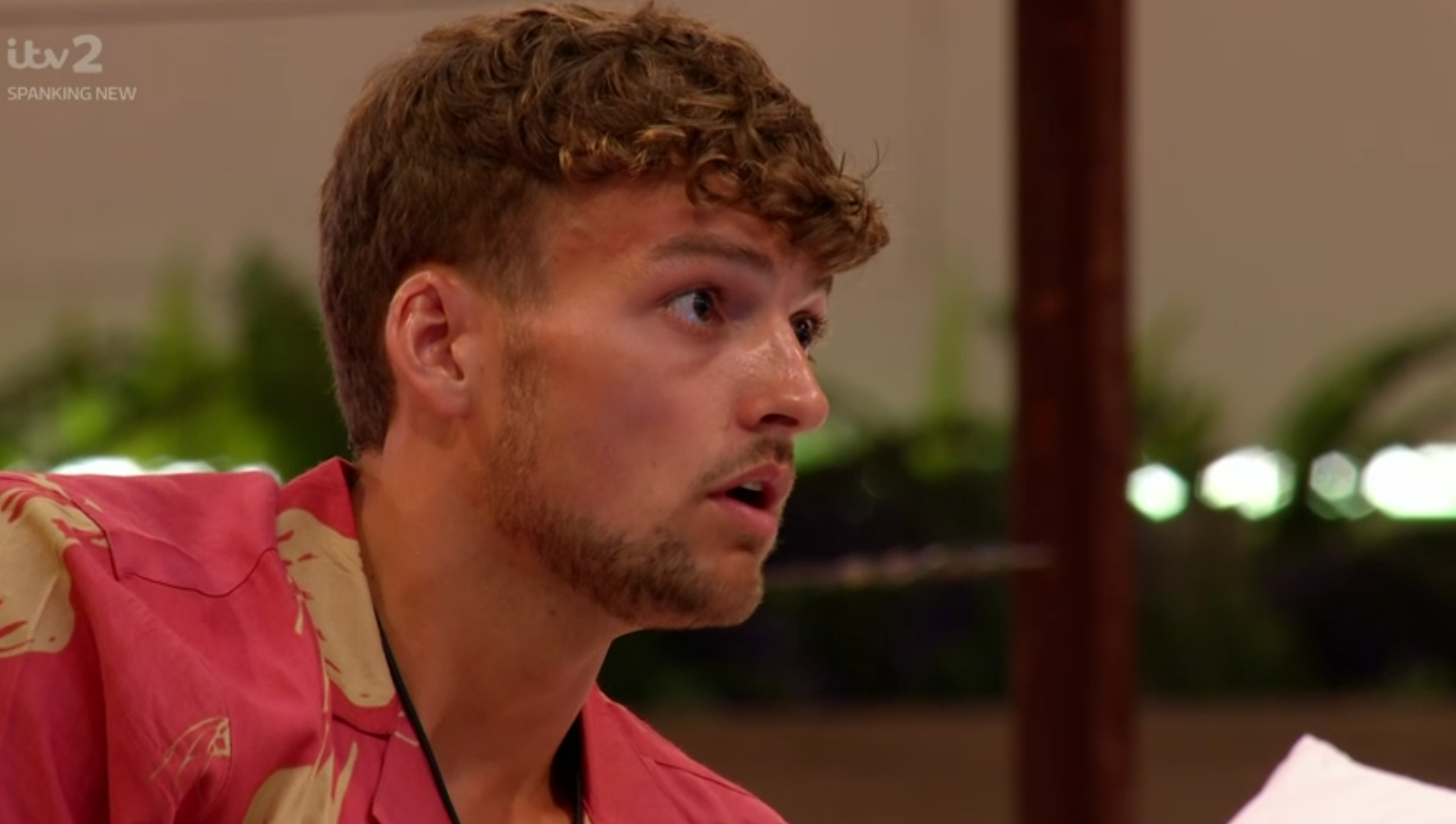 The PE teacher said he wasn't a fan of "fake personality and looks" referring to women who've had plastic surgery.

The comments riled Faye, who earlier said she'd had her lips and boobs done and botox injections.

Hugo said it was his biggest turn off, saying his perfect type is: “Leggy blonde. Not fake.”

That row saw several of the girls take issue with him using the word fake and at one point Hugo as seen breaking down in tears of frustration. 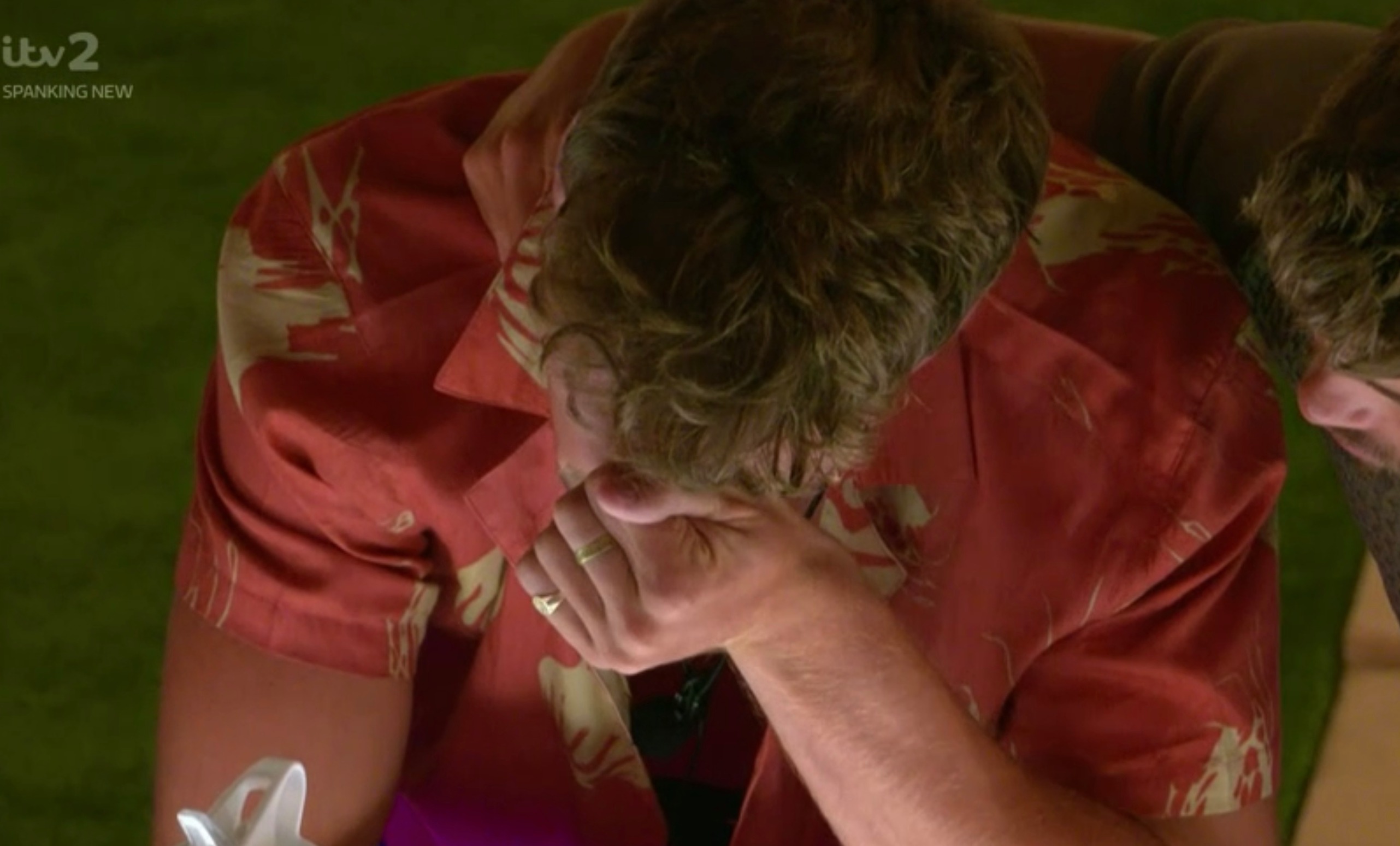 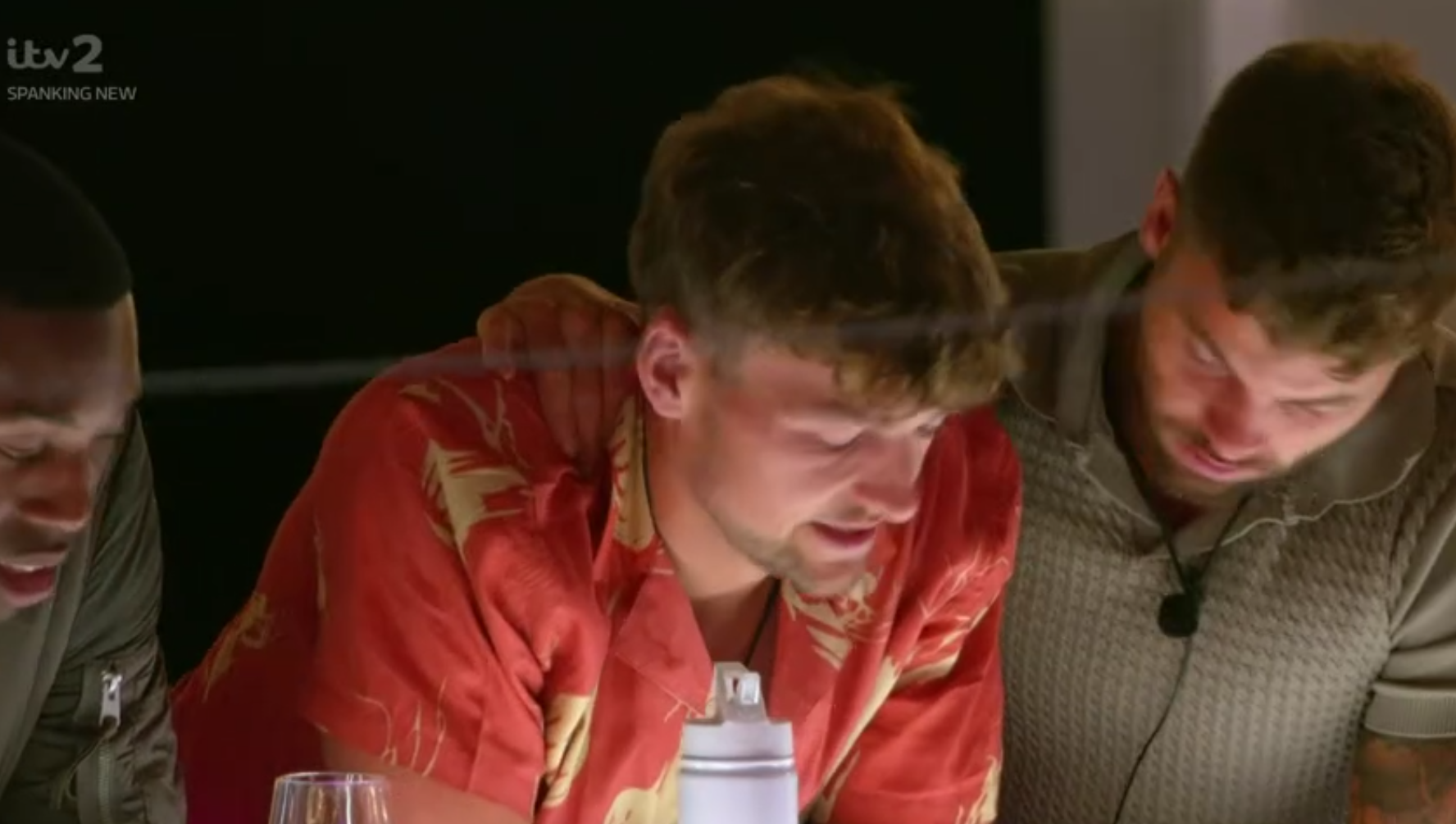 He said: “I just didn’t mean to upset anyone, that’s the last thing I wanted.”

Viewers were shocked when Faye shouted "I don't care if he's f*****g crying".

One fan tweeted: "Sorry cause Hugo don’t like fakes girls there no need to gang up on him everyone has a opinion"

Another said: "I’m sorry but the attitude absolutely reeks of bully’s – liberty is the only nice one. everyone was protecting kaz saying she needs to be protected yet bully’s hugo and embarrassed him and HELPED into making him cry how manipulative"

As one more person Tweeted: "completely agree but they don’t need to gang up on him – talk to him? tell him where he went wrong? if he needs to be educated, bloody educate him lol. silly girls acting like high school bullies" 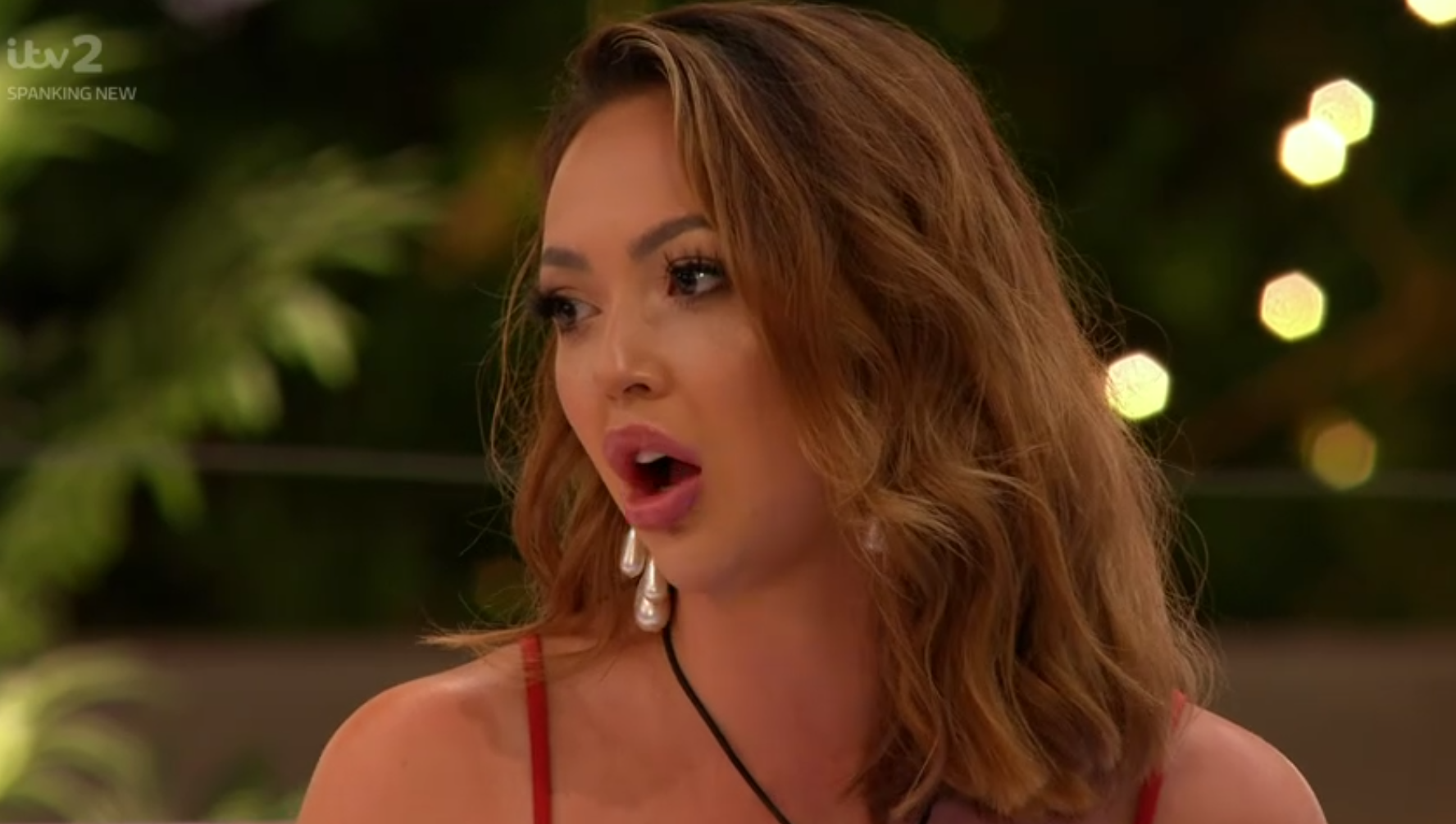 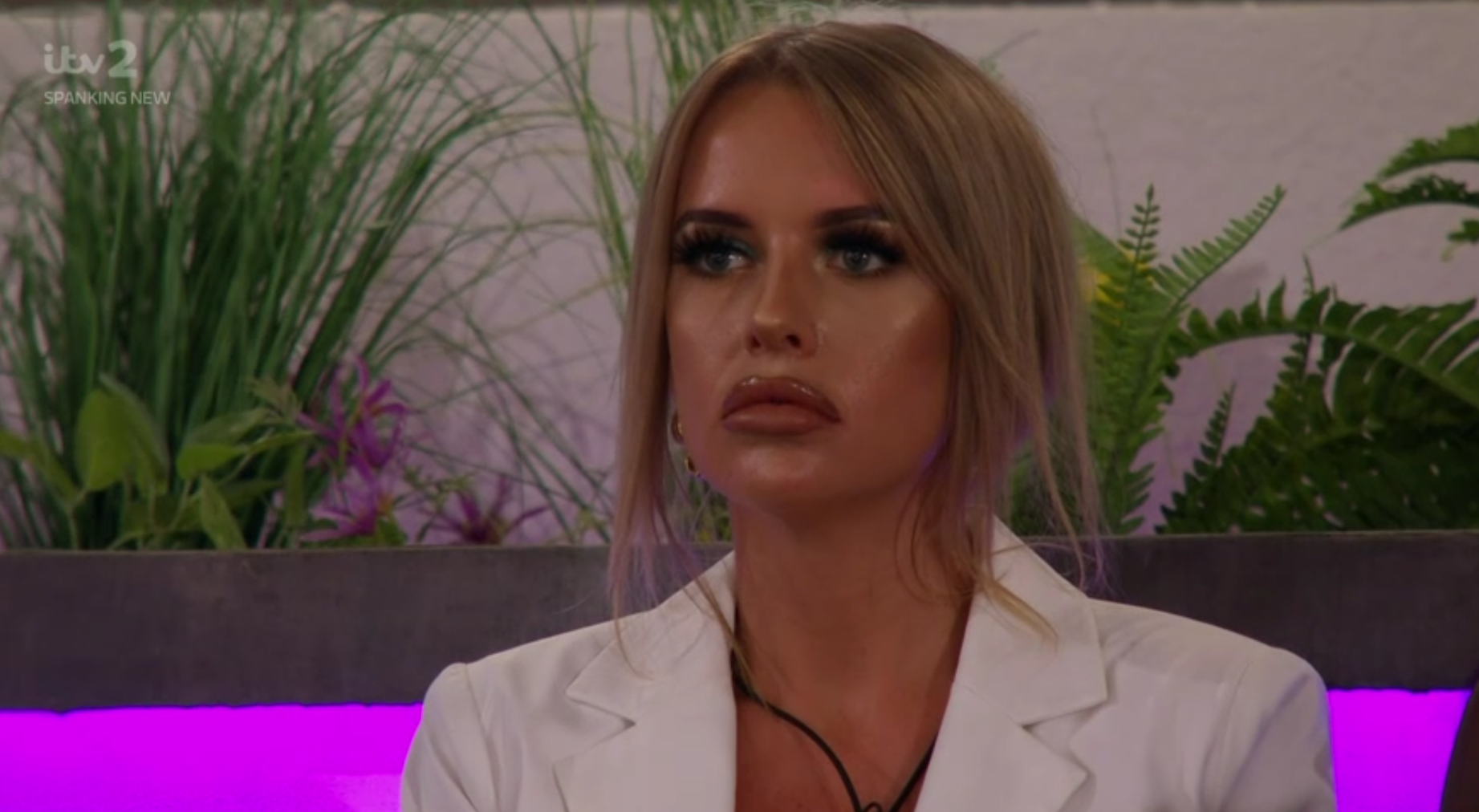 Faye had already been left annoyed when all the boys picked Chloe as they're 'second favourite girl in the villa after their partners'.

The 26-year-old had been pitted against Chloe last week with Brad eventually snubbing her for the 25-year-old.

Talking to the girls about Hugo's comments, she said: "That word keeps getting thrown around don't it? Ignorant as f**k"

‘El Camino’ Is an Ideal Epilogue to a Perfect Ending, Not Another Chapter of ‘Breaking Bad’