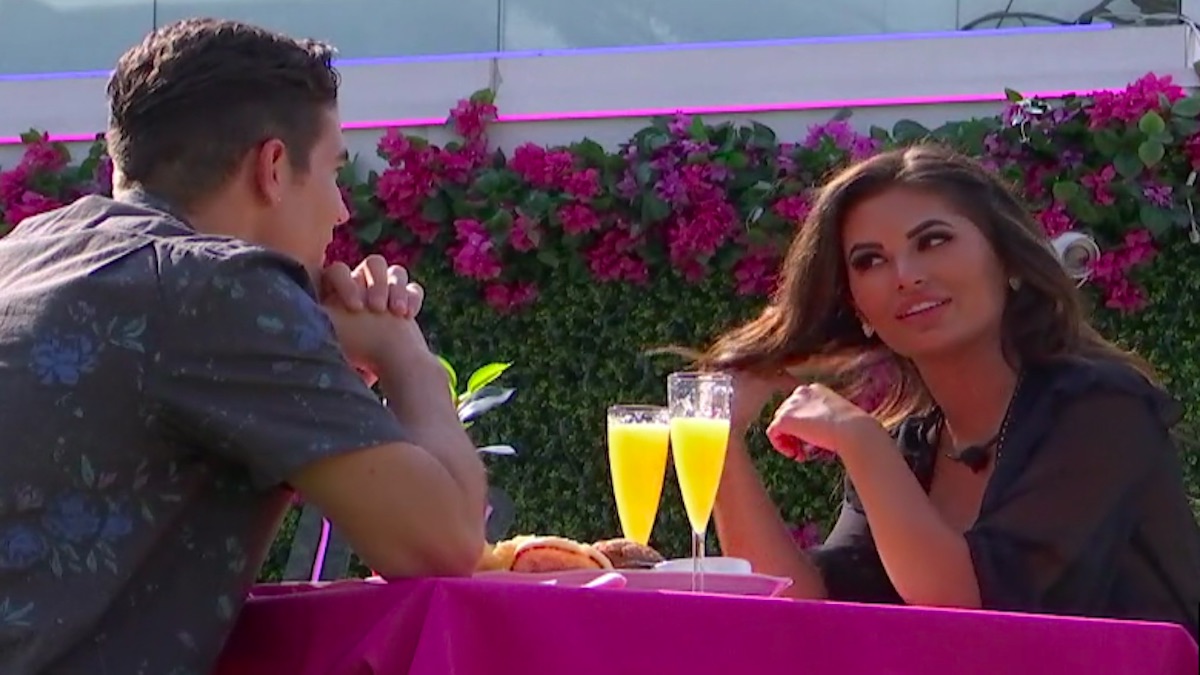 The last recoupling brought new relationships and it was time for America’s opinion about their new favorite on Love Island USA.

From brand new couples Kierstan Saulter and Calvin Cobb to Sher Suarez and Jalen Noble, they had little time to test the waters before facing America’s judgment.

The bottom three couples faced possible elimination from the island.

Possibly due to his Casa Amor performance, Johnny Middlebrooks and Cely Vazquez narrowly escaped being in the bottom three couples.

While it was understandable that default couple Mackenzie Dipman and Aaron Owen, along with newcomers Jalen and Sher, ended up in the bottom three, viewers were surprised to see Carrington Rodriguez and his partner Laurel Goldman facing possible elimination as well.

Kierstan has America on her side as she and her freshly recoupled partner Calvin Cobb were saved by the viewer’s vote.

The group of saved couples had to make a hard decision with only being able to save two islanders from getting kicked off the island.

Viewers fell even more in love with Kierstan as she still chose to save her ex, Carrington, despite their rocky history.

Ultimately, Carrington and Laurel were saved, as they had the strongest relationship between the bottom three couples.

Now, since there’s more room on the island, three new boys made their way into the Las Vegas villa.

Immediately after the elimination, the islanders woke up to the new confident additions.

The three new boys — Bennett Snipes, Noah Purvis, and Bennie Bivens — all received texts instructing them to ask any girl of their choosing on a brunch date.

Bennett chose the girl he finds the most attractive, Kierstan. Although her relationship with Calvin Cobb was blossoming, Kierstan immediately knew she found the spark she was looking for in Bennett.

Moira, who is newly coupled with Connor Trott, was asked on the second date by Noah. The two got along well and it ended with Moira questioning her connection to Connor.

Bennie surprised viewers by asking settled down Cely to be his date. Bennie was brave to ask her on a date, but she was happy to have Johnny on his toes by going.

Although he tried to hide it, Johnny felt threatened about Cely going on a date.

Viewers felt that after his steamy relationship with Mercedes in Casa Amor, he had no room to talk.

Love Island USA airs Monday-Friday at 9/8c and Saturday at 8/7c on CBS.

Classic '90s Sci-Fi Series Animorphs Is Getting A Movie