Home » Luca Guadagnino On Reuniting With Timothée Chalamet, Moving Away From ‘Call Me By Your Name’ Sequel & Adding Michael Stuhlberg, David Gordon Green And More To His First U.S. Film ‘Bones And All’

EXCLUSIVE: On lunch break Thursday in the first day of shooting of his first U.S.-set film Bones & All, director Luca Guadagnino talked about seizing the chance to reunite with Call Me By Your Name cohorts Timothée Chalamet and Michael Stuhlbarg, latter of whom he added to cast along with André Holland, Jessica Harper, Chloe Sevigny, Francesca Scorsese (the Guadagnino-created HBO series We Are Who We Are), and David Gordon-Green — yes, the Halloween director. They join previously announced Chalamet, Taylor Russell and Mark Rylance. 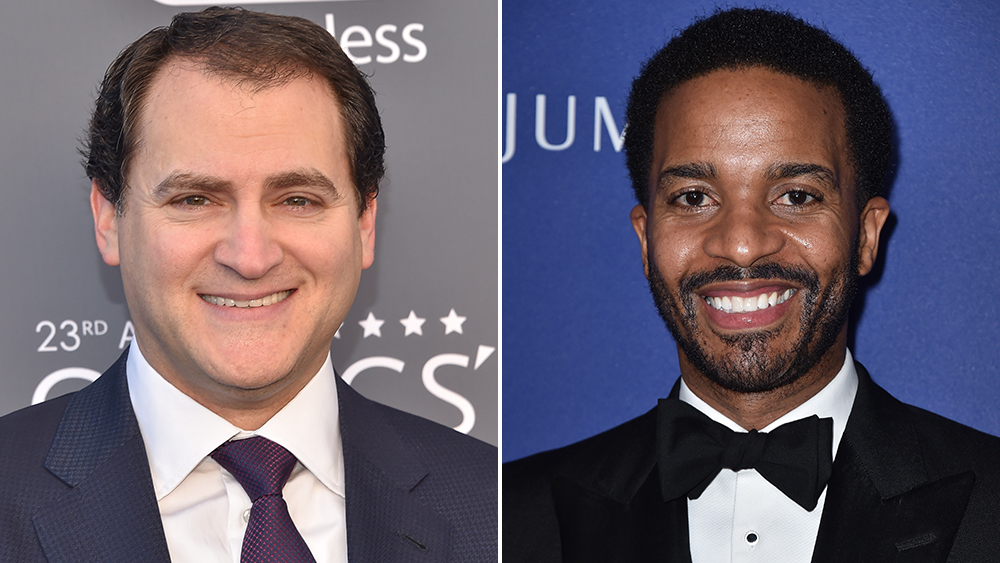 To devotees of Best Picture Oscar nominee Call Me By Your Name who were hopeful for a sequel, Guadagnino made it sound doubtful. The whole thing has gotten complicated. Chalamet will be busy making blockbusters like Dune sequels and playing the young Willy Wonka, and co-star Armie Hammer has been dropped from numerous projects over troubling off-camera allegations. But the fact is that Guadagnino himself is busy moving forward on his own films. At one point he is expected to set a new writer (Oscar winner James Ivory hadn’t planned to return), but it sounds like the director has moved on.

“The truth of the matter is, my heart is still there, but I’m working on this movie now, and I’m hopefully going to do Scarface soon, and I have many projects and so will focus on this side of the Atlantic and the movies I want to make.” 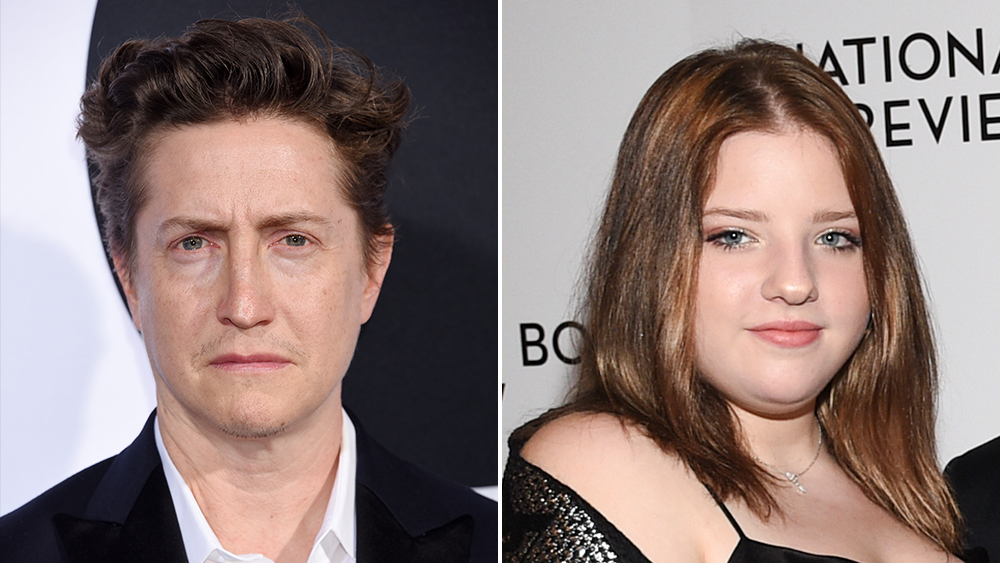 Bones & All is an adaptation of the Camille DeAngelis novel scripted by Guadagnino’s long time collaborator David Kajganich, with whom he did Suspiria and A Bigger Splash. The film is shooting in the Ohio Tri-State area, and marks the first one that Guadagnino has shot on U.S. soil.

“I’ve been totally influenced by the American culture, American cinema and now, American landscape, so I’m very happy and proud that I’ve finally come to this shore,” the Italian filmmaker told Deadline. “The last few months have been amazing for me, getting to know this part of the country, which is beautiful and unseen.”

The film is a story of first love between Maren, a young woman learning how to survive on the margins of society, and Lee, an intense and disenfranchised drifter, as they meet and join together for a thousand-mile odyssey which takes them through the back roads, hidden passages, and trap doors of Ronald Reagan’s America. But despite their best efforts, all roads lead back to their terrifying pasts and to a final stand which will determine whether their love can survive their otherness. Guadagnino fell in love with it upon first reading, and immediately saw Chalamet, Russell, Stuhlbarg in key roles, and thought of his filmmaker pal Green for another role. 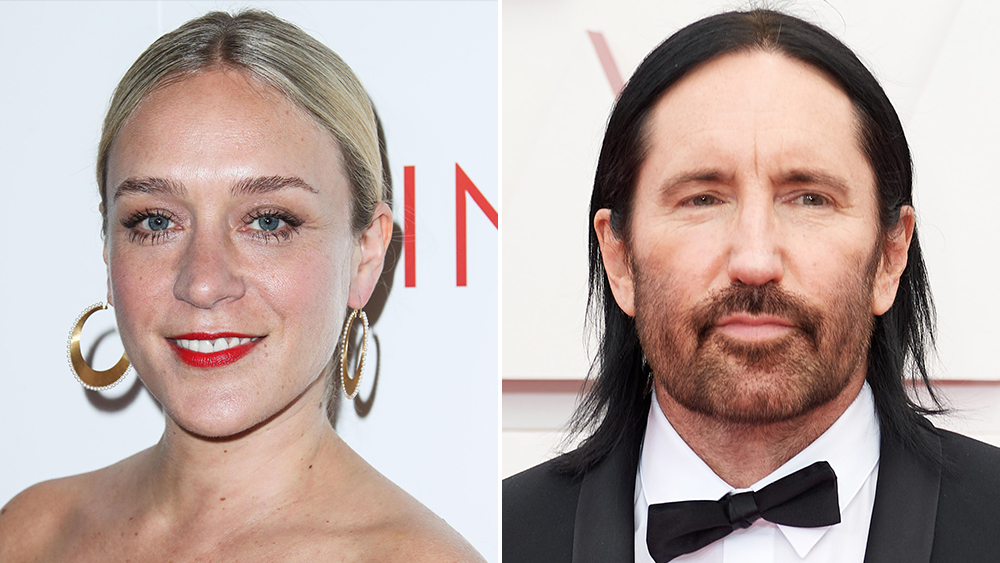 “I’d been handed this beautiful script by David Kajganich, and while I was reading it, I felt like I knew how to make this movie,” Guadagnino said. “At the same time, the second I read it, I said, I think only Timothee can play this role. It was serendipity because he was in Rome and I was in Rome and we met after this year of Covid constriction, and we could meet and spend time together. He’s fantastic, a great performer and to see him soaring the way he is doing now, I feel proud of him. And this character is something very new for him, both endearing and heartbreaking.

“I’ve been a fan of Taylor Russell since I saw her in Waves, and I made it a point to myself to make sure we found something to do together,” he said. “When I read the script, I went straight to her because she is such a bright, sensible actress. This is a very romantic story, about the impossibility of love and yet, the need for it. Even in extreme circumstances. Timmy and Taylor have this power, this gleaming power, to portray these universal feelings.”

He had the same strong feeling about Stuhlbarg, though it sounds like he’ll be playing a closer cousin to the ferocious mob boss of the Showtime mini Your Honor, than the gentle father who helped his son over a rocky first romance in Call Me By Your Name.

“I’d done a documentary on Salvatore Ferragamo the shoemaker, and Michael played the voice of Ferragamo, so our relationship was never interrupted,” he said. “Here, he plays someone who will put the audience on edge, and the sense of edginess that can come from him in a very humanistic way, it is amazing. I don’t want to say more.”

Perhaps the biggest surprise is the emergence of Green, who has settled into the genre space with his Halloween reboot, and a TV version of Hellraiser for HBO.

“David is my friend, a great filmmaker, and when I read those roles I thought of Michael, and David,” Guadagnino said. “When I sent the script to David, he said, ‘you’re mad, and I’m’ in.’ So he’s in. I asked him to change his looks radically and he’s done that. I do like discovering, so I’m launching the acting career of David Gordon Green, the great filmmaker.”

Guadagnino set production designer Elliott Hostetter (We Are Who We Are), director of photography Arseni Khachaturan, frequent Guadagnino collaborator Giulia Piersanti to design the costumes, with makeup by Fernanda Perez and hair by Massimo Gattabrusi. Francine Maisler is the casting director.

While he has left his home grounds to shoot this in the U.S., Bones & All wouldn’t be possible without full financing by Italian companies The Apartment Pictures (a Fremantle Company), Enzio Ricci’s 3 Marys, Memo, Tender Stories, Adler, Elafood, Elafilm, Manila, Serfis and Wise.

Pic is a production of A Frenesy Film Company and Per Capita Productions, produced by Kajganich, Theresa Park for Per Capita Productions, Guadagnino and Marco Morabito for Frenesy Film Company, Francesco Melzi d’Eril and Gabriele Moratti for Memo, Lorenzo Mieli for The Apartment Pictures and Peter Spears for Cor Cordium. Giovanni Corrado and Raffaella Viscardi are the exec producers.  Sales will be handled by The Apartment Pictures (a Fremantle Company), Frenesy Film, Memo and 3 Marys.

Chalamet is repped by UTA and Lev Ginsburg at Ginsburg, Daniels, Kallis; Russell by UTA and James Feldman at Lichter, Grossman; Rylance by CAA, and Jodi Peikoff at Peikoff Mahan; Kajganich by Anonymous, UTA, and Alan Wertheimer at Jackoway Tyerman; Guadagnino by Range Media Partners, WME, and Carlos Goodman at Goodman, Genow.

Justin Bieber reveals he was ‘really, really suicidal’ as a teen after trolls bullied him for ‘looking like a girl’ – The Sun