Home » TV & Movies » MAFS Australia season 8: Where are they now

IF LIKE us you are addicted to Married At First Sight Australia you will want to know what happened after the cameras stopped rolling.

Despite only being shown on E4 now, season 8 of the hit reality show was actually filmed in 2020, leading fans to wonder what the couples are up to now. 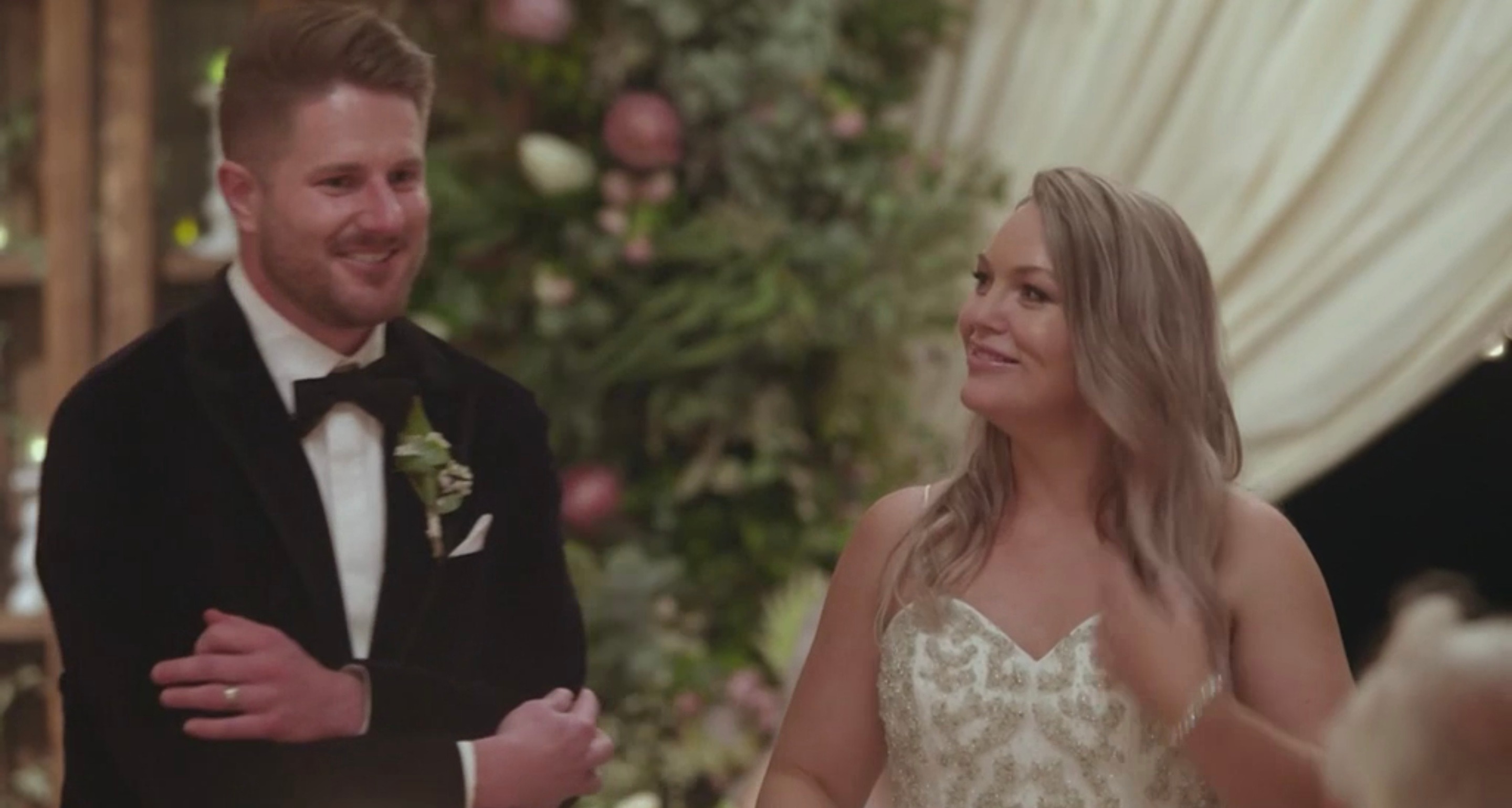 Where are the MAFS Australia season 8 couples now?

Fans of the show will be happy to hear that Melissa and Bryce are still together following their appearance on MAFS Australia.

They have even made some major announcements after the show wrapped up.

They are officially engaged to be married, and if that wasn't a big enough surprise, they have welcomed twins.

“It’s all happened very fast,” Bryce admitted to New Idea, while Melissa added: “It’s been a whirlwind, but we’re so incredibly happy.”

“We’re not doing this for anybody else, it’s about us – we’re cementing our love. Melissa deserves to be happy and I’m apparently very good at that, so I’m looking forward to making it all official,” Bryce said.

They both announced the news of their baby on Instagram, along with a loved up snap as Melissa told her followers: “Baby Ruthven (x2!) due December 2021. I absolutely loved the fun we had on set on this day, although the morning sickness was constant.”

It was never meant to be for these two, with Sam calling Cocco "too loud" on their wedding day.

Cocco then had a brief fling with another MAFS season 8 groom, Cam – but things didn't work out, with Cocco saying her "ghosted" her,

Cam spoke to 9Entertainment about the end of his relationship with Coco, where he said: "There was a conversation to see if we could come back to the experiment together, but it just wasn’t the case.

"What made it hard to pursue that afterwards was that we were right in the midst of COVID and in different states. I was going to Queensland and she was staying in Sydney."

Coco appears to be single, while Sam is working on his fashion brand.

Before going off with Cocco, Cam was married to Sam.

But things to a huge turn on their honeymoon when they fell out during a conversation about an "emotional connection".

It didn’t take Sam long to move on from the heartache and she went public with a new boyfriend in April 2021.

It looks like Cam is in a new relationship too.

He told TV Week back in March 2021: "I'm dating at the moment; I'm seeing someone

Despite still going strong at the final dinner party, these two are no longer together.

Belinda and Patrick seemed like the show’s golden couple with him calling her "the most beautiful girl he’d ever seen" on their wedding day.

Despite leaving the show together, the former couple split nine months after the cameras stopped rolling and announced the news on their social media accounts.

In a joint statement, they revealed: “We would like to address the rumours of our split and confirm we have gone our separate ways.

"We have enjoyed a relationship together for over nine months; however, we do not want the same things in love and life.

“We appreciate all the love and support we have received through our journey.”

Belinda is currently single and throwing herself into her fashion brand.

Patrick is still a personal trainer and often shares videos of his workouts on social media.

Kerry and Johnny are one of season eight’s success stories and are still very much loved up.

Since the show ended, the pair have moved into a townhouse together in Brisbane.

Following the last episode of the show, Kerry gushed over her new husband on Instagram, saying: "The ultimate ending to my real-life fairytale. I LOVE YOU! So glad I can finally shout it from the rooftops!"

Mental health worker Booka and psychology student and electrician Brett went to the South Coast in New South Wales for their honeymoon and couldn't keep their hands off each other.

However, after a string of arguments, the pair ended things on good terms and decided to stay friends.

Booka is continuing her passion for music as part of the band Make Them Suffer.

The band just launched an official Spotify playlist and will be appearing as special guests at the Polaris tour in 2022.

She is also a member of the Internet Friends band, and has also been designing her own printed clothing made from fair trade, vegan and organic cotton.

Bret seems to be enjoying spending time with his friends and family.

He has also been working with a mental health charity to raise money for ‘people battling addiction challenges’.

While the couple did make it all the way to the end of the show, they decided to call it quits when the cameras stopped rolling.

Things looked good for teacher Alana, 30, and construction estimator Jason, 35, and at the final commitment ceremony, they chose to remain in their marriage.

In April, Jason confirmed the sad news they had split, telling his Instagram followers: “Unfortunately, we couldn’t make it work outside of the experiment.

“Without outside influences I think we could have been an amazing couple but that wasn’t to be… maybe in the next lifetime hey.

“Alana is every bit the amazing woman Australia has seen and she deserves all the love and happiness in the world. As much as I wanted to give her that happiness I couldn’t. I’ll always have a place for you in my heart… Later crit.”

Alana moved on with new boyfriend Ben Michell after the show.

After the show, Jason went on to date MAFS season seven star KC Osborne, but the pair have now broken up.

Things started out well for these two who bonded on their wedding day, but things ended in the final week.

Liam – who was the first openly bisexual groom on the show – fell out with his bride during the final dinner party.

Following their bust up, Georgia said at the last commitment ceremony: “Without warning, you turned on me, you humiliated me, and you degraded me in front of everyone.

“It was obvious how devastated I was, and yet you chose to abandon me that night when I needed you the most. I've never felt so small, inadequate, and confused.”

Liam was left furious by her comments as he slammed: “As much as I want to make this work, that just shows you don't know me, and I'm not gonna have a partner who doesn't know me.

He then stormed out of the room, before Georgia threw her wedding ring on the floor and burst into tears.

Georgia decided to take some time for herself after the show and is seemingly single.

She now takes part in dressage competitions with her horse.

What happened to the other couples?

Some of the couples didn't even make it past the first week, while others left just a few weeks in.

There was even one couple who didn't make it to the first commitment ceremony.

How can I watch Married At First Sight Australia?

Season eight has sadly concluded, but the episodes are still available to watch.

You can watch all 32 episodes right now on All 4.

You'll also find past seasons of MAFS Aus on there as well, so get binging.

Spoilers: Is Mila's young sister Kioni in danger in EastEnders?

Who is Duncan James and what’s his net worth? – The Sun