One lucky This Morning competition winner is getting his energy bills paid for the rest of 2022 amid the cost of living crisis.

On Monday morning’s show, hosts Phillip Schofield and Holly Willoughby were back on air after their summer break and the fan favourite Spin The Wheel segment was back in a twist which left viewers bemoaning the state of the country.

Phil explained: ‘This week we’ve got our usual cash prizes, but you could also win some extra cash to pay your energy bills until the end of the year. That’s four months of energy bills taken care of.’

Caller Alex from Enfield – who had just been to visit his 93-year-old great aunt and was ‘pulling up outside’ his home ready to put This Morning on the telly when he got the call. 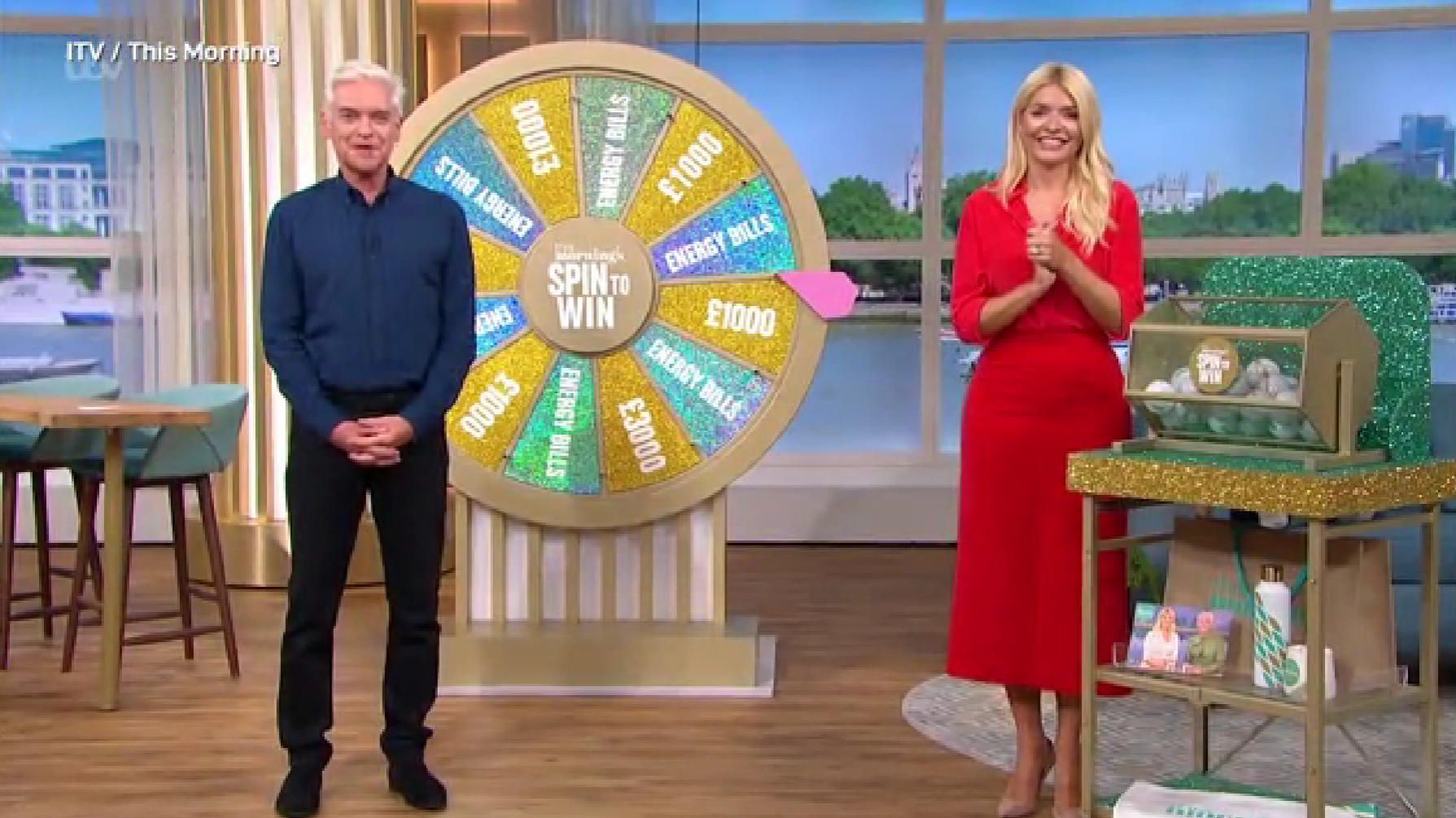 Asked if he was worried about the rising cost of energy, Alex admitted: ‘Massively. I’ve got one of these prepayment meters and it’s absolutely murder.’

‘Well let’s hope it lands on one of those then,’ Phil replied before spinning the wheel, and just landed the right side as he Alex reacted to the news: ‘Oh my God! Thank you! Fantastic, what a relief, thank you very much!’

Viewers couldn’t believe what they were watching, with plenty of people blasting the need for such a spectacle on television.

‘Actual worst timeline stuff that the prize wheel on This Morning now includes the option to win your energy bills paid for 4 months,’ tweeted one person, with plenty echoing the same sentiment.

Another viewer added: ‘#ThisMorning having ‘energy bills’ as a prize on their Spin To Win is the most dystopian and sad reflection on society right now… How did we get to this point? Madness.’

A different Twitter user wrote: ‘If this doesn’t perfectly showcase what a dire state this country is in. Tv shows like #ThisMorning are now having to help us pay energy bills, that’s what 12 years of tories has given us. (sic)’

And a fourth person said: ‘When you can win the prize of having your energy bills paid and they pretend like it’s a good thing, that’s when you know this country is f**ked.’

The cost of living crisis is leaving Brits worried about their finances and health heading into the winter months, with energy bills soaring, and Baroness Ruby McGregor-Smith – the president of the British Chambers of Commerce (BCC) – recently warned that thousands of pubs could be forced to close their doors because of a lack of support.

Meanwhile, Liz Truss – who is expected to beat Rishi Sunak to become Britain’s new prime minister this afternoon – is said to be ‘strongly considering’ freezing energy bills this winter.