Seven celebrity chefs battled it out in the Celebrity MasterChef semi-final this week. After the BBC removed the episode from the schedule in light of the Queen’s death last Thursday, viewers have since criticised the decision to air the Jubilee-themed segment unedited during the nation’s mourning period.

Masterchef fans have slammed the BBC for airing lighthearted tributes to the Queen just a week after Her Majesty’s death at the age of 96.

Viewers have dubbed this week’s semi-final “distasteful” and lamented the episode’s poor timing.

This week, the seven remaining celebrity chefs were challenged to impress the legendary Dame Mary Berry with their culinary skills.

After the Great British Bake Off legend left the studio, they were tasked with creating a range of dishes to celebrate the Queen’s Platinum Jubilee. 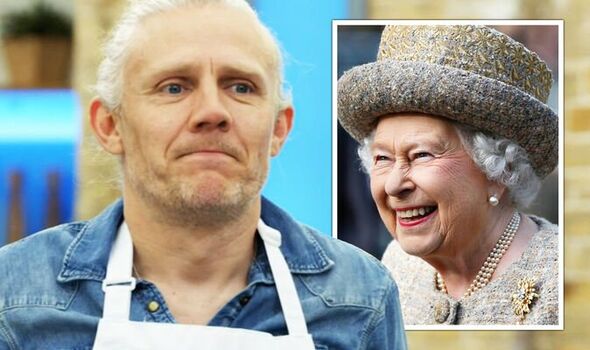 Filmed ahead of time to commemorate the monarch’s 70 years on the throne, the special episode proved controversial when it went out unedited on Thursday night.

Graham Smales fumed: “Who thought it was a good idea to replay this episode this week?”

“‘We’re having a party!! I just wanna have fun’,” @SharpieStadiums wrote, quoting a comment made about the Queen in the special.

“Are we still allowed to celebrate the Jubilee? Might that be treason or just in bad taste?” (sic)

@MultiHuns posted: “Watching #MasterChef with the folks and it’s all about the Queen.

“Should they be airing this? As so many other things have been taken off air because of recent events.”

Despite the complaints, some viewers were clearly moved by the contestants’ tributes to the Queen.

And @KatieKirkLoves cried: “The fact that this Jubilee-themed episode of Masterchef was due to air last Thursday!”

EastEnders actor Cliff Parisi served Gregg Wallace and John Torode some smoked lobster in celebration of one of the Queen’s favourite dishes, fish and chips.

And former footballer Jimmy Bullard remembered his fond memories of celebrating previous Jubilees with his family, before dishing up venison loin and roast potatoes.

Musician Danny Jones also recalled two major blunders he made whilst performing in front of the Queen.

“I was doing a Royal Variety performance and I hit the worst note I’ve ever hit in my career,” he confessed.

“It was so out of tune because I saw the Queen staring at me and it threw me off!”

Danny also sang the wrong words at the Olympic Torch Ceremony, and he admitted: “The Queen’s not seen me at my best yet!”

Sadly, Jimmy’s venison wasn’t quite up to standard, and he was the first celebrity to be sent home in the tense semi-final.

MasterChef continues Thursdays at 8.30pm on BBC One.