The BBC Breakfast presenter admitted he was “worried” to have the Hastings Hotels managing director James McGinn sat beside him. The guest, known for his attention to detail, wasted no time in pointing out to Jon Kay stains on the table in front of him, which Tina Daheley scolded her co-star for as she pointed out: “That’s Jon.”

The two hosts were set to chat to James about his upcoming appearance on BBC Two’s The Hotel People.

A clip shown saw James inspecting the rooms of a hotel to point out anything that didn’t appear to be up to the hotel’s standards, such as furniture that wasn’t straight enough.

“Well we caught a glimpse there of the managing director of the Hastings Hotel Group, James McGinn,” Jon stated.

“I’m slightly worried,” he confessed as James had already begun looking around the room. 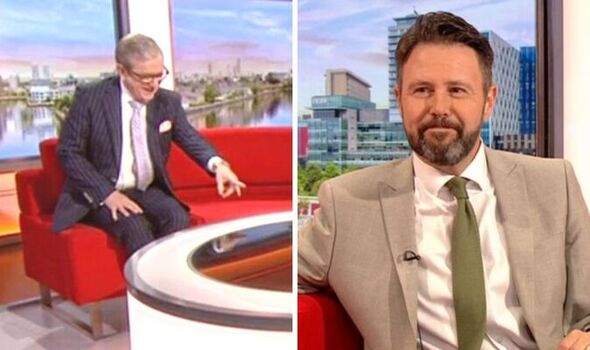 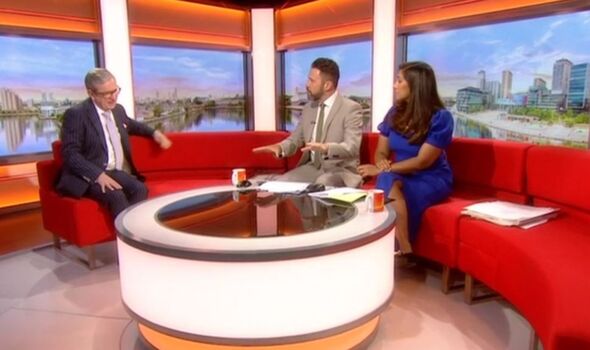 “Your attention to detail is so serious! And we’re a bit of a mess here…” Jon explained.

Observing the table in front of him, James agreed: “Yeah, there’s a little bit of a coffee stain just there.”

Jon moved on from his embarrassment as he turned to James and asked: “Are you like that in everything you do though? Are you constantly looking for things that need to be put right?” 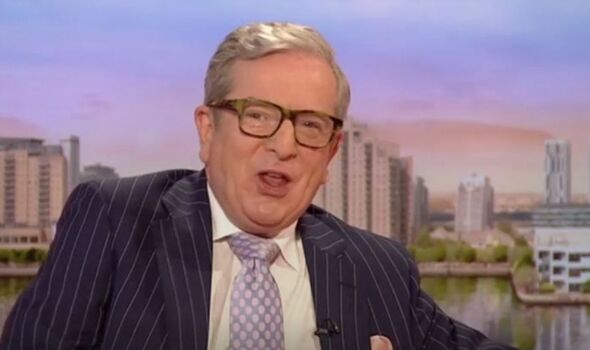 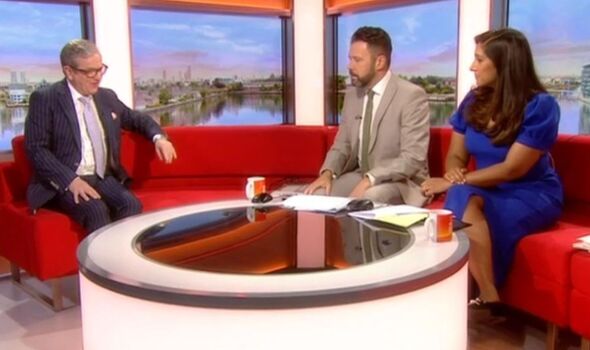 “I’m constantly looking at things and thinking they should be right,” the Irish hotel boss laughed.

“You tend to just have a trained eye after all this time. You just tend to look for the detail.

“The devil’s in the details, and I think even in the show it comes across that if I walk into a room and see something not quite right, I’m very animated.”

James then went on to explain a little more about the show.

“The Hotel People really is what the title says, it’s about the people within the hotel and the people – both my colleagues and then our guests.

“And it’s great for Northern Ireland. Hastings Hotels are a family-owned business.

“It began with Sir William Hastings and is now operated by his four children.”

He added: “This show focuses on four of our seven properties, so we have seven and each one of them are very individual.”

On the Belfast hotel, he said: “It really encompasses the spirit of Belfast, it has been bombed countless times. Yet only in Covid did it really close down, ever.”

“It’s interesting you mention Covid because a lot of the series is about how you as a group of hotels try to move on and recover and build back the business after that terrible time,” Jon remarked.

James admitted it had been “difficult” to close the hotels and deal with redundancies before re-opening again.

BBC Breakfast airs daily from 6am on BBC One, while The Hotel People airs on BBC Two on Tuesday at 8pm.