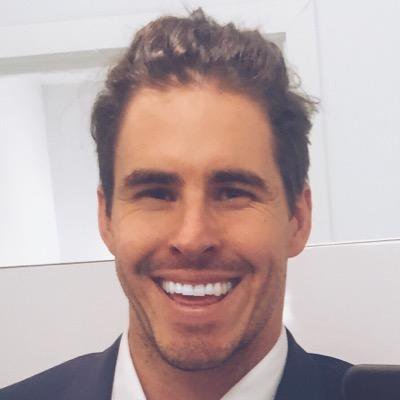 The Millionaire Matchmaker contestant, who appeared in season eight of the series, died on October 9.

His family confirmed the news in a heartbreaking statement on his GoFundMe page, stating that he died from a ‘sudden Vascular Ehlers Danlos Syndrome event’.

‘He lives on through his wife Cherrie, their 6-month-old beautiful baby Finley, his father Chris, and his sister Kaitlin.

‘Trevor was the type of person that left a footprint in the world without even trying. He was sincere, generous, funny, and always tried to give back. Trevor had a gift where he could make anyone smile, laugh, or feel comfortable with just a look or a few words.

‘He accomplished so many amazing things in his life, but the two that made the greatest impact were marrying his best friend and greatest love, Cherrie, in April 2018 and the birth of his beautiful daughter, Finley, in March 2021.

‘Trevor loved his two girls more than anything in the world and made it a point to make sure everyone knew, too.’

The post concluded: ‘This fund has been set up by friends of the family. The money raised will be provided to Cherrie to help support their daughter, Finley.

‘We love you Trevor. You will be missed!’

The star suffered from Ehlers Danlos Syndrome, a genetic disorder that impacts connective tissue and can lead to the spontaneous rupturing of major blood vessels.

His family did not go into further details over his cause of death.

Jones’ wife later shared an update on the page after the news broke, thanking everyone for their love and support.

‘Thank you so much for all the love and support you have shared durning this difficult time. Trevor would have loved seeing this beautiful movement take place on his family’s behalf,’ she said.

‘He can rest easy knowing that his girls are taken care of thanks to all of you. Finley and I are so grateful and love you all so much.’

Jones stepped into the spotlight thanks to his appearance on dating show Millionaire Matchmaker, where Patti Stanger tried to help him find love.

The entrepreneur, who launched Flex Watches, went on a date with The Hills star Stephanie Pratt in front of the cameras but ultimately the pair went their separate ways.

He went on to marry wife Cherrie in 2018, with the pair welcoming their first child together, daughter, Finley, in March of this year.