Home » TV & Movies » 'Mindhunter' Has Not Been Canceled; Here's What We Know About Season 3

Netflix hasn’t said yes to a third season of Mindhunter yet, but they have not said no either. Although the service has been cancellation happy of late, Netflix very much wants to stay in the David Fincher business, having seen much success with the demanding director who is a primary creative force of that show.

Fincher helped bring House of Cards to Netflix, and it was that show that helped transform Netflix from a provider of other people’s material to a content producer. Flash-forward only a few years, and Netflix has produced countless TV shows and specials while making deals with A-list directors and stars.

What’s the status of ‘Mindhutner?’ 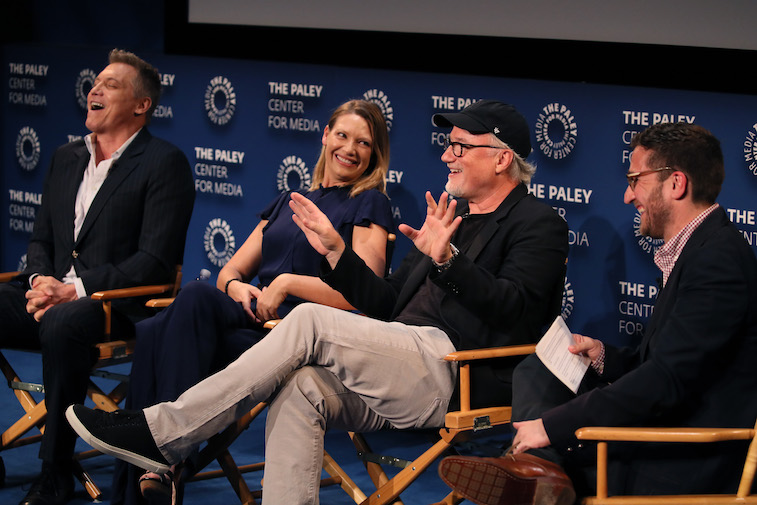 Mindhunter dropped its second-season last August, thrilling fans of serial killer fare. The show is based on the real-life story of FBI agents who pioneered the technique of interviewing serial killers to try and understand their mindset – a position that was not popular among law enforcement in the wake of the grisly murders by the Manson family.

The show has scored a stellar 97 percent rating from critics on Rotten Tomatoes, with a 95 percent audience score to boot. The Critical Consensus of the first season states, “Mindhunter distinguishes itself in a crowded genre with ambitiously cinematic visuals and a meticulous attention to character development.”

And that praise remained high for the second season.

Netflix typically does not release viewership figures for individual shows, although the series likely remains popular enough to warrant a third season.

Actor Holt McCallany, who along with Jonathan Groff, plays a protagonist  FBI agent, told the Hollywood Reporter that Fincher himself had planned for no less than five seasons. – and Fincher was quite emphatic about that.

“He said, ‘Listen, are you ready to do this for five seasons? Because even if I f—it up, it’s gonna go five seasons, and I don’t intend to f— it up.’ So I’d like to think that we will continue, for as long as David is intrigued by telling this particular story.”

What would season 3 entail?

Fincher and company are all but ready to go on season 3, with some concrete plans about what exactly they would like to do. McCallany said the new season might be a “complete reimagining” of the show.

“My hope going forward is that we’ll just continue to meet some of these really well-known criminals, where you start to talk about the John Wayne Gacys, the Ted Bundys, the Jeffrey Dahmers,” he said.

Mindhunter certainty capitalized on the ongoing interest in the Manson case in unexpected ways. The show premiered very shortly before Manson died in November 2017.

On top of that, the actor who played Manson in Mindhunter, Damon Herriman, also played  the same part in Quentin Tarantino’s hit Once Upon a Time in Hollywood, about the intersection of the Manson clan with fictional Hollywood characters past their prime.

David Fincher has made Netflix his home of late

Fincher has long been known for his stylized films that he directs with meticulous control. He has also shown a particular bent for crime thrillers with movies like Seven, Panic Room, Zodiac and Gone Girl.  However, he has not released a feature-length movie since Gone Girl in 2014.

He has primarily made Netflix his home, starting with the first two episodes of House of Cards in 2013. He went on to direct seven episodes of Mindhunter — four in the first season and three in the second season. And he’s not done with Netflix yet.

Fincher is currently filming Mank, about Herman Mankiewicz, the co-writer of Citizen Kane, which is still considered one of the greatest movies of all time. One of the reasons Fincher made the movie with Netflix is that they agreed to let him shoot it in black and white, as Citizen Kane had been – a move that Hollywood studios were skittish about.

Since Netflix allowed Fincher that freedom, they are very likely to want to keep him happy and give the go-ahead to season 3 of Mindhunter.