Money Heist season five will be arriving on Netflix in the near future and viewers are anxious to see the gang return. At the end of season four, the Professor (played by Álvaro Morte) was caught out by Alicia Sierra (Najwa Nimri) while the rest of the gang remain in the Bank of Spain. Some fans believed background character Manila (Belén Cuesta) will take on a major role in the upcoming season.

Will Manila play a huge role in Denver plot?

La Casa de Papel will be making a comeback soon and fans are desperate to find out how the gang escapes the Bank of Spain.

With the gold in their grasp and Rio (Miguel Herrán) rescued, everything seemed to be going their way.

This was until Sierra caught up with the Professor and she is bound to throw a spanner in the works.

The gang will need to think on their feet if they are to ensure everyone escapes safely.

Some fans believe Manila, who joined the main cast in season four as a trans character, will step up her game. 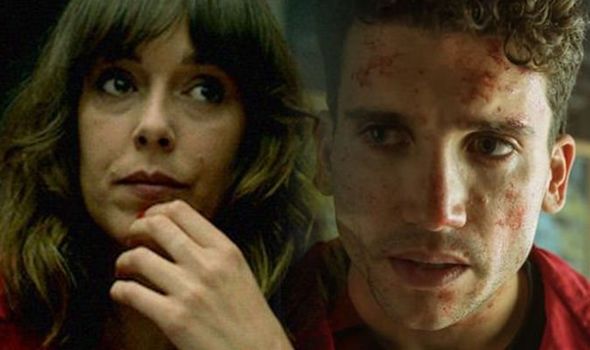 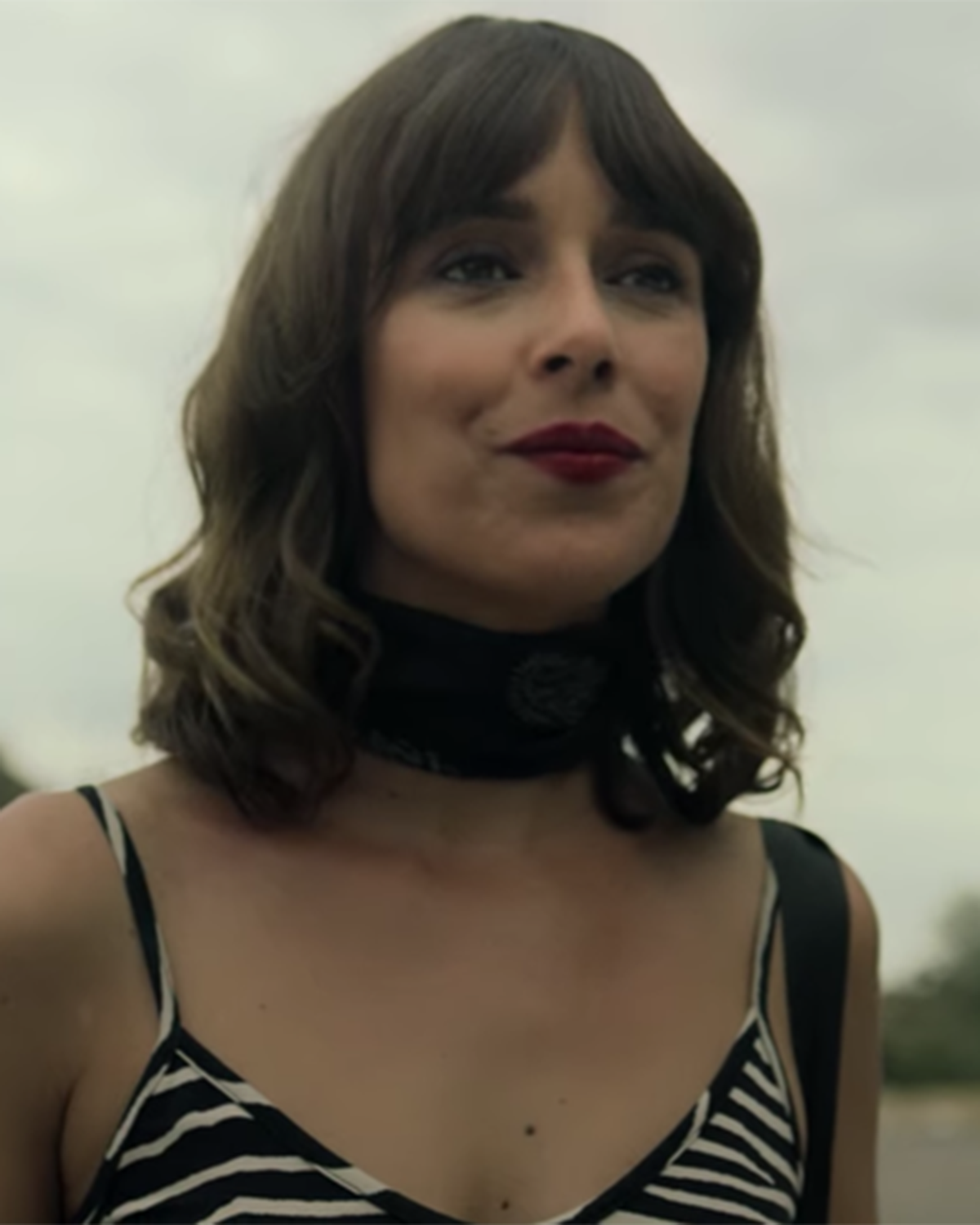 She has connections with Moscow (Paco Tous) and Denver (Jaime Lorente) as she is the godchild of one of their childhood friends.

Known as Julia, she posed as one of the hostages during the robbery, and she is expected to play a bigger role in season five.

Viewers have taken to Reddit to share their thoughts on how Manila’s character will evolve, with one saying: “Imo she is key about Denver’s character development.

“Denver’s behaviour is problematic and we know they have grown up together and Moscow was her godfather.

“So she will be the only one who can tell him how Moscow would be disappointed about the man he has become or something like that.” [Sic]. 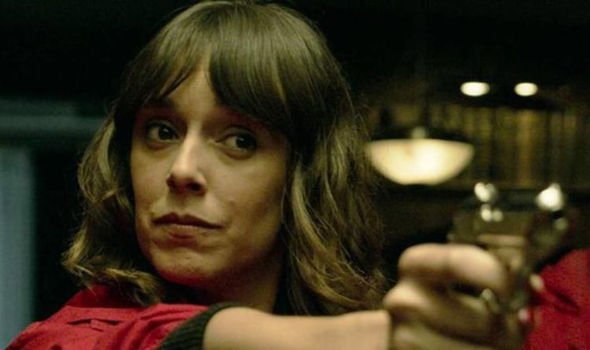 Denver was left heartbroken after his father Moscow died in season two when he was shot by police outside the Royal Mint of Spain.

Ever since then, he has not been the same and fans believe Manila will be the one to change his personality.

Another fan said: “I hope she will have a bigger role, and she already revealed herself in front of the hostages.

“I guess there is no point of keeping her in the background. Also I fell in love with her the moment she shot Arturo in the leg.”

Manila actress Cuesta is well-known in Spain and she is expected to have more screentime in season five. 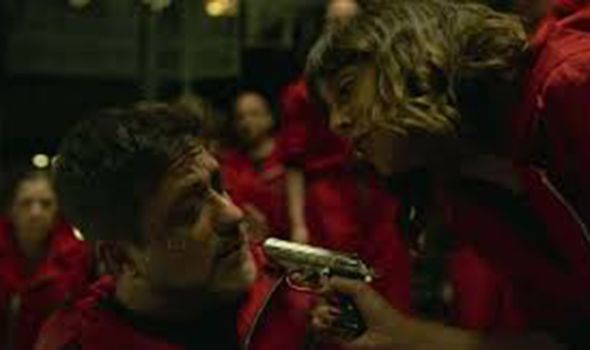 One Reddit user said they hoped Manila will get the opportunity to shine as a strong trans character.

They said: “The series, so far, has done a very good job at portraying fully developed, non-stereotypical, complex female and LGBT characters.

“I think they will do the same with Manila. It would be a shame if they left her in the background and made her just another token trans character.”

There are hopes she will continue to put Arturo (Enrique Arce) in his place following their last heated exchange.

She had shot him in a bid to prevent him from speaking out about the Bank of Spain heist.

Manila had joined the second heist at the request of Moscow and Denver, as they had promised to take care of her.

She acted as a form of crowd control, hiding amongst the other hostages and communicating with the robbers.

She gave up her act when Arturo got riled up and grabbed a gun, and she managed to shoot him with a pistol provided by Denver.

Fans can only hope she continues to shine as an influential character in the upcoming season.

Errol Morris on the Specter of Steve Bannon in the Capitol Assault: ‘The Evil Genius Behind It All’

‘Will & Grace’ reboot to wrap in 2020 after 3 seasons, cast shares feelings on finale