Home » Mr Potato Head Is Now Gender Neutral And Everyone's Got Jokes: 'From Stud to Spud' 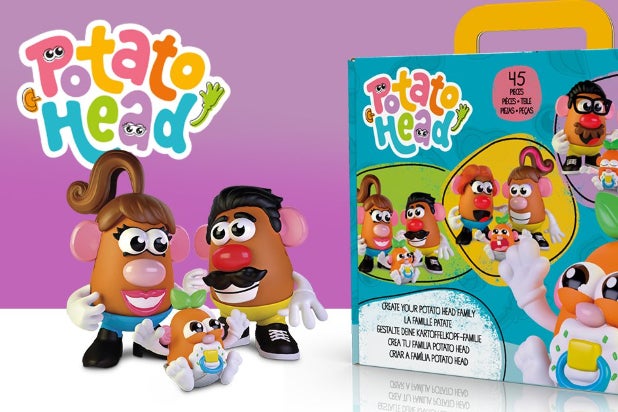 Hasbro’s decision to drop the “Mr.” from Mr. Potato Head in an effort to make the toy gender-neutral has inspired a lot of food for thought.

The company made the announcement on Thursday in a press release that read, “Hasbro is making sure all feel welcome in the Potato Head world by officially dropping the Mr. from the Mr. Potato Head brand name and logo to promote gender equality and inclusion.” The updated name will appear on packaging this fall, along with a new play set called “Create Your Potato Head Family,” which Hasbro said is “a celebration of the many faces of families allowing kids to imagine and create their own Potato Head family.”

Unsurprisingly, Twitter users had a lot to say about the name change, with some conservatives appearing outraged by the decision. Piers Morgan tweeted, “Who was actually offended by Mr. Potato Head being male? I want names. These woke imbeciles are destroying the world.”

“Over/under on how many Potato Head mentions at CPAC?” actor and director Jon Favreau joked. “Who will be the first to ask why Joe Biden has cancelled our children’s toys?”

Meanwhile, GLAAD issued a statement on the name change from chief communications officer Rich Ferraro, who said, “Hasbro’s decision to introduce Potato Head as a gender-neutral toy is the latest move in a larger movement towards greater diversity and inclusion in toys and media aimed at kids. By offering a toy that exists outside of the binary of male and female, Hasbro is helping kids to simply see toys as toys, which encourages them to be their authentic selves outside of the pressures of traditional gender norms.”

See more reactions and jokes to the Potato Head news below.