Meet the Press with Chuck Todd went live on Sunday for the first time from NBCUniversal’s new Washington, D.C. studios, a long-anticipated move from its longtime location.

The new bureau near Capitol Hill is six floors and 80,000 square feet and includes seven studios. NBC News, MSNBC, CNBC are located in the bureau along with ​NBC News Channel​, Noticias Telemundo​, and ​Sky News’ ​Washington operations. Other shows that will broadcast from the bureau include Weekend Today with Peter Alexander and Kristen Welker, along with ​The ReidOut with Joy Reid, MTP Daily, Andrea Mitchell Reports, MSNBC Live with Hallie Jackson, Way Too Early with Kasie Hunt, The Cross Connection with Tiffany Cross ​and​ The Sunday Show with Jonathan Capehart.

The design, according to the network, takes inspiration from D.C. neoclassical architecture and includes 14-foot high ceilings including a coffered ceiling that invokes the Main Hall of Union Station. It includes 650 square feet of tracking LED walls, with words like “Accuracy,” “Courage,” “Freedom” and “Truth” etched into the columns throughout the studio and newsroom spaces. The main first floor studio is similar to Studio 1A at 30 Rockefeller Center, with LED screens and news-tickers on the facade of the building and passerby able to see news production live.

Marc Greenstein, senior vice president of design and production for NBC News and MSNBC, said that they wanted to break away from the “generic feel of many modern workspaces” with the federal style architecture combined with modern finishes. He designed the newsroom and studios along with Bryan Higgason of HD Studios. 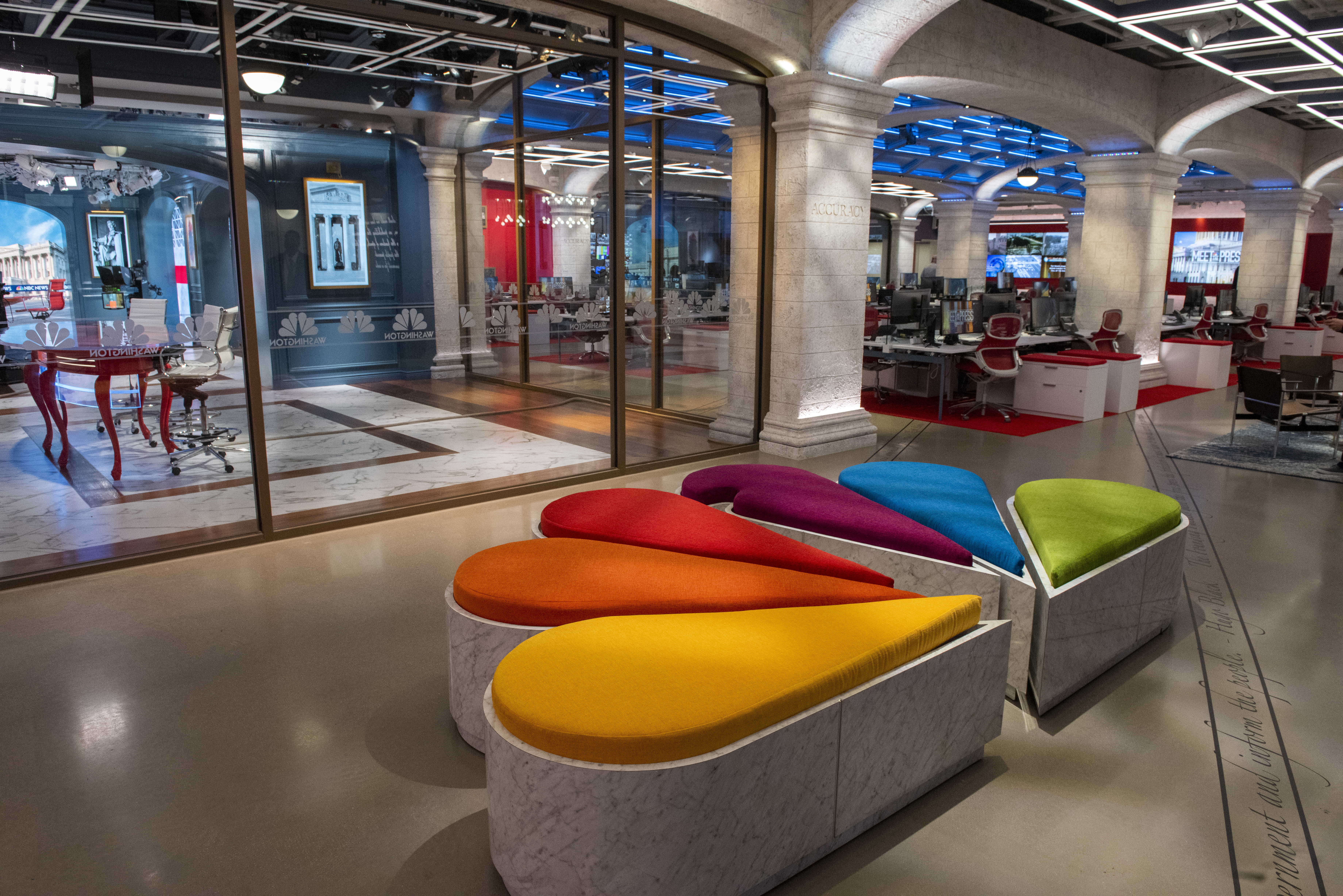 NBC News is moving from its Nebraska Avenue location after more than 60 years. That space was dedicated by President Dwight Eisenhower and then NBC President Robert Sarnoff in 1958 (You can see a color video of the moment here), and was the site of the second debate in 1960 between Richard Nixon and John F. Kennedy. WRC-TV, the local NBC affiliate, will continue to broadcast from the location. 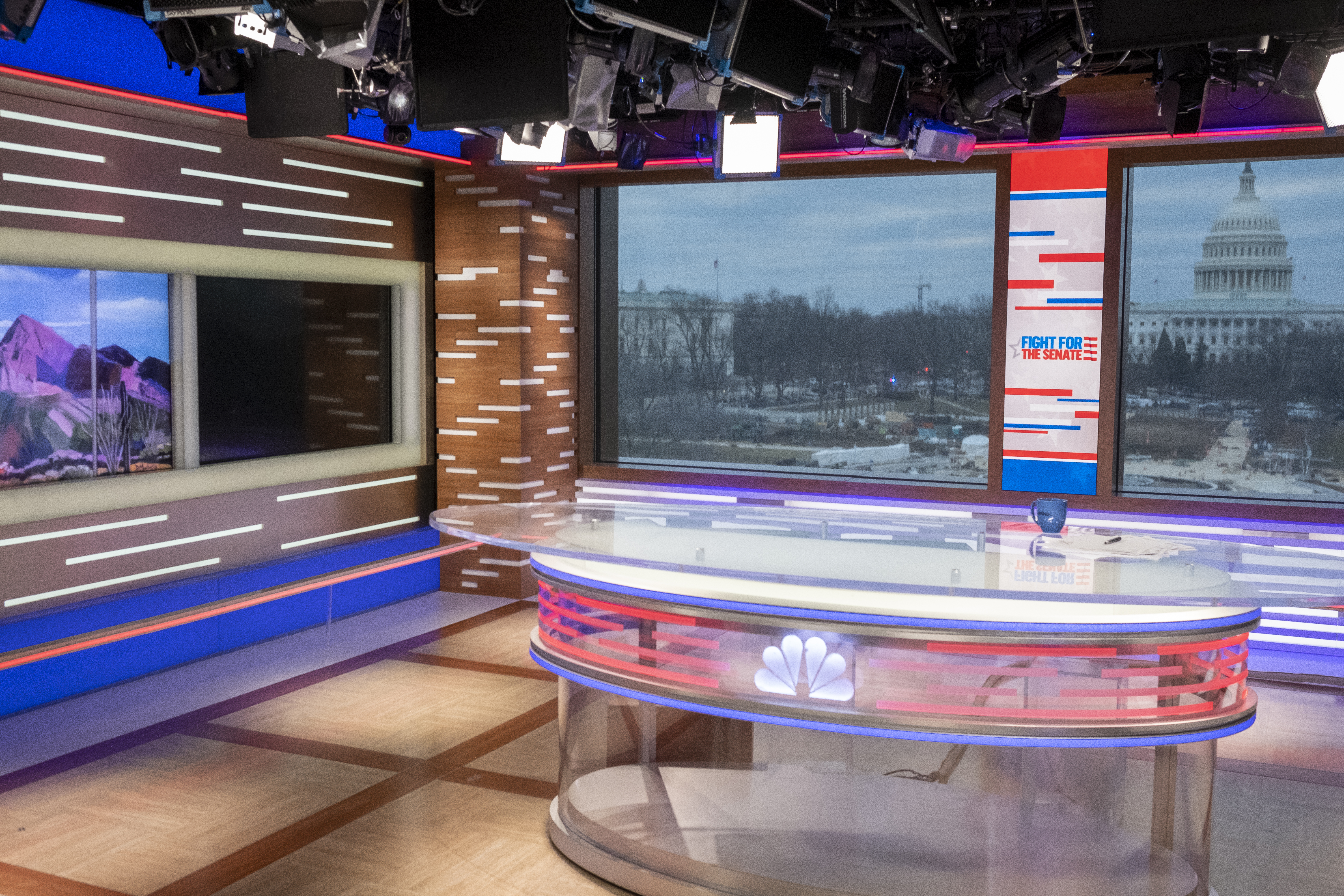 The network said that more than 400 employees will work out of the new bureau, but because of Covid-19 more than 90% of them will still work remotely at least through the second quarter of this year. In a statement, Cesar Conde, chairman of NBCU News Group, said, “Bringing together our teams across NBC News, MSNBC, CNBC and Noticias ​Telemundo best positions us to cover every storyline coming out of D.C.”

Ken Strickland, NBC News Vice President and Washington bureau chief, said that with the move, “we’re close to news events and steps away from Washington decision makers, benefitting not only our reporting but making it easier for the newsmakers to, one day, appear back in studio.”

Buy 2, Get 1 Free On Movies Including Avengers Endgame, John Wick