Home » TV & Movies » 'NCIS': Sean Murray Talks Turning McGee 'On and Off' and Being Mentored By Mark Harmon

NCIS star Sean Murray first joined the cast as Timothy McGee way back in season 1 as a recurring character. By the second season, he was a full-time cast member along with the series’ lead, Mark Harmon. 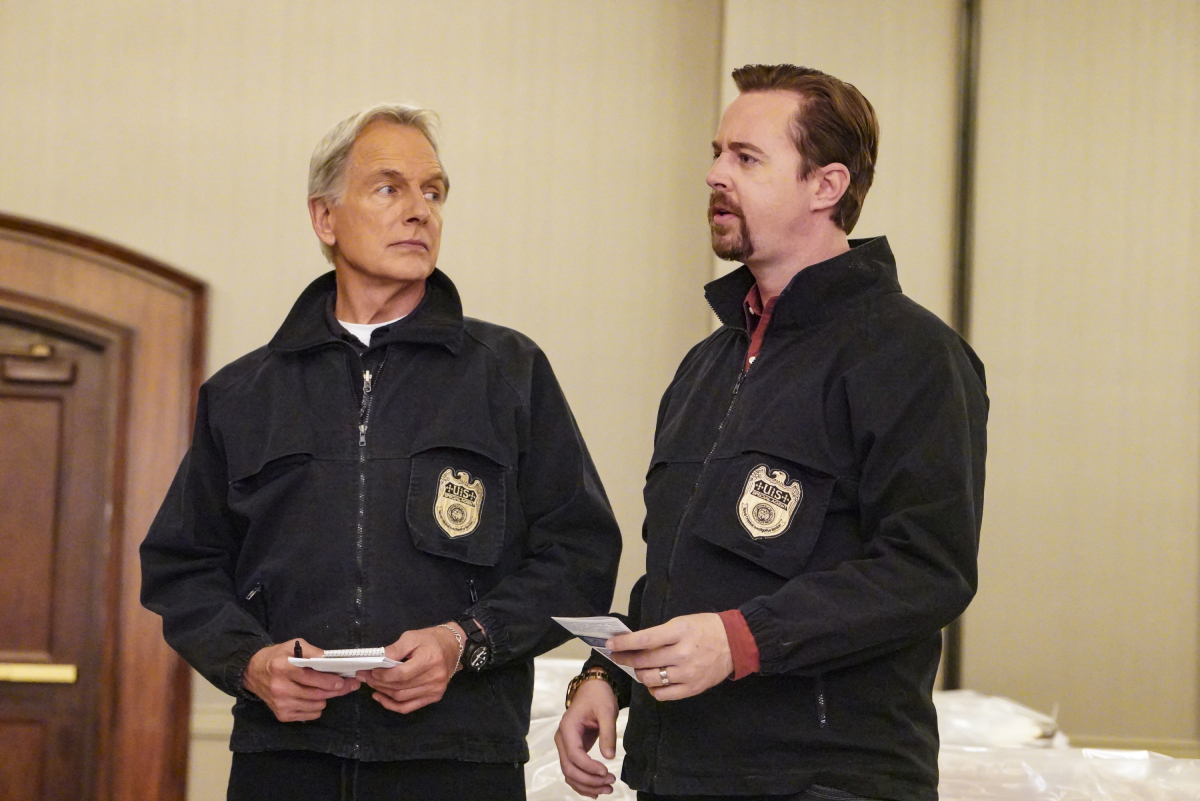 After 17 years playing McGee, Murray says that he can turn the character “on and off.” He also credits Harmon with being his mentor.

Sean Murray says ‘NCIS’ resonates because they focus on characters, not the case

Many TV procedurals are “case of the week” shows that focus on solving a crime instead of the characters. But, Murray says that’s not how NCIS does things, and that’s what sets them apart.

“One of the things early on I think we kind of concentrated on, sort of focusing on were the characters and their character relationships and the dynamics and all that stuff,” Murray explained to CBS Chicago. “The case is almost becoming a little more secondary, not as important as the way the characters interact with each other. I think that’s something that has resonated with people.”

After 400 episodes, Murray says that all of the characters are very different from each other. With so many episodes and numerous characters to relate to, Murray believes the show has something for everyone.

Murray adds that the cast and crew of NCIS is very thankful that they’ve been able to do the show for 18 seasons. Without fan support, they wouldn’t be able to do that.

A lot has changed after 400 episodes

Murray and Harmon (Leroy Gibbs) are the only actors remaining on NCIS from season 1, and there’s been a lot of changes since the show debuted in 2003. Characters and crew members have come and gone, and the style of shooting has changed.

Murray says that this has kept things interesting, and it helps the cast and crew avoid getting “lazy and complacent.” After 18 years, he says no one is phoning it in. They always deliver the best product they can.

After playing McGee for so long, Murray says he’s become so familiar with the character that he can just turn him “on and off.”

“I’m to a point where I can switch [playing McGee] on and off. It evolves as the series evolves. You have some ideas and some backstory for the character — for me, it’s about vibing it out and finding my way through it,” Murray explained on The Love of Acting.

After a shocking cold open that featured Gibbs shooting McGee on a tarmac while trying to stop a plane, Murray promises that season 18 will be a “really interesting” one. For his character specifically, Murray says that they are going to explore the evolution between McGee and Gibbs.

Murray notes that the on-screen dynamic between those two characters is a reflection of real life in a lot of ways. He actually worked with Harmon when he was just 15 years old on the 1990s western series Harts of the West, and he remembers it well. At the time, Harmon was already a household name after his run on St. Elsewhere.

“He made quite an impression on me when he came on and did a role on Harts of the West,” Murray explained. “I had a few scenes with him, and we talked quite a bit about craft and things. So, being able to work with him again all these years later is just great. And, you know, he’s been a bit of a mentor to me, whether he knows it or not.”

New episodes of NCIS return to CBS in January 2021.

Watch This 'Late Night With Seth Meyers' Supercut of Chris Wallace Yelling 'No!' at Trump (Video)