In season 19 of NCIS, Timothy McGee (played by Sean Murray) introduced his colleagues to runaway teen Teagan Fields, played by none other than Murray’s daughter Day Ryan Murray. McGee, the character, has two young twins but the introduction of Teagan was another perfect chance to see his fatherly instincts come into play. In the upcoming 20th season of the CBS drama, it sounds like McGee’s paternal skills will come into play once again.

The season 20 premiere of NCIS will kick off with a bang as the likes of McGee, Alden Parker (Gary Cole), Nick Torres (Wilmer Valderrama) and Jessica Knight (Katrina Law) join forces with the Hawaii-based team.

As part of an NCIS: Hawaii crossover, which will also kick off the spin-off’s second season, will see Jane Tennant (Vanessa Lachey) and the rest of her squad will team up with McGee co when a case piques both their interests.

However, looking beyond the hotly-anticipated crossover events, CBS has released the first few details for what lies ahead in NCIS season 20.

And in episode two, titled Daddy Issues, McGee fans will get their wishes of seeing their favourite character take centre stage in a way that isn’t familiar to them. 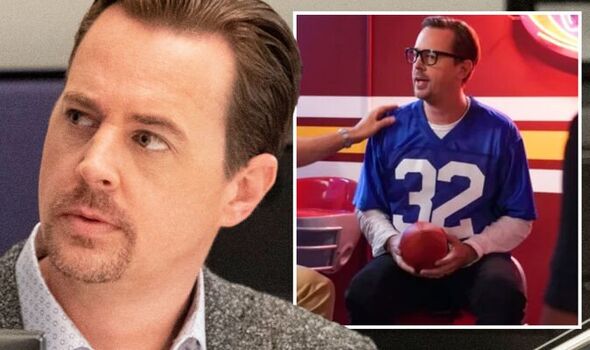 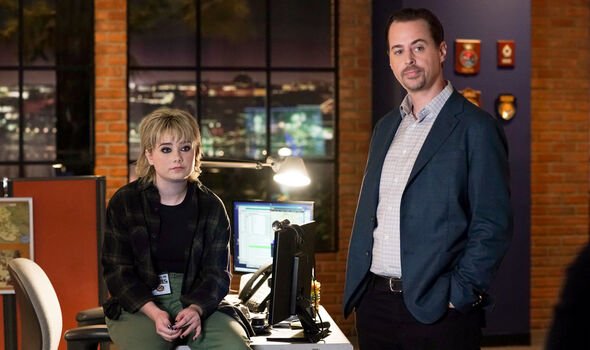 But while it will, of course, tie in with a case McGee and the rest of the team are tasked with investigating, it will also show the NCIS stalwart in a new light.

McGee will have to put his paternal hat on in a way like never before, and judging by a first-look snap, it may not go too swimmingly.

The synopsis for the episode in question reads: “McGee’s personal life and professional life intersect when a dad from his children’s school is linked to a break-in at a government storage bunker.”

A first-look snap shows McGee trying to bond with what could be the suspect in question. 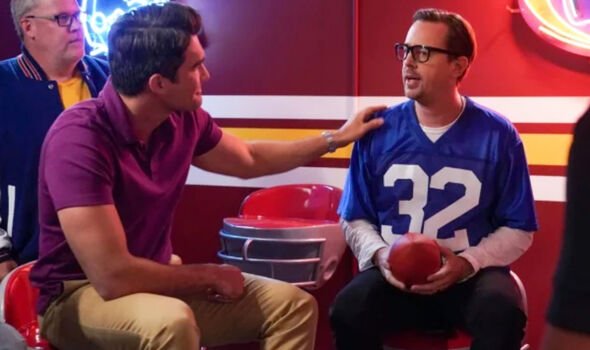 However, in what’s presumably an attempt at an undercover mission, McGee stands out like a sore thumb.

It looks like McGee is going to step out of his comfort zone in an attempt to bond with the dads whose children attend the same school as his.

But decked in a generic sports jersey and armed with an American football, it appears a fellow dad isn’t buying the charade.

The other man in the photo is placing a supportive hand on McGee, perhaps seeing through his portrayal of a sports-loving, party-going dad.

McGee also appears to be in a sports bar, a surrounding worlds away from his comfortable spot in the NCIS office.

Could McGee be sussed out as an NCIS agent after failing to convince other fathers of his newfound fondness for all things sport?

There may be a more innocent explanation to the promo image of McGee but given the synopsis, it looks like McGee’s personal ties to the case take centre stage.

CBS has also released a guest cast list for the second instalment of season 20 which may shed light on the episode.

According to The Futon Critic, the guest cast for Daddy Issues is as follows:

Fans will be able to watch Daddy Issues in the USA when it premieres on CBS on Monday, September 26.

NCIS season 20 premieres on CBS in the USA on Monday, September 19. A UK release date is yet to be announced.