Night Stalker: The Hunt For a Serial Killer teased in Netflix trailer

Ramirez became known as The Night Stalker for the disgusting attacks he carried out on men, women and children in Los Angeles and San Francisco during the Eighties. After the serial killer’s apprehension following a public appeal, he received 19 death sentences from the court. Ramirez was found guilty of 13 counts of murder, five attempted murders, 11 sexual assaults and 14 counts of burglary.

The grotesque crimes carried out by Ramirez, who died in 2013 from B-cell lymphoma while on death row, were recounted in the new Netflix show.

Night Stalker: The Hunt For a Serial Killer, which was released earlier this month, has remained in the top three of the UK’s most popular content on the streaming platform.

The true-crime documentary featured interviews with Ramirez’s survivors and Detectives Gil Carrillo and Frank Salerno, who tirelessly worked to bring the killer to justice.

Ramirez was described as a “very violent individual” who was a type of killer that had “never been encountered in criminal history” by Mr Salerno.

His comments referred to the apparent “randomness” of Ramirez’s targets, who were young and old, of different races, men and women – and even children. 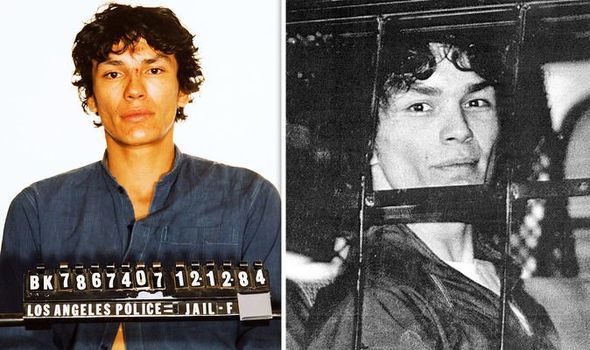 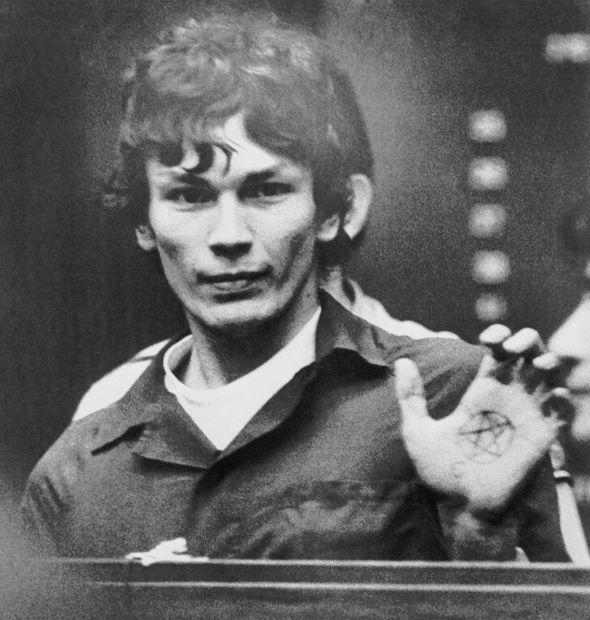 Mr Salerno believed that someone like Ramirez had “never [been] documented before” and the wide-ranging demographics of those he attacked “didn’t occur” normally.

After the killer’s apprehension in 1985, it took four years before he was found guilty of all 43 counts against him.

In a surprise statement after Ramirez was sentenced to death on November 7, 1989, he told the court that they would not understand him.

Ramirez said: “I don’t need to hear all of society’s rationalisations, I’ve heard them all before and the fact remains that what is, is. 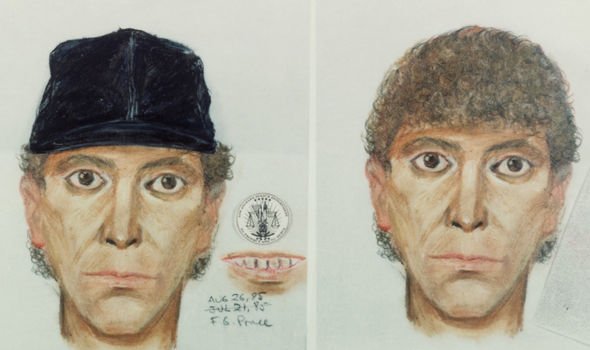 During Ramirez’s trial and after he was sent to death row, in California, he regularly received letters from people intrigued by him.

Some “fans” of the killer sent nude photographs and seven years after being sentenced, Ramirez married Doreen Lioy, who had previously written to him.

Others contacted Ramirez with the hope of understanding why he committed such abhorrent crimes, to find out information about his childhood and to ask about his life in prison.

Teemu, who writes about criminals on his Instagram page ForenSeek, was among those who reached out to the Night Stalker.

He explained that an “almost obsessive need to have something tangibly evil” led to him contacting Ramirez after the killer left an advert on a prison pen pal website.

Teemu, from Finland, told Express.co.uk: “Ramirez was so overtly evil, he went all the way to inflict pain, humiliation and terror upon his victims. 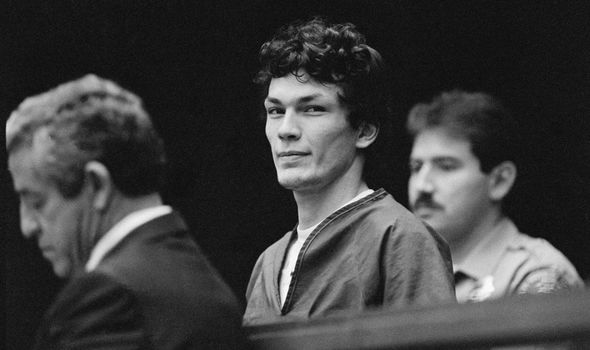 “There was almost a macabre excitement about holding a letter and having it addressed to you by this person who tormented his victims.

“I felt an excitement and had a morbid curiosity about holding a physical object that was created by somebody like him.”

Teemu admitted that he was tempted to write to Ramirez because he knew the killer was more likely to respond after Philip Carlo’s 1996 book The Night Stalker.

Despite Teemu’s desire to write to Ramirez, he decreed that the killer was a “truly evil person”.

Teemu told Express.co.uk: “There is no confusion in my head or one-ounce of admiration. 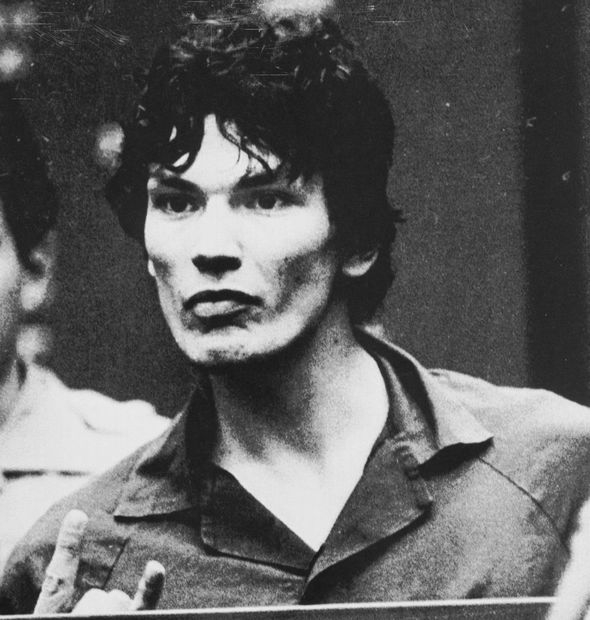 “As a person, he was truly s*** and garbage – that’s what made it interesting.

“He was not someone who accidentally ran-over a person, he forced himself into people’s homes and destroyed them – even the ones he left alive were forever traumatised.”

Teemu was appalled by the description used by Ramirez in an advert for penpals on the site lostvault.com in 2009.

He described the wording as “easy-going and to-the-point” and that the Texas native, who killed at least 13 people, seemed more like a “chilled surfer dude”.

Teemu told Express.co.uk: “He was not the Shakespeare of killers, he liked AC/DC, Eighties muscle cars, chicks, beer and that sort of thing.

“If you didn’t know who he was from that penpal advert you would think he was in prison for smoking marijuana while surfing or drunk-driving – that was also the way he was in his letter. 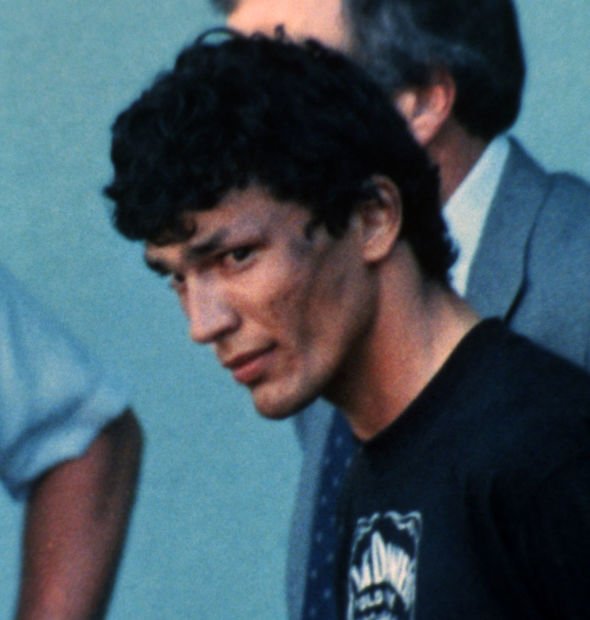 “In his letter, he was like, ‘Dude, excited to talk to you’ and sounded like Keanu Reeves in the Bill & Ted movies.

“It was a classic case of compartmentalisation – he was a killer and a ‘chill California dude.’”

Teemu believed Ramirez was “not a profound person” from his letter and decided to stop writing to him after the killer asked him if he had “any nieces or nephews”.

The “really creepy” comment made Teemu think twice about his correspondence with Ramirez because he knew his penpal had raped and sexually abused children.

Teemu stopped writing to the Night Stalker after that but still has the letter, which he has considered selling after prices for the killer’s correspondence sold for up to $300 (£221).

He explained that friends and family are surprised that he communicated with the infamous Night Stalker before his death in 2013. 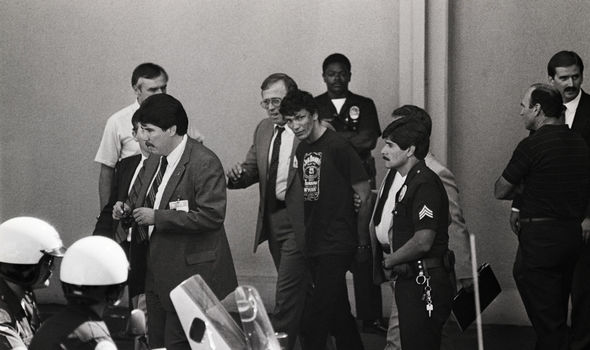 Teemu told Express.co.uk: “First they are shocked, then they ask, ‘How dare I, am I afraid that a killer could show-up at the door?’

“Then they ask, ‘How could you?’ and then ask to see the letter – that’s the order.

“Lots of people ask me to show them the letter, I think true crime is a hobby and passion for fairly benevolent people.

“People interested in this seem to be the same way – janitors, teachers and doctors – and people in my life who have a careful interest in this kind of stuff.”

For more information about Teemu or his correspondence with serial killers visit: www.forenseek.app.

Night Stalker: The Hunt For a Serial Killer is available to stream on Netflix.