Compared to other Bachelor Nation breakups, Nick Viall and Vanessa Grimaldi’s was pretty low-key. Like, so low-key that every now and then you might’ve found yourself wondering what even happened? (Same here.) Nick and Vanessa know there are a ton of unanswered questions about their relationship, so they did some major reflecting and finally addressed the real reason they split five months after getting engaged during season 21.

When they first called off their engagement, they released a joint statement on Instagram and said, “We gave this relationship our all and we are saddened that we did not get the fairytale ending we hoped for. We will continue to be there for each other no matter what.” But on Nick’s new Patreon show, they hinted there was some drama that they worried would make him seem like a “heartless dick” and make her seem “emotionally unstable.”

He started, “I think we both have fears and anxieties about what the other person would say in the privacy of their homes [about our breakup]. My biggest anxiety and fear is whoever heard that conversation would see me as a heartless dick.”

A conversation 3+ years in the making. LINK IN BIO for full Episode.

Vanessa agreed and added, “I would probably hear your version of it and I think I would sound crazy. I think I would sound emotionally unstable.” Vanessa went on to say that they had a hard time connecting and communicating once they were off the show. “I don’t think you really ever understood how I felt and I don’t think I ever really understood how you felt,” she shared.

At one point in the conversation, Vanessa admitted going through “states of depression” and locking herself in the bathroom to cry as Nick admitted to sitting at the gym, “sighing, huffing, and puffing” because he was so stressed. 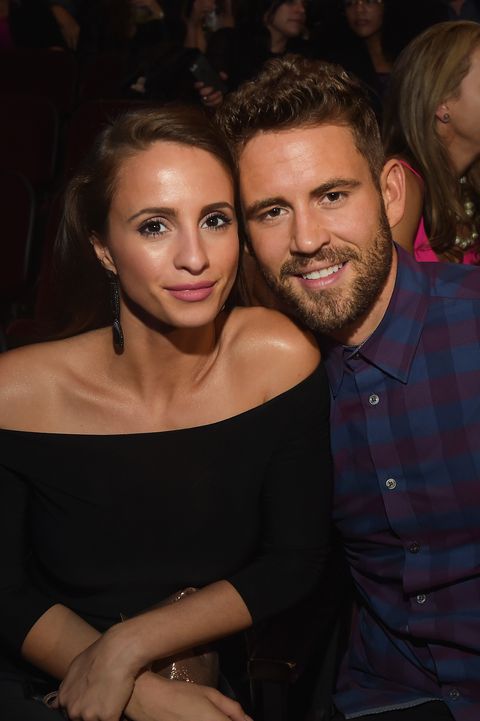 A big part of that disconnect for them was them having different love languages, as they would later realize in couple’s therapy. Ultimately, it took them about a month and a half to fully breakup and acknowledge that they were “two puzzle pieces that just didn’t fit.” Since then, they’ve moved on with their lives and are now in a good enough space to have this convo for the whole world to see.

'The View,' 'Live With Kelly and Ryan' and 'Tamron Hall' to Tape Without Audiences Due to Coronavirus