Home » TV & Movies » No one must try this! Vine warns EU to waterboard Brexit Britain to stop domino effect

Jeremy Vine discussed Chancellor Angela Merkel’s desire to see UK travellers face mandatory quarantines for two weeks if they enter the European Union. Chancellor Merkel has been pushing for all nations to support her demands but is facing opposition from places like Greece and Spain – nations that rely heavily on British tourism. Mr Vine gave his verdict on the EU’s behaviour post-Brexit and concluded their hostile approach to Brexit Britain was simply done to convince other eurosceptic nations to stay.

Speaking on his Channel 5 show, Mr Vine was joined by dancer and show host Janette Manrara who slammed Germany’s proposed travel restrictions on the UK.

She told the programme: “[It’s ok] to make decisions that protect [Germany] but to impact the rest of the EU.

“You can’t just help but feel like you’re trying to get back at Britain.”

Mr Vine thought it was a valid point and added: “It’s hard not to agree, I mean the vaccine, the issue of trying to stop Britain getting the vaccines was one thing. 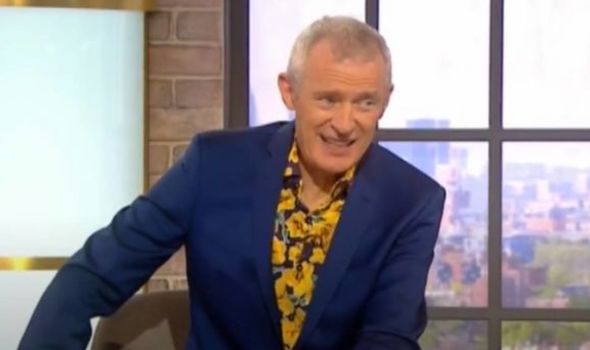 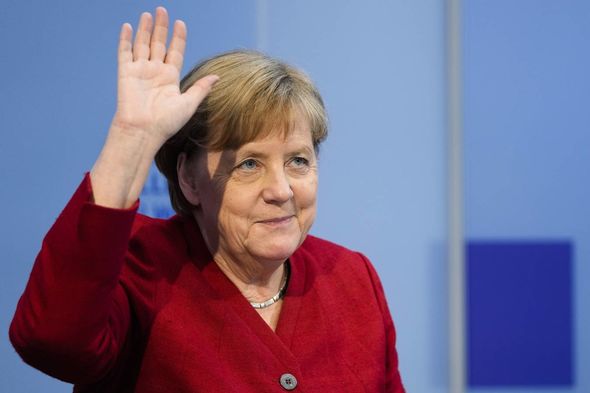 “And maybe in the end if you’re the EU, you’re gonna make sure Britain gets waterboarded.

“Because no one else must try this, just to leave.”

At the beginning of the year, the UK and EU clashed over vaccine supplies as the European Commission accused pharmaceutical company AstraZeneca of not fulfilling their agreed contracts.

They said AstraZeneca was prioritising third countries – like the UK – meaning EU countries were left without jabs. 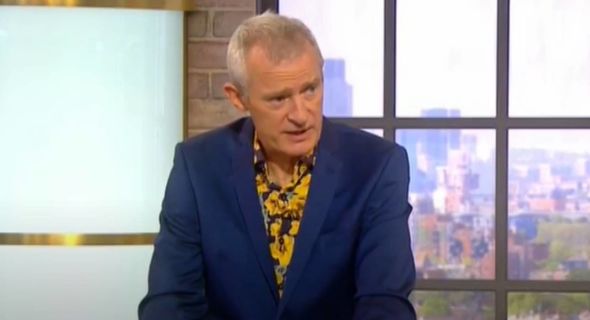 But the company and the UK government revealed contracts were settled before the EU and that AstraZeneca had an obligation to fulfill those first.

New border controls were introduced which allowed EU countries to deny the export of vaccines outside of the bloc to keep a lid on supplies.

The European Commission invoked Article 16 of the Northern Ireland Protocol to install a hard border across Ireland so exports could be recorded and searched.

They feared vaccines made on the continent could enter the UK through a back door as there are few checks between the Republic and Northern Ireland. 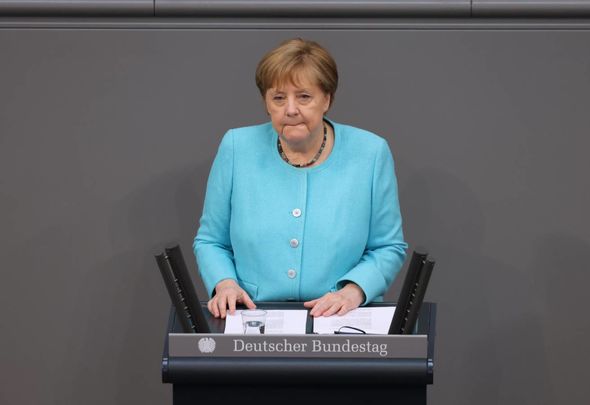 The decisions caused a political fallout which saw Irish loyalists target border staff in Northern Ireland with threatening graffiti – eventually causing many staff members to be sent home for their safety.

Angela Merkel has the support of French President Emmanuel Macron to designate the UK as a “variant country of concern” which would see mandatory quarantine for any UK traveller into Europe, regardless of vaccinations.

Ms Merkel fears the Delta/Indian variant could have a stronger hold over Europe once international travel properly reopens with the UK.

Prime Minister Boris Johnson is set to take on Ms Merkel when they meet at Chequers this Friday as they attempt to thrash out international travel rules.