For their road trip series Men in Kilts, Graham McTavish and Sam Heughan explore the culture, landscape and history of Scotland. They also explored how sports in the country has changed over the years, which led them to take on a series of challenges. Sam decided the pair would go head-to-head and the overall loser would have to strip naked and run into the North Atlantic.

Speaking exclusively to Express.co.uk, Graham admitted he thought he would be the one who would lose.

However, viewers will see it’s actually Outlander star Sam who has to strip naked and embrace the cold water.

Recalling the challenges, Graham explained he didn’t realise how competitive Sam was.

In fact, the actor was surprised to see him sulking when he was beaten in a game of golf. 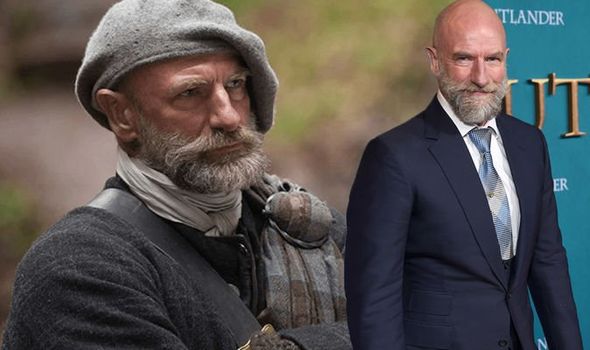 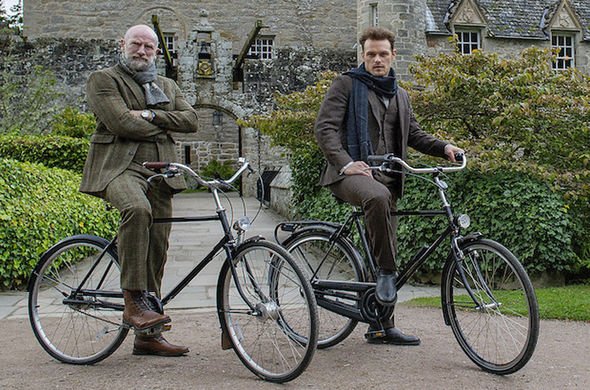 Graham commented: “I’m not going to say that I’m not competitive. I’m competitive in the sense that I want to win, but if I don’t, it’s okay, it’s like the best person won.

“When I beat him at golf, he sulked. There’s no other word for it.”

Sam was so upset, he demanded they go to a driving range so he could prove he wasn’t as bad as he appeared in the episode. 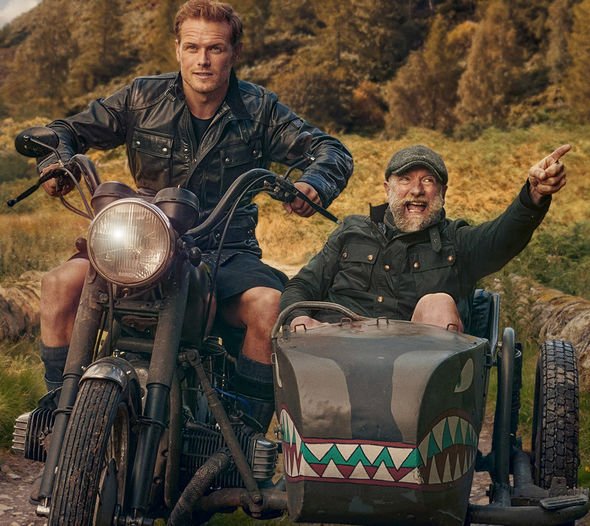 “He insisted on going to a driving range that night on his own to prove he could hit the ball,” Graham dished.

“I was like, ‘Mate, we had a competition, you lost. You just have to accept it.’

“But we were very competitive, he is. He is quite insanely competitive, Caitriona [Balfe] actually warned me before I started doing it.

“She said, ‘Just be careful because he is competitive, about everything.’ 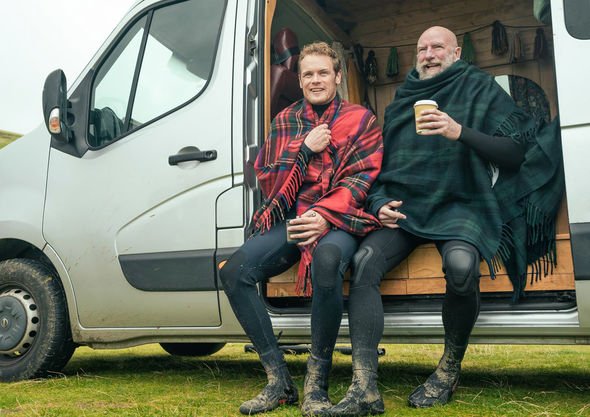 “I hadn’t really noticed that about him before, until we did the show, and he is.

“I mean, he’s a very driven individual. As am I. But Sam, you know Sam runs marathons and all this sort of thing. I’m not going to run a marathon.

“I used to think I was going to run a marathon one day but I’ve really come to a peace with the fact that I’m not going to be doing it. He apparently runs them almost on a weekly basis.”

Looking back on the series, Graham revealed one of his highlights was going to Culloden.

“I mean, Culloden, obviously, because it’s a very moving experience being there,” he said.

“I know a lot about it and seeing Ian McGilvery play the pipes on the battlefield itself.

“At the end, there was a real, you know, choking up moment.”

He continued: “But even things like you know going across the Minch to Lewis with Sam on the ferry, enjoying his childish, love, of being on ferries.

“I had no idea you know, he just, he never goes below deck, he’s always on the top.

“It’s like a dog there and he’s sort of lolling his tongue. You know, things like that, the food, the Greyfriars kirkyard even though it was terrifying.

“The banter in the van, all of those things when I really think about those memories, they are, they’re genuinely very very happy.”

Men In Kilts: A Roadtrip with Sam and Graham premieres on STARZPLAY on 9th May.

Greta Gerwig is Currently Working on a Musical, Wants to Bring Back Tap Dancing