Season five of Outlander saw Claire (played by Caitriona Balfe) furious with Jamie (Sam Heughan) when he asked to use her wedding ring from late husband Frank Randall (Tobias Menzies) to gamble with. Despite the pair arguing, they later enjoyed a tumble in a barn as they got out their frustrations. However, the steamy scene didn’t go down too well with Diana Gabaldon as she opened up on why it didn’t work.

Fans will remember Jamie finds Claire in a barn petting a horse before going up to her and trying to break the tension.

However he angers Claire even more and she slaps him before they make love in the hay.

The scene in the Starz series sees the raunchy moment take place in the light of day in the afternoon but the moment is very different in the novels.

Speaking about the sex scene and her issue with it, Diana detailed: “They were actually using the lines from the books, I can’t complain about the writing. 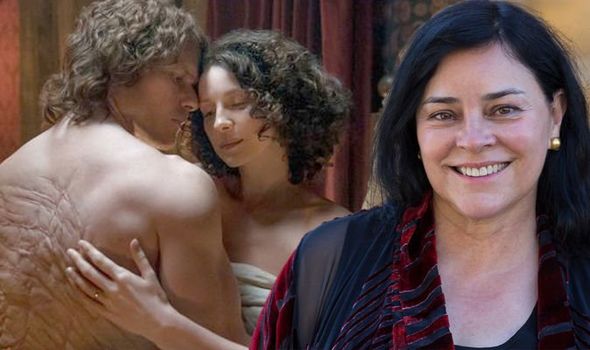 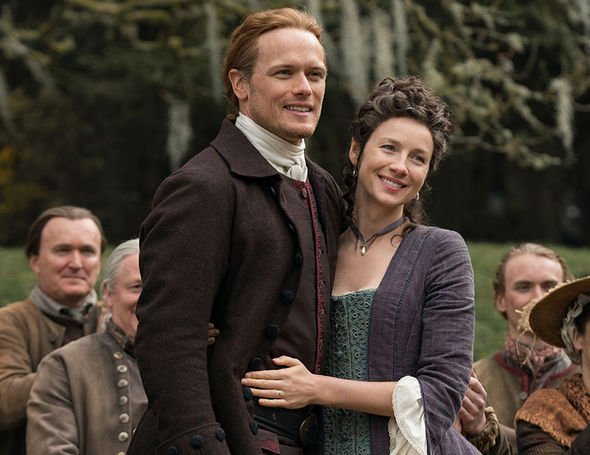 “It was more what they had going on around that particular event because, and I don’t know how this got involved, they sort of framed it with this odd sort of jealousy between them.

“They had to get from where they were to a scene of white hot passion in about five seconds which is a little difficult to do and they didn’t do it for obvious reasons.

“In the book, it’s written completely different. He goes off to gamble with Claire’s ring and she’s furious but she knows what he’s doing.

“She falls asleep and a little later someone is playing with her feet in the dark where she is on a bed with a number of other ladies. 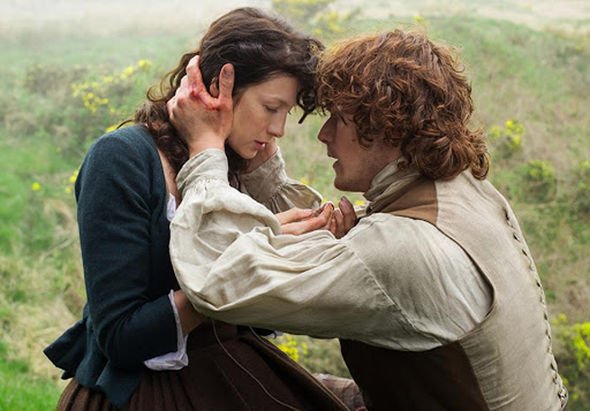 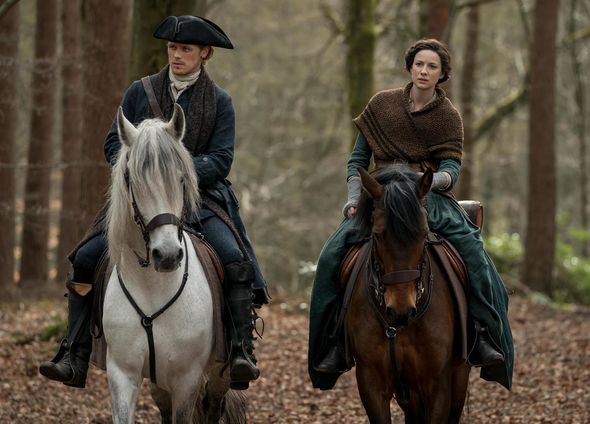 “It’s obviously this man is playing with her toes and she’s like, ‘Who the hell is it?’

“Anyway, she gets up and goes out, she sees Jamie at the bottom of the stairs completely drunk and she doesn’t know if he has been in her room or if someone else has just come along.

“At that point he grabs her and takes her out to the stables and they have ferocious sex.

Comparing the scenes, Diana said on podcast Outcasts: “In this one, it’s a brightly lit, completely sterile looking stable and she’s out there petting a horse and he walks in cold.

“There’s a tardy exchange about the ring and stuff and he says something, you know, completely sexist and she slaps him out of nowhere.

“There is no emotional context for what is going on there, it doesn’t exist in the lines and that is why it was so difficult.

“You could tell that the actors didn’t want to be doing this, you can tell when an actor doesn’t want to do what he’s doing. That scene depends on entirely what happened ahead.”

Podcast host David Berry noted: “There was no room for context, they hit it cold, there was nothing there, no white hot passion.”

Diana agreed adding that Claire and Jamie’s costumes were an issue too.

“They are both fully clothed in 18th century clothes so the words were ‘while I take you’ has much more less impact when it’s obvious he can get nowhere near her private parts,” Diana laughed.