Alok Sharma MP was the third Conservative Party politician to join Good Morning Britain this week. The business minister was asked about the Christmas lockdown restriction rumours, the UK’s coronavirus death toll and the furlough support scheme. But viewers were left unimpressed by the way the interview played out and took to Twitter to complain.

Presenters Piers Morgan and Susanna Reid attempted to hold the politician to account, but GMB viewers were left infuriated.

“Why not just have a interview instead of trying to point score every day for cheap soundbites,” someone wrote online.

A second chimed: “Move on Piers, he is a business secretary. I want to know about the future with Covid. We are learning all the time..”

“And here we are again…what’s the point of being interviewed on this show? Especially is Piers thinks he has the answers already. Pointless,” a viewer mentioned. 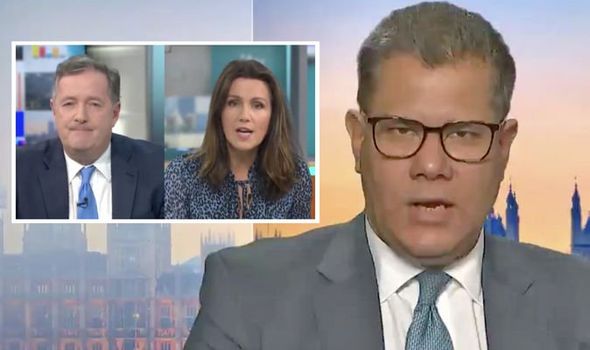 One tweet read: “Why do these pointless interviews?? Can’t hear with piers always interrupting and shouting over anyway!!”

“We know mistakes have been made, I am more interested in what the Government are looking to do to get this infection rate down going forward, I’m not bothered about Christmas tbh but some are putting pressure on to get the Christmas answer,” someone else added.

Some, however, were pleased by the party’s reappearance on the show following a 202-day boycott and agreed with the grilling Mr Sharma received.

“I love watching Piers tearing the MPs a new one. So satisfying to see how the can’t speak the truth,” one said.

Another commented: “What a failure this government is. A simple straight forward question asked multiple times…why can’t these MPs just admit if they don’t know the answer…I have zero respect for this government when all they do is talk utter waffle (put politely).”

“Just a waste of time your never get a straight forward answer, lock down till the 2nd of December everyone goes back to work then boom another wave,” a viewer suggested.

Meanwhile, one tweet read: “You say the viewers understand you but we don’t Mr Sharma!”

It comes after Mr Morgan wanted to know how many people had been tested on a daily basis, asking for figures relating to Tuesday 17 November. 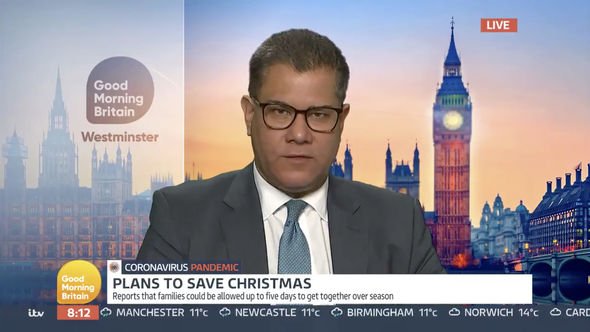 Mr Sharma was unable to give a definite number.

The presenter asked: “I will just ask you one more time, if you don’t know, just tell me you don’t know. Do you know how many people we tested yesterday or the day before?”

“Well Piers, what I can tell you is that there were 234,000 tests that were actually processed and there are tens of thousands of people who have been tested, the rapid testing in Liverpool,” Mr Sharma replied.

“And of course, we are looking to roll that out further in other areas as well.”

With Mr Sharma unable to give an exact number, Mr Morgan “moved on”.

“The answer is you don’t know right?”

“Well I’ve given you the facts, at least 10 million in our country have had at least one test,” Mr Sharma said.