The 56-year-old former Good Morning Britain man was joined by his sons Spencer, 28, and Bertie, 20, at the crunch match against Denmark. 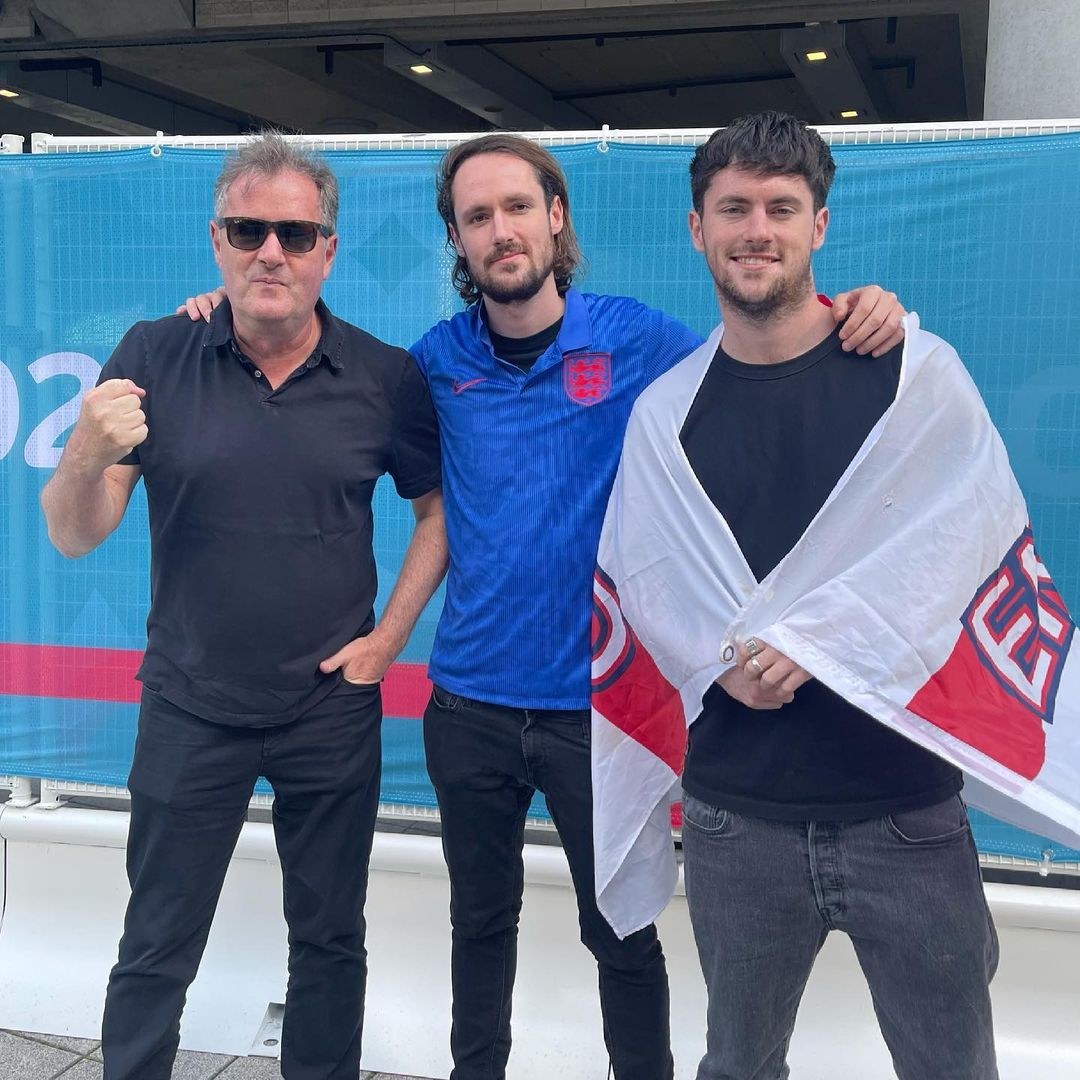 He later posed with the lads outside the iconic stadium with one fist clenched, writing: "Wembley! Come on England 🏴󠁧󠁢󠁥󠁮󠁧󠁿."

Abbey Clancy, 35, was also in high spirits as she was driven to the stadium, posing in an England shirt.

Former Three Lions star Peter Crouch's wife told fans: "Am I excited for the football or about the fact this is my first night out in months?"

And former Love Island star Tyne-Lexy Clarson posed in an England swimsuit in her garden writing: "ITS COMING HOME🏴󠁧󠁢󠁥󠁮󠁧󠁿." 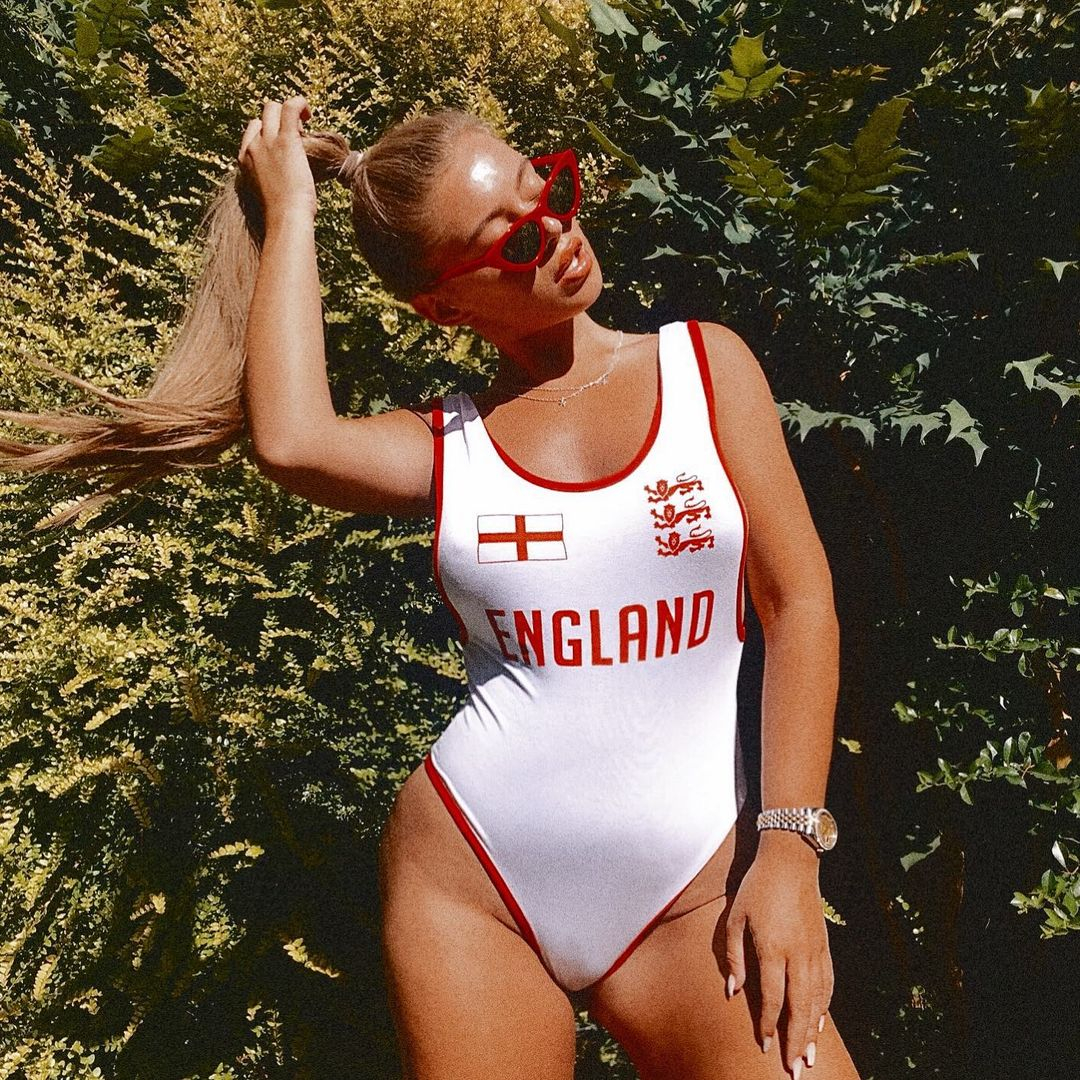 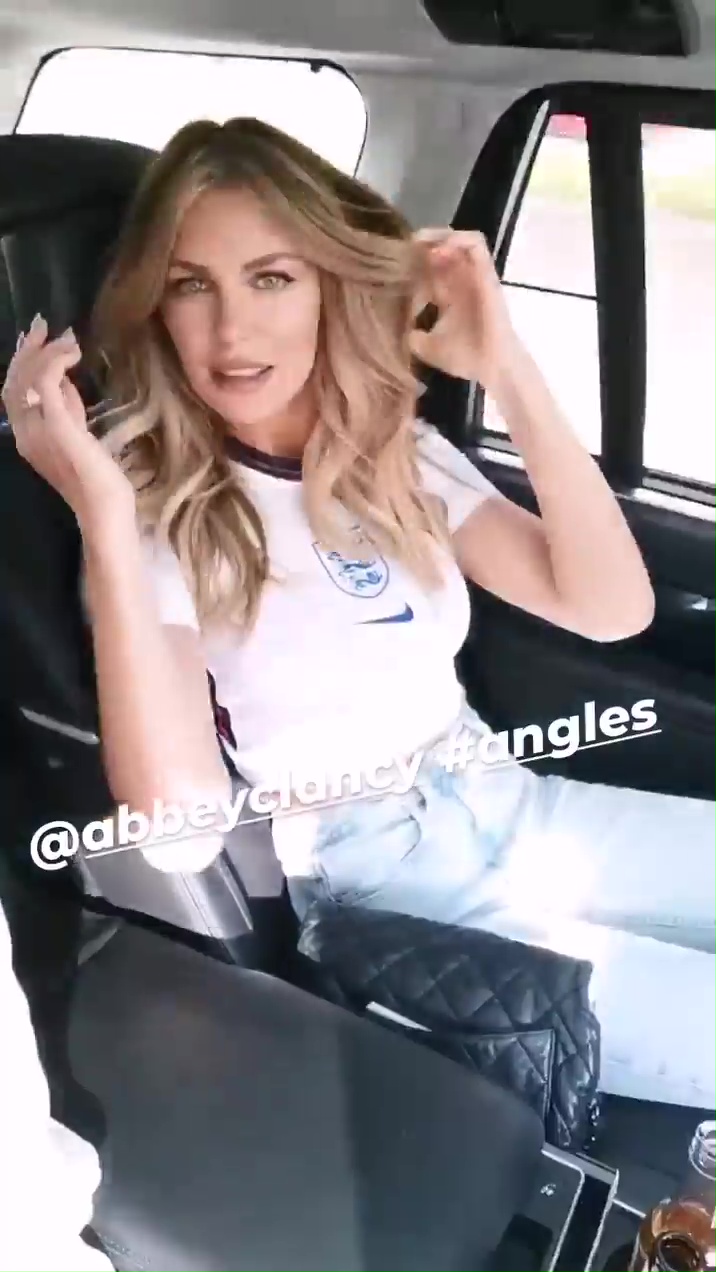 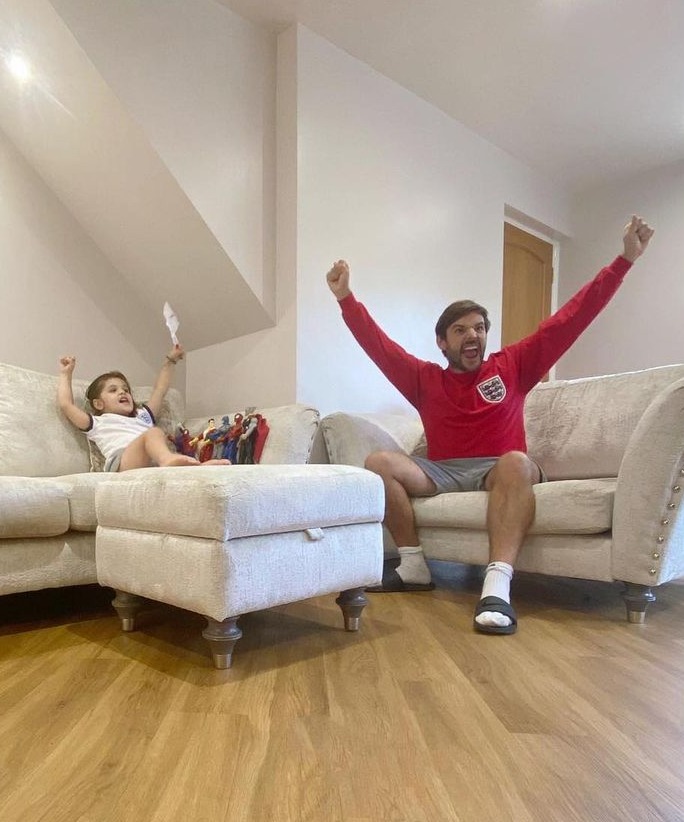 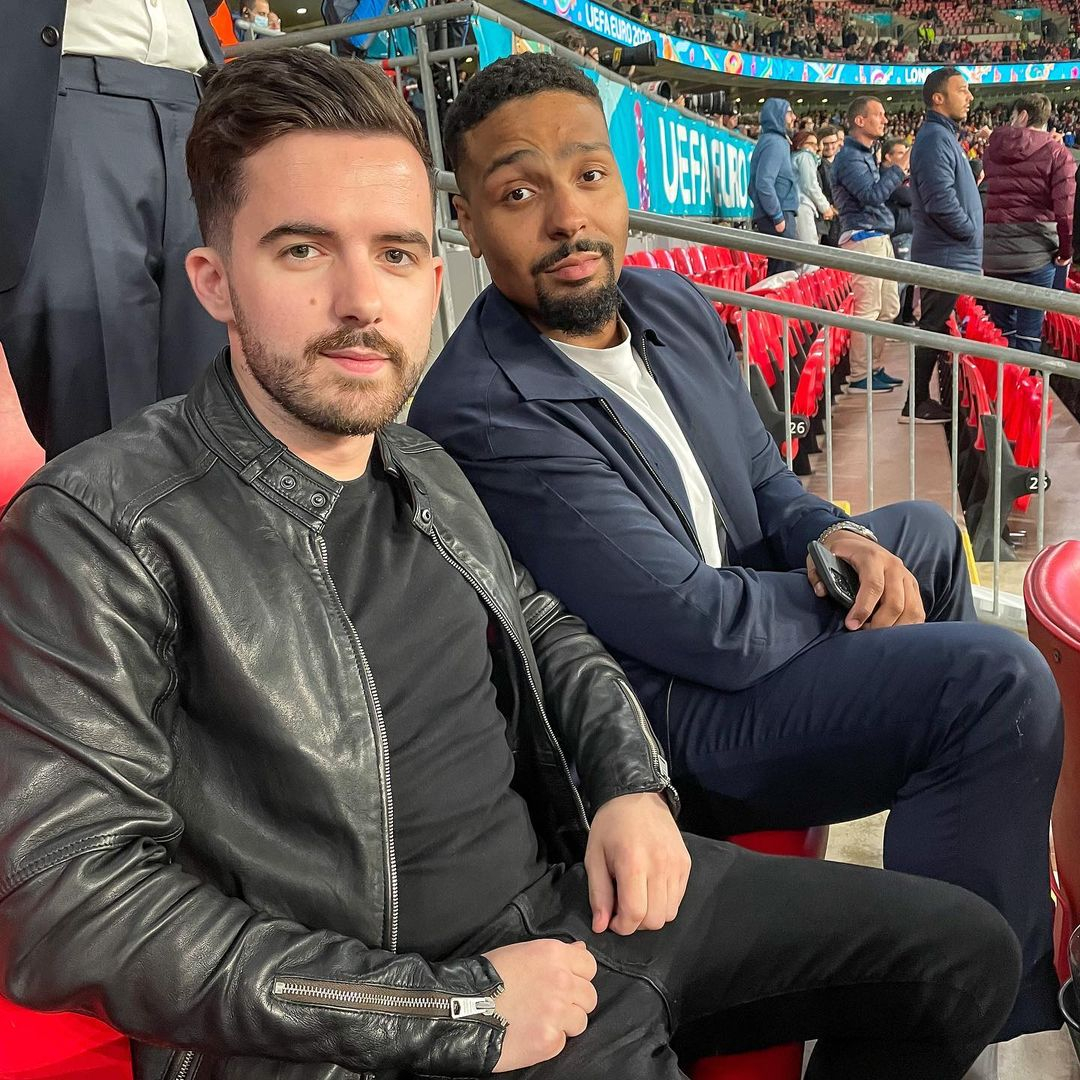 Another former Islander, Nathan Massey, had a tiny companion for the game, posing on the sofa alongside Freddie, his son with Cara De La Hoyde.

Diversity star Jordan Banjo was also at the game at Wembley alongside his Kiss radio producer Rob Tobin predicting confidently: "ITS COMING HOME🏴󠁧󠁢󠁥󠁮󠁧󠁿⚽️."

Movie tough-nut Ray Winstone and his actress daughter Jaime were both in England shirts as they gathered to watch the game on a huge screen.

The 36-year-old, who picked up her son Raymond from school to the strains of Three Lions today, wrote: "⚡️❤️💯COME ON ENGLAND❤️⚡️💯." 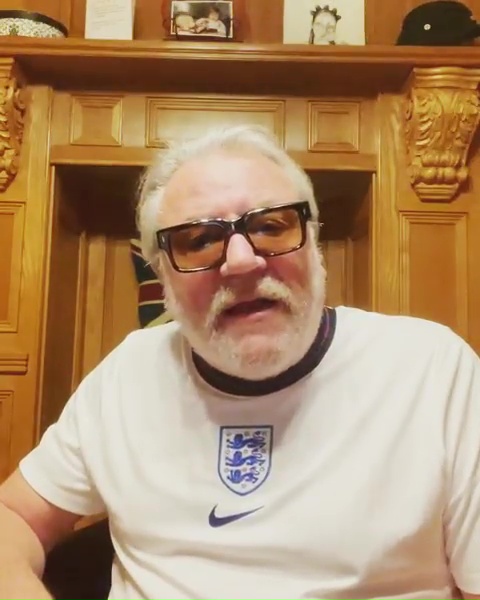 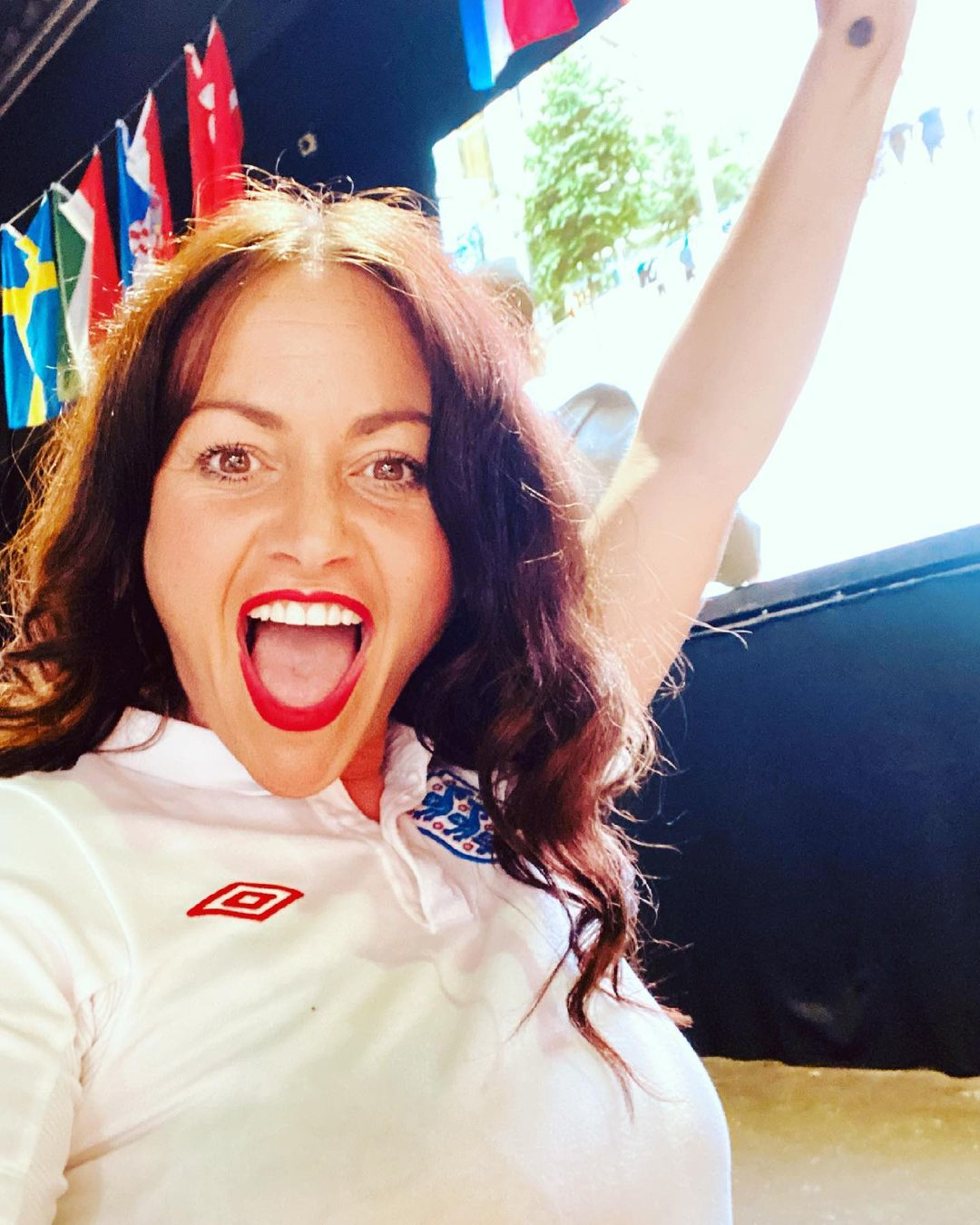