In season 2 of Power Book II: Ghost, Tariq St. Patrick (Michael Rainey Jr.) is still trying to juggle his life as a college student with his work with Monet Tejada (Mary J. Blige) and her family. However, he also appears to be invested in a romance with his Stansfield University classmate Lauren Baldwin (Paige Hurd).

Unfortunately, Lauren is hiding some things from Tariq and fans don’t believe things will end well if the young drug dealer finds out. 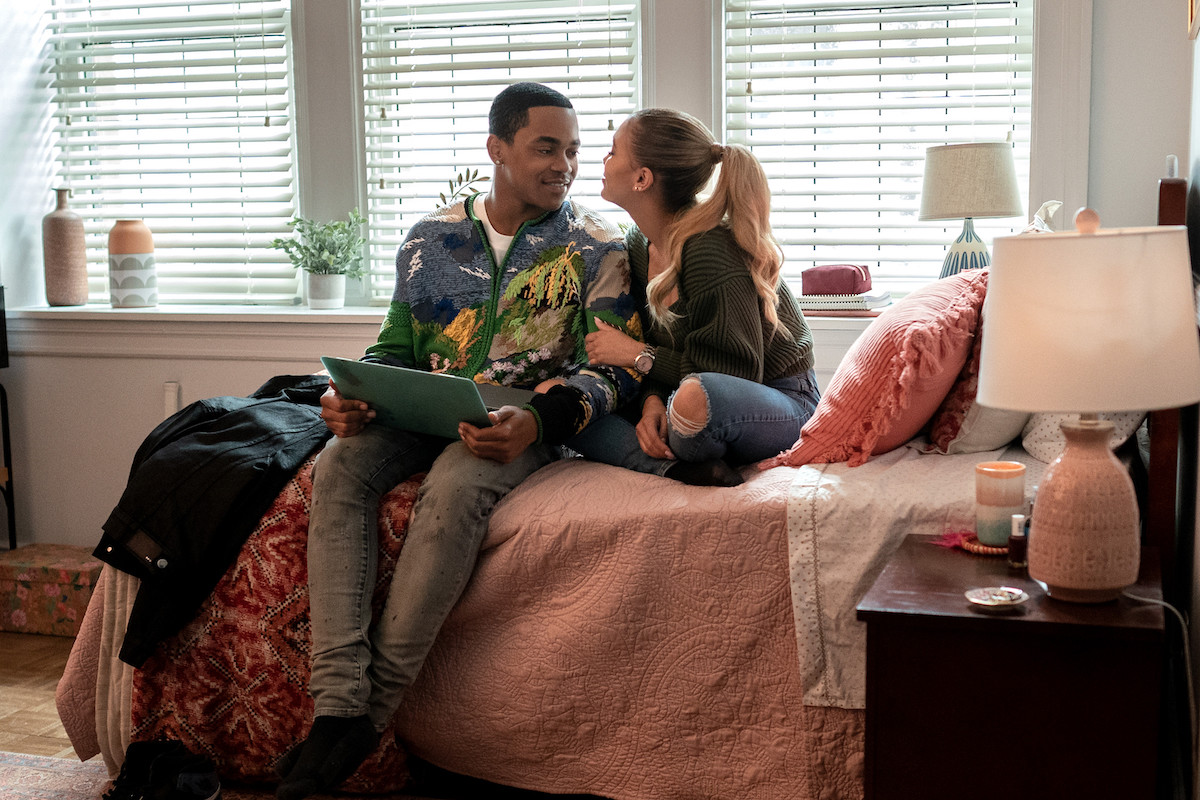 Tariq and Lauren seem destined for each other on ‘Power Book II: Ghost’

With so much going on in Tariq’s life, it seems implausible that he has any time for romance. However, his relationship with Lauren has been heating up this season. In fact, some fans believe that the young lovers are destined to be together. It seems that Lauren and Tariq remind fans of Angela (Lela Loren) and Ghost (Omari Hardwick).

“Angela saw positive in Ghost which is a big part of the reason why he chose her over Tasha,” one Redditor said via Express. “As far as we know right now, Lauren seems to be the only positive one over Effie and Diana. Effie is mainly the balance but Lauren just tends to be more on the positive side. Yes, we are only coming into season 2 but I can see this playing out. So basically I’m saying Effie will be the long-run relationship but Lauren will be the winner in the end.”

With the police determined to find out who killed Professor Jabari Reynolds (Justin McManus), Lauren has been roped into the chaos of it all. Determined to save herself, she’s been given a wire to wear to try and uncover some of the drug activity at the school.

However, fans are convinced that Tariq will uncover what Lauren is doing and kill her as a result. “If Tariq finds out Lauren is a rat I’m afraid what he’d do to her,” one fan tweeted. “He’s a f****** sociopath. I wouldn’t try him.” Another added, “Tariq watching Lauren go to the bathroom to take off her Wire that boy ain’t stupid.”

As we know in the Power Universe, all dirt that is done in the dark eventually comes to light.

There are a lot more twists and turns to come in ‘Power Book II: Ghost’ Season 2

Despite the chaos of Tariq’s life between his work as a student, trying to gain custody of his sister Yasmine and his work with the Tejadas, Lauren appears to be determined to stick beside him. Though we’re not certain Tariq would harm Lauren, Hurd has hinted at numerous more twists and turns to come this season.

“Literally me every week watching y’all find out more like,” she tweeted. “It’s sooo hard, I can’t wait for all the bombs to drop, this season is wild!!!! @ghoststarz#powerghost”

In episode 204, “Gettin’ These Ends” it was revealed that Monet’s nephew Zeke (Daniel Bellomy) is actually her son, so at this point, anything can happen.