Power was one of the most highly-rated drama series on TV when it ran from 2014 to 2020. Since then, the series has expanded outward to include the Power Universe. It is one of the highest-rated TV franchises in history. However, it all began with Omari Hardwick’s character, James “Ghost” St. Patrick. When we first met Ghost in the first season of the series we learned he was a businessman and a family man who also happened to be one of the biggest drug dealers in New York City.

Ghost was far from perfect, but Hardwick says he never viewed the character as a stereotype. 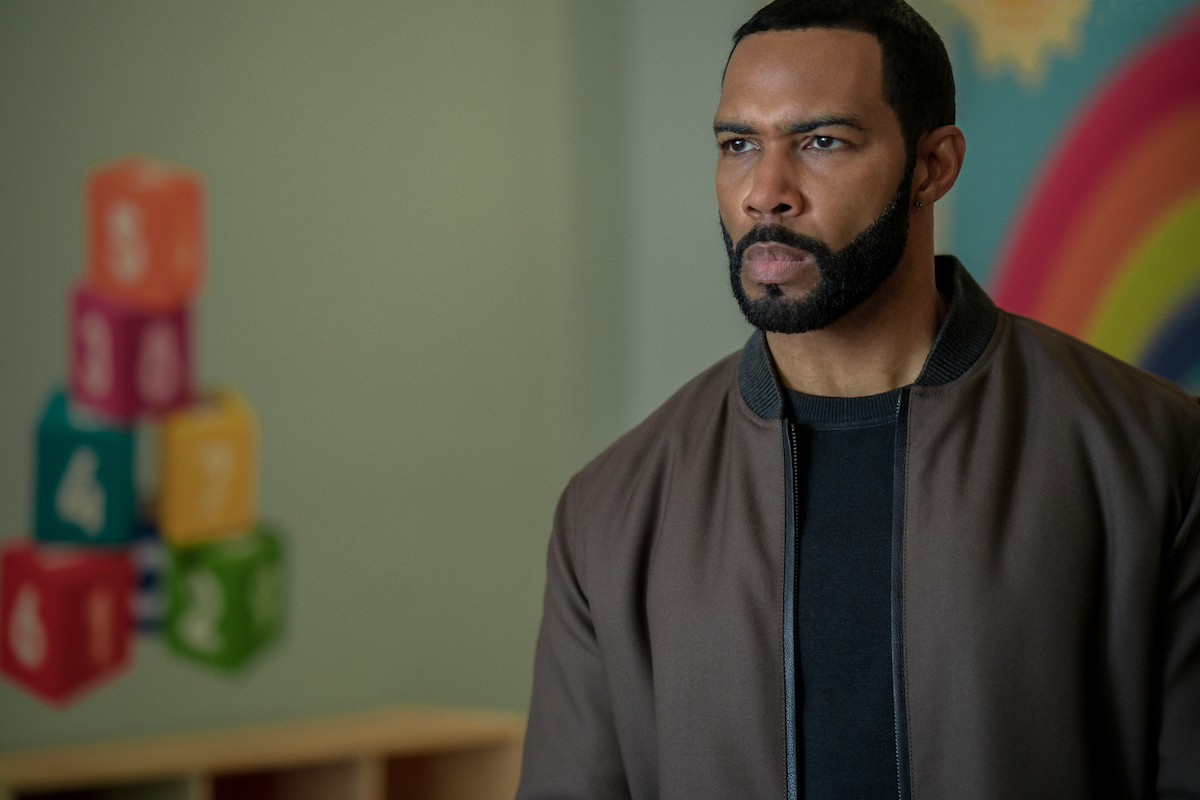 Omari Hardwick almost turned down the role of Ghost on ‘Power’

When it comes to Power, Hardwick defined the character of James “Ghost” St. Patrick. In fact, the entire Power Universe stands on his shoulders. Though Power creator Courtney Kemp knew he was perfect for the role, the former football star nearly turned it down.

Prior to starring on Power in 2014, Hardwick had never been a lead on a show and that terrified him. “Ultimately, I had to look in the mirror and put it on myself and say I think I was really afraid of grabbing that big-a** mountain and putting it on my shoulders and being ‘the guy,’” Hardwick explained on The Fat Joe Show. “But I guess whatever my gift was bro, I dealt with a bad insecurity of pushing that gift way down. As it pertained to being ‘the guy’ in the space and being the lead actor, I feel like I pushed, and pushed, and pushed.”

Thankfully, Hardwick’s wife, Jennifer Pfautch, was his voice of reason. “Finally, my wife was like, ‘God, please allow this man to embrace his power,’” Hardwick explained. “She used that word, bro. And I didn’t even know the title of the show yet.”

Though BIPOC are getting more opportunities to tell their stories, there is still some concern about respectability politics. Though Ghost was a drug dealer, Hardwick never saw his character as a stereotype.

“First of all the writing, it’s not stereotypical or cliché,” the actor told Showbiz Cafe. “By no means do I think that it was ever written in this thought of “black drug dealer,” I think [Ghost] was just thought of someone who does some bad things … The writers did a great job of just making this guy a man, a father, a husband who is juggling a lot of lives, whose got a best friend that doesn’t necessarily look like him and considers his brother, so it’s just not stereotypical writing.”

It also can’t be understated how much Ghost tried to step away from his life of crime.

Omari Hardwick wanted ‘Power’ to have a season 7

Fans were stunned when Starz announced that Power would be ending after season 6. “I had run out of story,” Kemp told Ad Week. “I didn’t want to continue to make a bad show.”Hardwick, who had lived with Ghost since 2016 was also stunned. Originally he had hoped that the show would continue at least until season 7. Early on in the series, he even emailed Kemp with an idea about how the series should end with the seventh season.

“What I email her was that it’s season 7 and Ghost, like Denzel [Washington] in Man on Fire, an eye for an eye, a life for a life, he has to go help his brother, Tommy,” The Mothership actor told Entertainment Weekly. “Tommy does what he shouldn’t do and Ghost has to give his life. I share with her, she likes it. I shared it with Joe, he’s a big brain, a hell of a writer, and he excitingly goes, “Oh man, let’s take it a whole nother level.’ And we create Romeo and Romeo. So when Ghost dies, Tommy can’t live without Ghost and Tommy takes his life and he falls on top of the body of Ghost. That’s what I thought should happen.”

In the end, Ghost did die, but Tommy lived.