DANI Harmer has shown off her growing baby bump as she filmed for the Tracy Beaker spin-off show.

The actress, who rose to fame playing the character Tracy Beaker in the CBBC series, is currently pregnant with her second child. 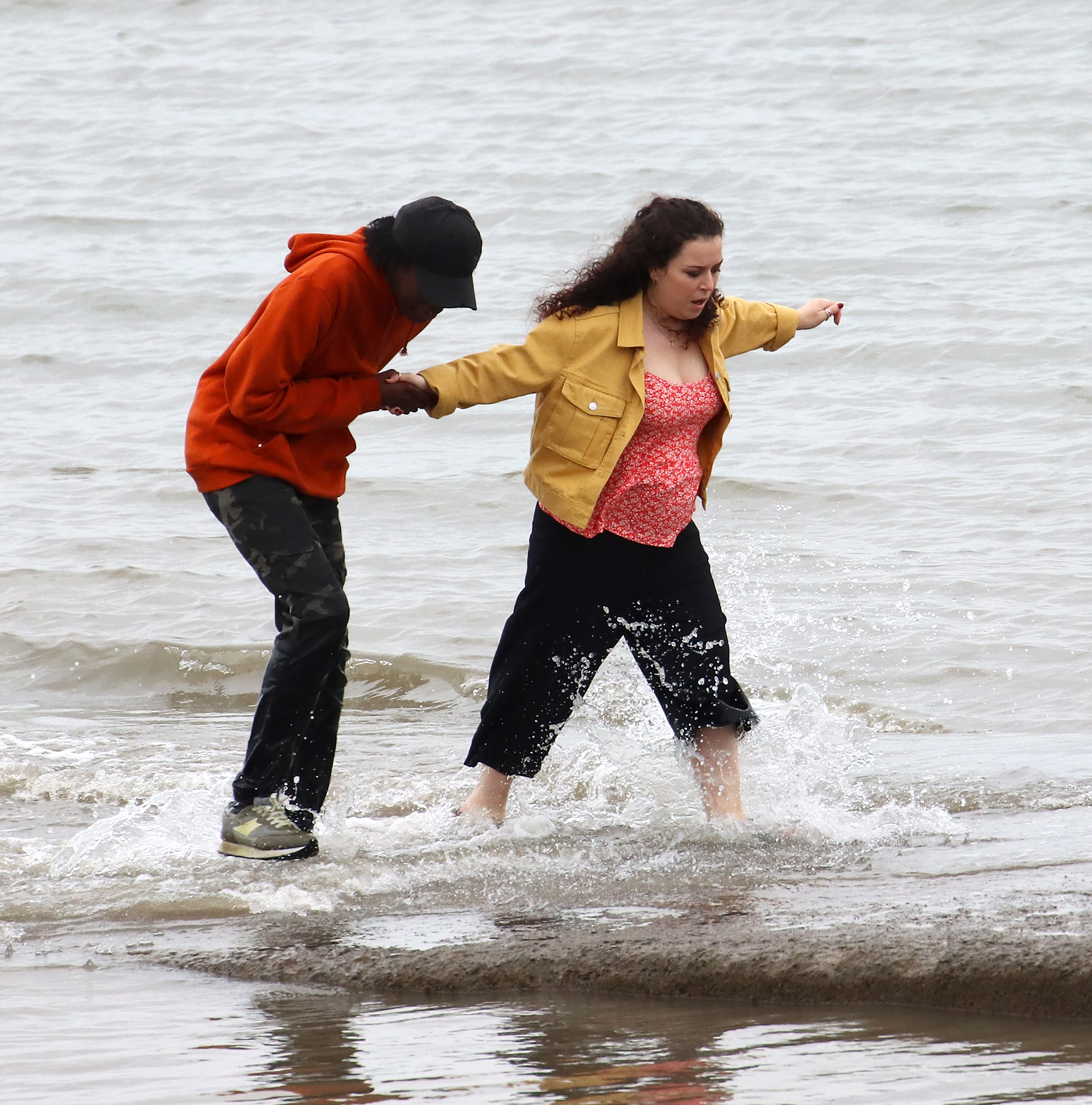 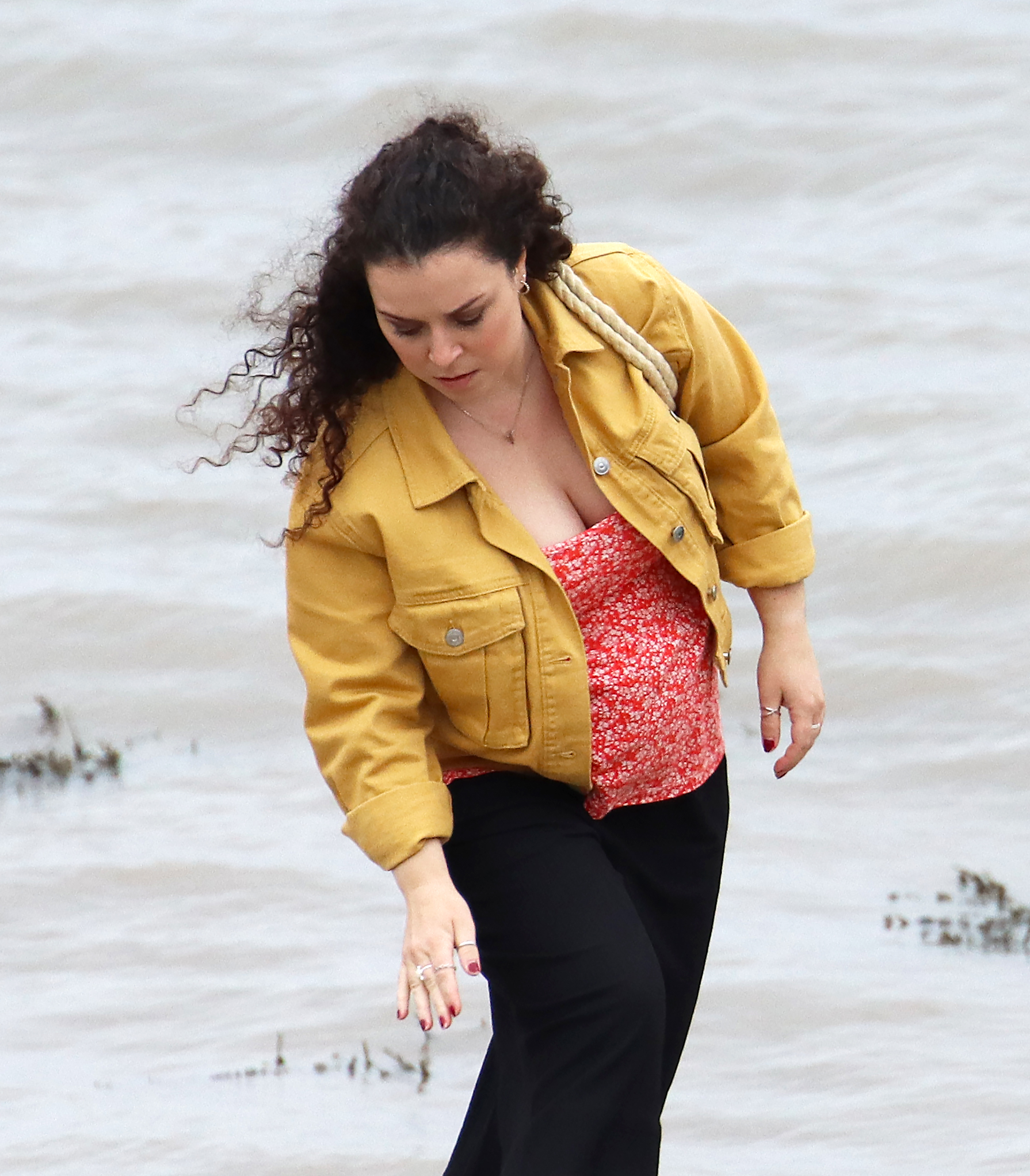 Dani already has a four-year-old daughter with her boyfriend Simon Brough called Avarie-Belle Betsy Brough, to who she gave birth in 2016.

And now the star is pregnant again – handily she is also filming the new series 'My Mum Tracy Beaker'.

The star was spotted wading into the sea at Clevedon seafront as she films scenes for the spin-off.

The 32-year-old actress braved the cold water as she filmed with a co-star who ran into the sea.

Dani can also be seen getting her feet dried with a towel by a crew member after filming the chilly clip.

Her growing baby bump could be seen under a flowy red top and a yellow-mustard coloured denim jacket.

Paired with her colourful upper half, she wore baggy black trousers on her bottom.

She wore her curly long brunette locks down and left her hair to tousle in the wind behind her.

It comes after Dani confessed the trolling she received after the spin-off was announced over her weight had affected her mental health.

Announcing the new series 'My Mum Tracy Beaker' should have been a very exciting time in my life and I couldn’t wait to share it with everyone on social media!"

Adding: "But unfortunately even though I got hundreds of thousands of wonderful positive message they were overshadowed by the handful of really cruel ones.

"These messages about my weight and appearance caused huge anxiety and upset to the point I didn’t even want to look at my phone or leave the house!" 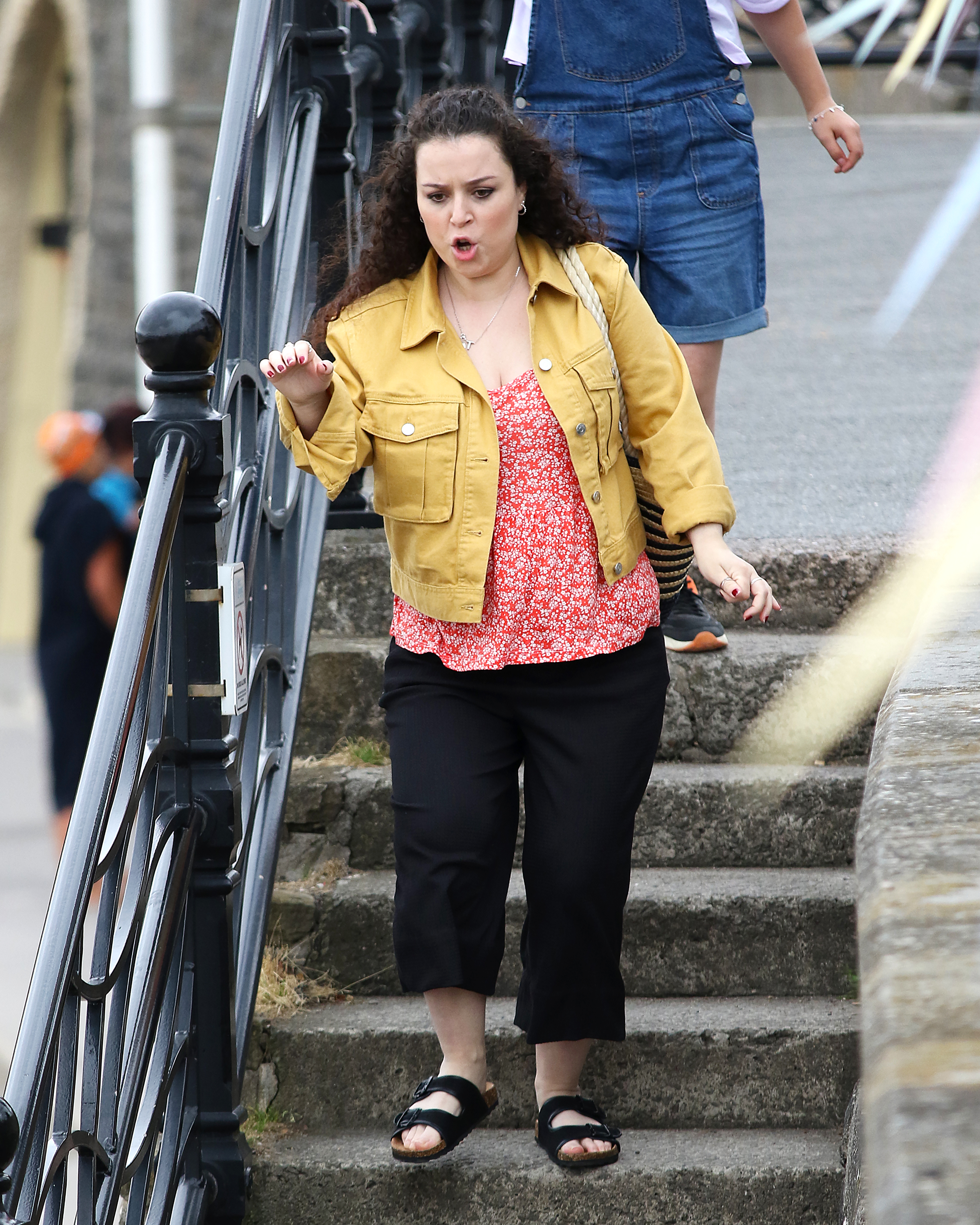 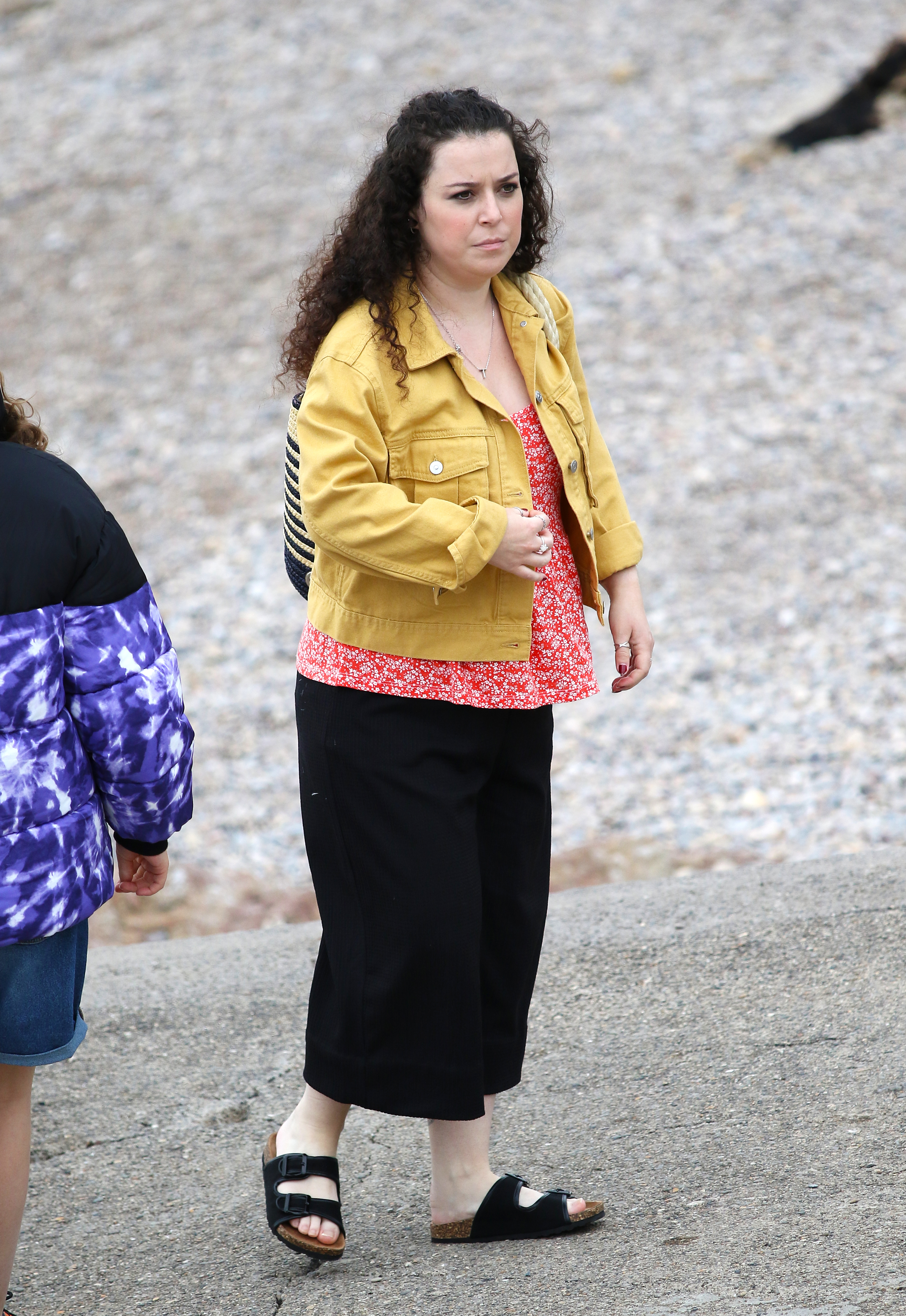