Prince Andrew was watched by many this weekend as he spoke to BBC journalist Emily Maitlis about his relationship with convicted paedophile Jeffrey Epstein. During the interview he made a number of claims, which he suggested exonerated him from accusations he had known about Epstein’s actions with underage women.

This morning on Good Morning Britain, hosts Piers Morgan and Susanna Reid were keen to discuss Prince Andrew’s claims he doesn’t hug people, doesn’t go out without a tie and suit jacket on, and didn’t sweat.

Piers began by welcoming Gloria Allred, an American attorney representing victims of Mr Epstein: “All I can say is, even if a victim makes mistakes about small details, it doesn’t mean something more significant hasn’t happened.”

Piers pointed out Prince Andrew claimed he always wore a jacket and tie, despite there being photo evidence of the Prince without these garments.

Lady Colin Campbell chimed in to dispute the claims herself, however, as she announced: “I think what he was trying to say is he doesn’t usually [wear a jacket and tie], he obviously occasionally did. 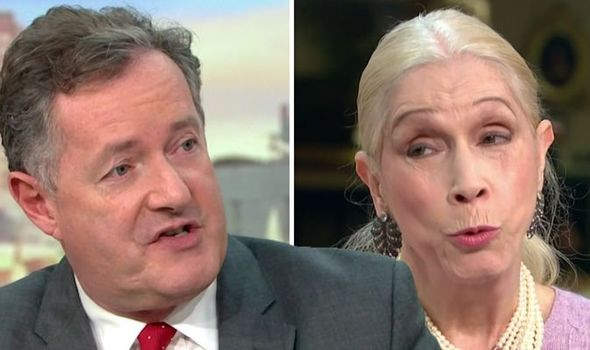 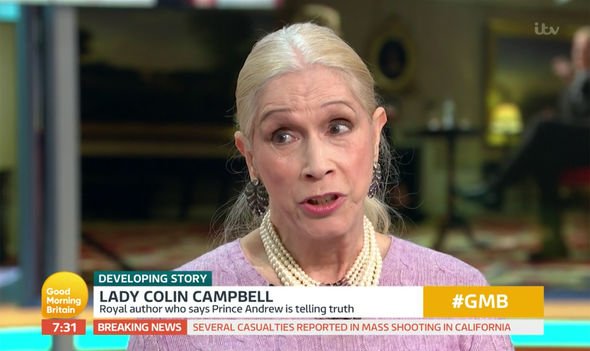 “Most no one wears a jacket on the South of France.”

After diving into the topic of Prince Andrew being seen outside clubs, Lady Campbell began chuckling at the situation.

Piers instantly spat: “The thing is Lady Colin Campbell is it’s not funny!”

“At the heart of this, you can’t argue that Jeffrey Epstein has been convicted of paedophilia!” 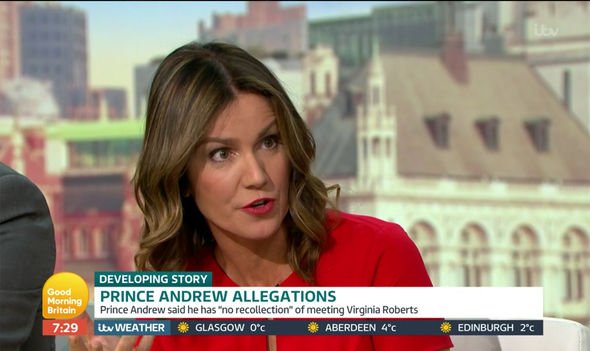 Lady Colin Campbell jumped in to say: “You all seem to have forgotten, that Jeffrey Epstein, the offence of which he was charged, and for which he was imprisoned, was soliciting prostitution from minors – that is not the same thing as paedophilia.”

Confused, Piers asked: “Well what do you call it?” to which she retorted: “Prostitution!”

Piers went on: “If you solicit a 14-year-old for prostitution you’re a paedophile!”

Piers viciously hit back: “It does matter! You’re procuring an underage girl for sex!

“I’m sorry, with respect, that is nonsense!”

Lady Colin Campbell doubled down on her position, as she went on: “No! Paedophilia – I suspect there is a difference between a minor and a child.”