Loose Women returned to television screens today as host Andrea McLean was joined by panellists Coleen Nolan, Janet Street Porter and Brenda Edwards. One of the guests was Princess Margaret’s closest confidante Lady Anne Glenconner who spoke about Queen Elizabeth’s coronation and the rules the ladies in the party had to follow in order to be chosen.

Lady Glenconner served as lady-in-waiting to Princess Margaret for 30 years and was a close friend right up until the royal’s death in 2002.

Today she joined ITV Loose Women to talk about the role and conversation quickly turned to one of the most important moments of her life.

Andrea kicked off the story by bringing up an old photograph of Lady Glenconner in line with Queen Elizabeth at the royal’s coronation.

“There’s a picture of the Queen’s coronation. Can we bring that one back up again?” Andrea asked. 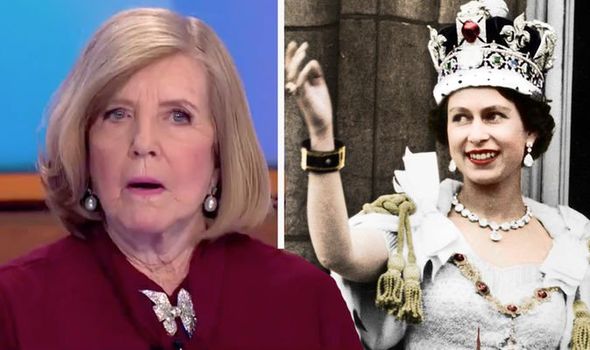 As the image emerged, Lady Glenconner was highlighted as third from the left and the host exclaimed: “There you are!”

This then prompted their guest to discuss the moment.

Lady Glenconner said: “I must say, that was the most marvellous thing to ever happen to me.

“I was so lucky because we had to be unmarried, we had to be daughters of Earls, Marquises or Dukes,” she explained. 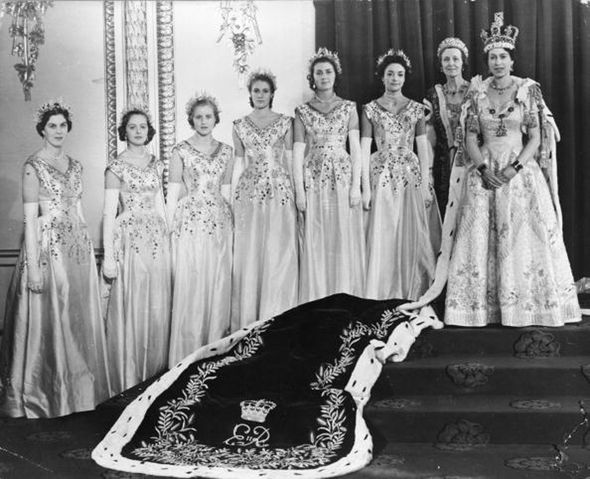 “And on the whole, are parents were friendly with the Queen Mother and the late King.

“My mother was walking just behind me and we dressed together and I remember waking up, it was pouring with rain that morning.

“I was sleeping on the floor because London was packed, there wasn’t a room to be had.

“Our old Uncle lent us his flat with one bedroom, so my mother obviously had the bed and I had the floor.

“And I remember waking up and seeing my coronation dress, so beautiful because during the war we were still rationing and I’d never had a dress like that.

“I remember looking at it hanging on the cupboard and thinking ‘I’m going to wear that today’ and it was just magical,” she fondly added.

Lady Glenconner recently spoke out about the other requirements which were necessary in order to be part of the big celebration.

The Queen is now the longest reigning monarch and her coronation in 1953 was estimated to cost approximately £1.5million at the time, which equates roughly to more than £43million today.

It was watched by 27 million people in the UK and was the first coronation ever to be televised.

Lady Glenconner was in fact the “Maid of Honour” and she “had to have a nice figure” she explained to BBC Breakfast hosts last week.

Sean Hannity Has Chris Cuomo's Back After Rant Over 'Fredo' Insult