“I should be getting paid by Coors for all of this,” Zabka tells TheWrap 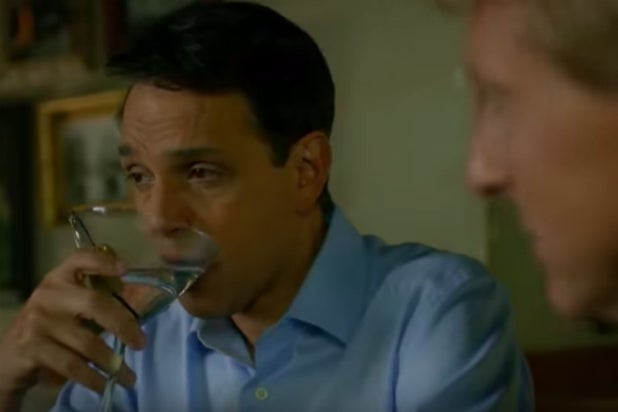 (This story originally published on April 17, 2019, and has been republished ahead of the “Cobra Kai” Season 3 premiere Jan. 1 on Netflix. The series originally streamed on YouTube’s paid platform.)

“It’s just kind of an avant-garde, off-the-grid beer — people know about it now,” Zabka said, crediting the show for reinvigorating the 1873 brew.

Not that he’s actually ever had one.

“I haven’t really drank a Coors Banquet on the set, because all of that’s water and iced tea, so I can’t totally vouch for it yet,” he said. “But the bottles look cool, man.”

“I should be getting paid by Coors for all of this,” Zabka said.

“When we sold the show — or we were confident we sold the show — the five of us — Jon [Hurwitz], Josh [Heald], Hayden [Schlossberg], Billy [Zabka] and I — went to dinner and we all ordered martinis because we did so well at the pitches,” he said. “And when I ordered mine, I didn’t know that anyone was listening to me, and I said, ‘I’ll have a Ketel [One vodka] straight-up, ice — ICE — cold.’ And then all of a sudden it’s in the script.”

Watch the video below to see how that jab played out on-screen.

“Now anytime the five of us are together… we order them,” Macchio said of his co-star and the series’ three creators, “and then each one of us tries to up the ante for how cold it needs to be.”

It's Official: Matt James Is the First Black Bachelor

Is there a Stan Lee cameo in new ‘Spider-Man’ movie?