Reese Witherspoon reminisced over her 2002 movie, ‘Sweet Home Alabama’, amid new talks of a potential sequel.

Josh Lucas, 50, really wants to make a sequel to his 2002 movie, Sweet Home Alabama. The only problem? He’s not sure if his co-star, Reese Witherspoon, 45, would have the time to do it. But a new message from her on July 8 has fans wondering whether she’s finally agreeing to join Josh and make another movie together.

“Look, I would love to do the sequel. The issue is Reese’s got a book club. And I’m saying that like laughingly, but Reese is, you know, I’ve heard like, ‘Oh, you can talk to her about stuff five years from now.’ You know, she’s a mogul,” Josh said during an appearance on SiriusXM’s Pop Culture Spotlight with Jessica Shaw on July 6. 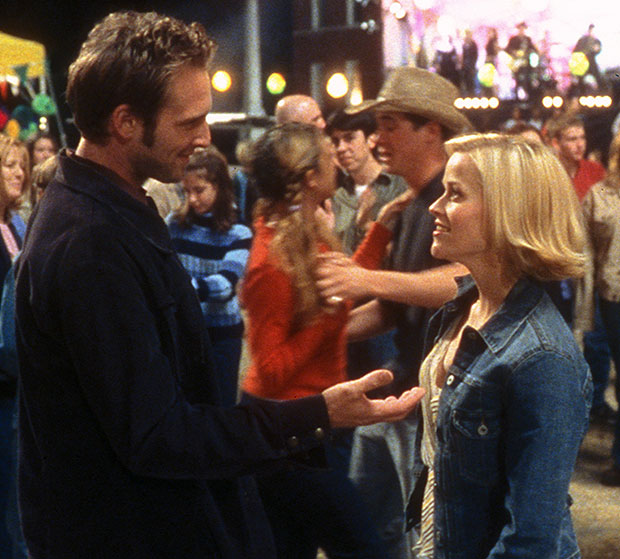 “And back when I was doing Sweet Home Alabama, I, for some reason, remember telling the director or somebody speaking about her, but I said, ‘I bet this woman ends up running a movie studio one day.’ And she’s even beyond that at this point. … I mean it’s extraordinary and not surprising either, at all,” he continued.

Even though Josh has been pushing for a sequel for many years now — he previously expressed interest in 2019, when he said the original movie’s director, Andy Tennant, had ideas in mind — nothing’s ever gone further than that.

But on July 8 — just two days after Josh’s interview — Reese took to Instagram and shared a bunch of screen-grabs from the movie. The scene she showed was the one when Reese’s character, Melanie Carmichael, called off her wedding to Patrick Dempsey’s Andrew Hennings once she realized she was still in love with her childhood sweetheart, Jake Perry, who was played by Josh Lucas.

“Do you remember what she said?” Reese asked her followers, and Dakota Fanning, who played the younger version of Melanie in the movie, replied, “The truth is I gave my heart away a long time ago, my whole heart, and I never really got it back”.

So was Reese hinting at a sequel to the movie? That’s not clear at this time, but we do think the timing of her post is certainly suspicious.